Juneau has been the capital of Alaska since 1906, when the government of the then-District of Alaska was moved from Sitka as dictated by the U.S. Congress in 1900.

Downtown Juneau sits at sea level below steep mountains about 3,500 feet (1,100 m) to 4,000 feet (1,200 m) high. Atop those mountains is the Juneau Icefield, a large ice mass from which about 30 glaciers flow; two of these, the Mendenhall Glacier and the Lemon Creek Glacier, are visible from ground level.

Juneau is larger in area than the state of Delaware and was, for many years, the country's largest city by area. Juneau continues to be the only U.S. state capital located on an international border: it is bordered on the east by Canada. 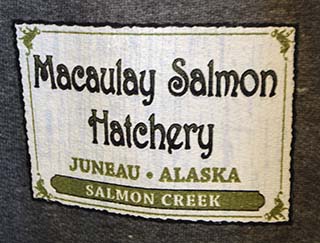 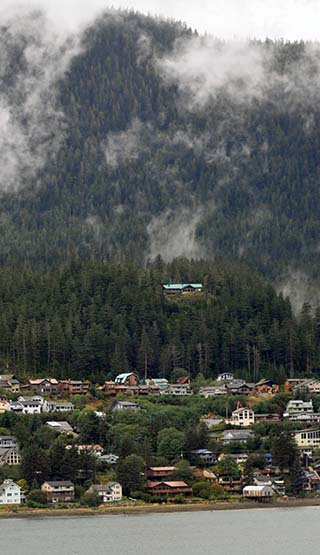 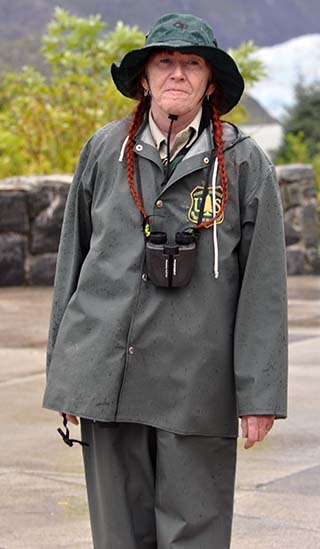 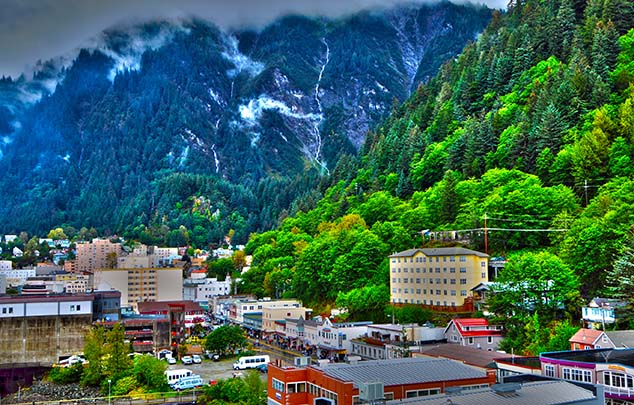 This is a look at a part of downtown Juneau, Alaska; that's Mt. Juneau in the background. Did You Know? Juneau receives over a million visitors by cruise ship each year, primarily in the summer months. 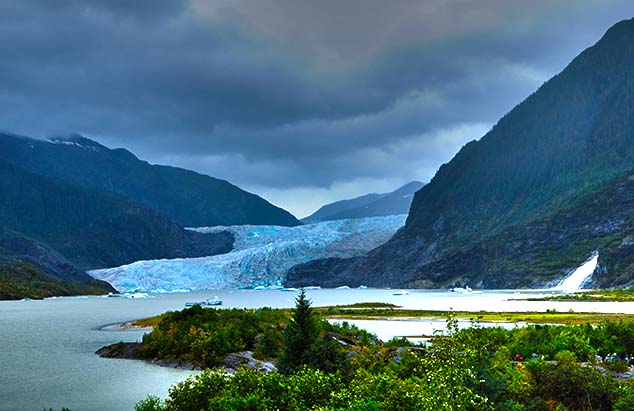 The vast percentage of visitors to this part of Alaska come to see the 12-mile-long Mendenhall Glacier, extending from the Juneau Icefield, its source, to Mendenhall Lake and ultimately the Mendenhall River. 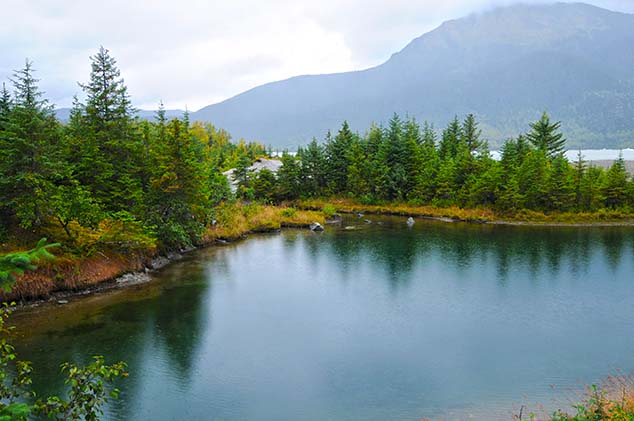 This is a small part of beautiful Mendenhall Lake, an area known for its wildlife, especially its black bear population. 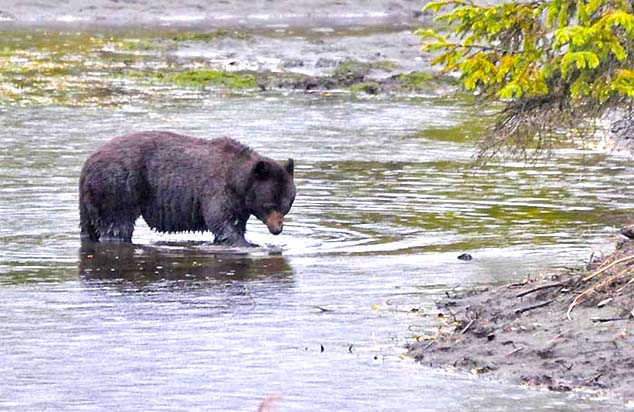 And this is one of the local black bears. It is North America's smallest and most common bear species. Black bears are omnivores with their diets varying greatly depending on season and location. They typically live in largely forested areas, but do leave forests in search of food. 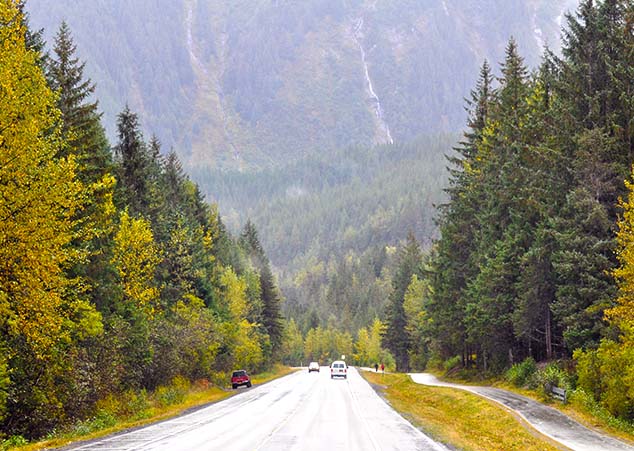 When you drive in Alaska this is a very common view as mountains and countless trees typically front the highways. 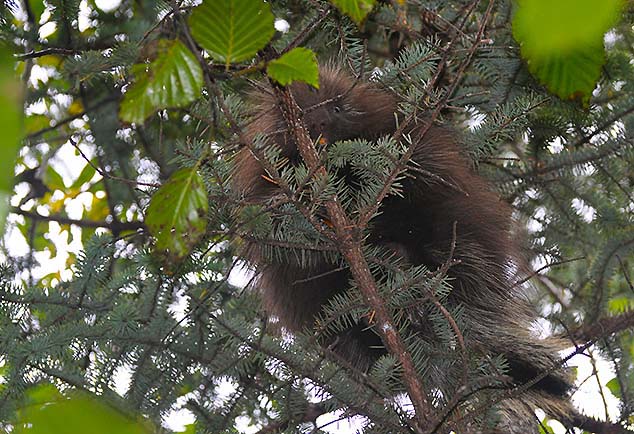 While walking through the woods surrounding Mendenhall Lake, I looked up, and there in a tree was a North American porcupine. They're usually found in coniferous and mixed forested areas in Canada, Alaska and much of the northern and western United States. They typically make their dens in holes in trees or in rocky areas. Note the orange tongue. 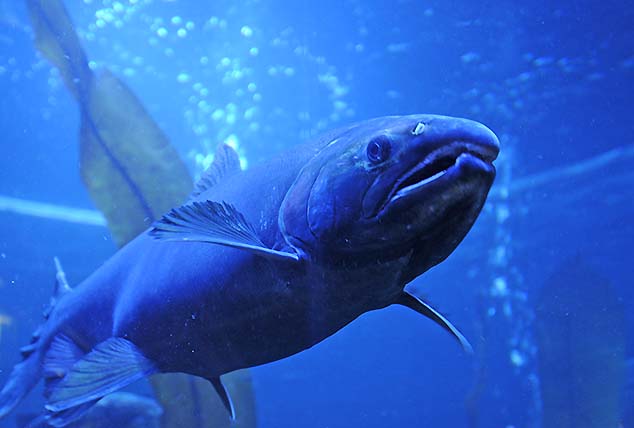 i photographed this salmon inside Juneau's Macaulay Salmon Hatchery. The hatchery is permitted to incubate 121 million chum, 50 million pink, 1.5 million coho and 950,000 chinook salmon annually. The facility provides a diversity of enhancement programs that benefit commercial, sport and subsistence users of the salmon resources as well as producing harvestable surpluses of fish for cost recovery. 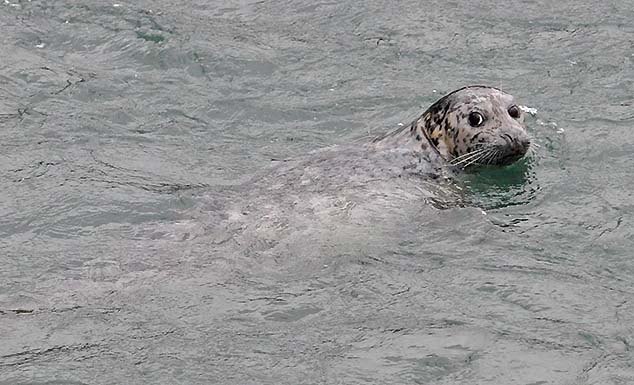 And of course, where salmon are in the water, harbor seals are not far behind. This was one of a large group swimming near the entrance of the Macaulay Salmon Hatchery mentioned above.