The Inside Passage of Alaska's Panhandle that fronts the Pacific Ocean and Canada's British Columbia includes an estimated 1,000 islands, 15,000 miles of shoreline and thousands of coves and bays.

The Inside Passage is heavily travelled by cruise ships, freighters, tugs with tows, fishing craft and ships of the Alaska Marine Highway, BC Ferries, and Washington State Ferries systems. 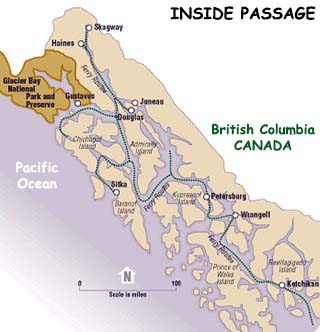 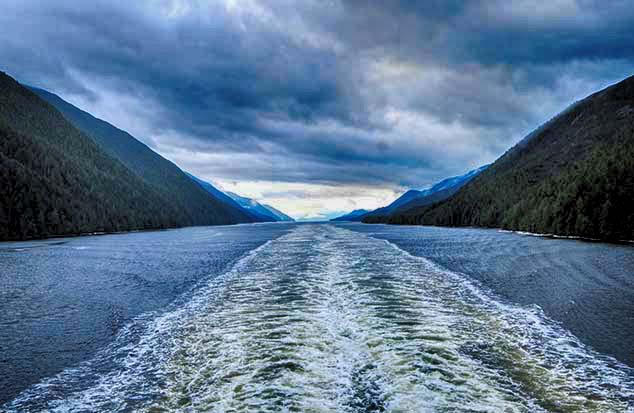 A cruise ship, protected from the often rough waters of the Pacific Ocean, sails north in the Alexander Archipelago, a part of Alaska's Inside Passage.

The scenery along the route is typical Alaska; crisp, clean water, trees everywhere, as well as a scattering of islands, hills and mountains, both small and large. 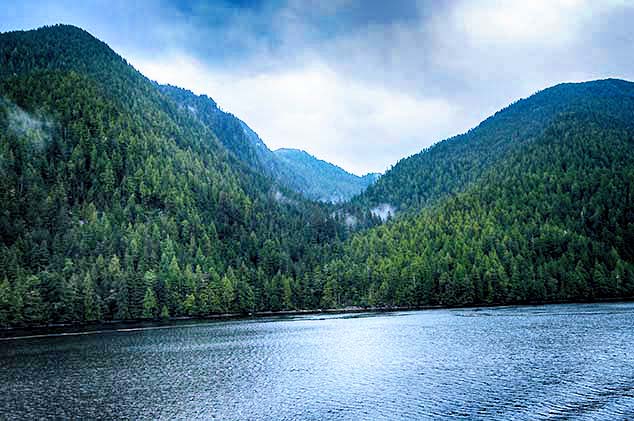