Alaska is the largest U.S. State - in fact it is larger than all but 18 countries of the world, and about 1/5 of the total land area of the 48 contiguous states.

From grizzly bears to polar bears, and from humpback whales to sea otters, wildlife abounds across Alaska. In fact, Anchorage is probably the only city in the United States that has a major moose problem, as there are hundreds within the city limits, see photo bottom right.

Alaska is like no other place on our planet. It's a constant adventure for those that live there, and for those fortunate enough (or smart enough) to travel there, and it often proves to be their most exhilarating and worthwhile adventure.

These are a few public domain photos found across the web. Most were shot by U.S. Federal or Alaska government employees in the course of their duties; enjoy.

Please Note: Images on this page are public domain because they've been released as such, or they were a work of a National Park Service employee, a Federal government or state employee, and created during the course of that person's official duties, and to them we say, Thank You. 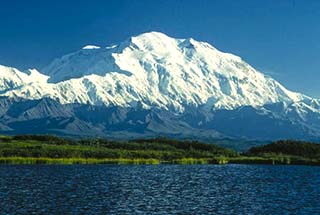 Mount McKinley, or Denali, is the highest mountain peak in the United States and in North America, with a summit elevation of 20,320 feet (6,194 m) above sea level. 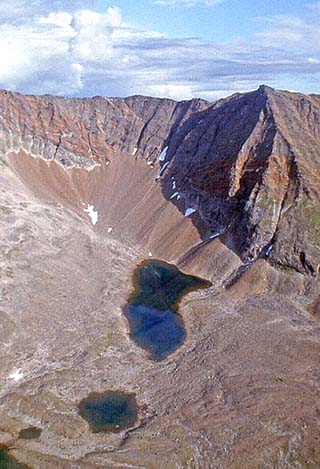 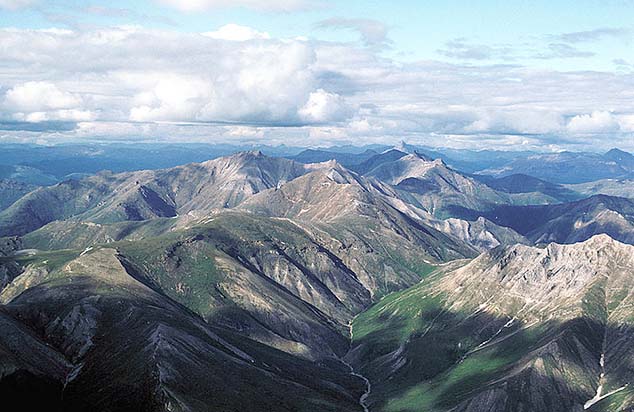 Gates of the Arctic National Park and Preserve is a U.S. National Park in Alaska. It is the northernmost national park in the U.S. (the entirety of the park lies north of the Arctic Circle) and the second largest at 13,238 miles (34,287 km²), about the same size as Switzerland. The park consists primarily of portions of the Brooks Range of mountains (shown) 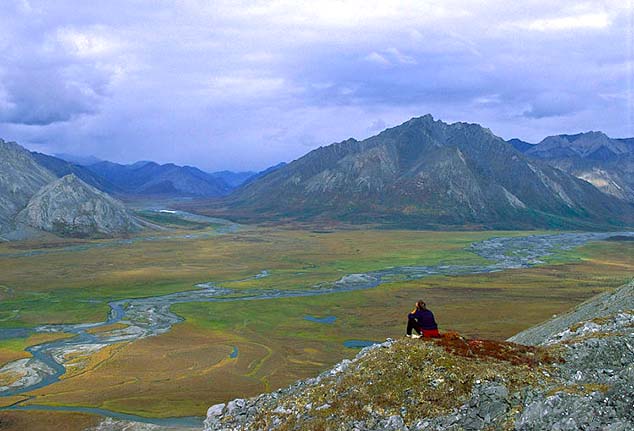 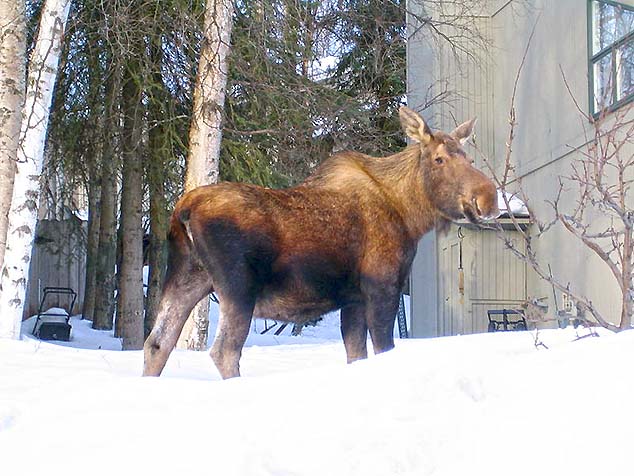 Yes, moose regularly wander through Fairbanks, Alaska neighborhoods. While generally docile, they do pose a threat to humans and pets because of their defensive and protective instincts, so when encountered it's best to retreat. 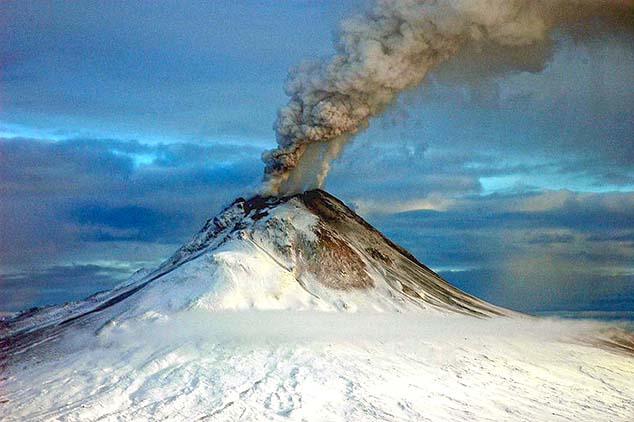 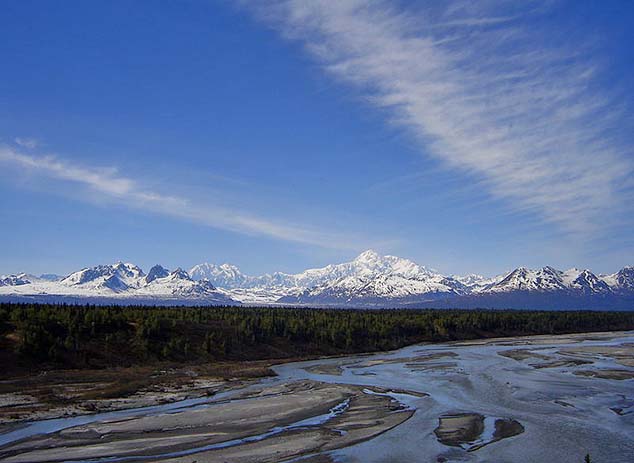 The Alaska Range is a relatively narrow, 650-km-long (400 mi) mountain range in the south central region of the U.S. state of Alaska. The highest mountain in North America, Denali, (or Mount McKinley), is in the Alaska Range. 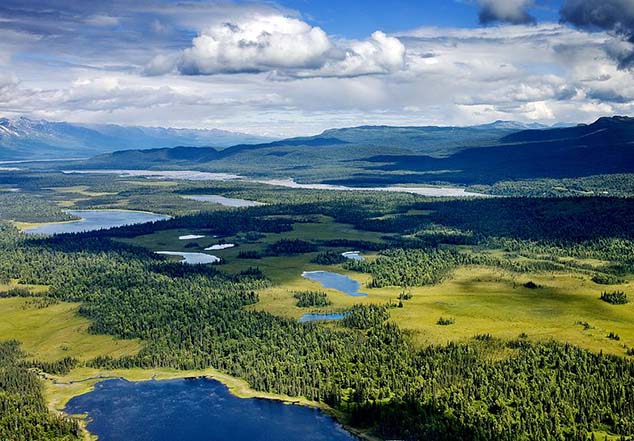 Denali National Park and Preserve (the home of Mt. McKinley) is six million acres of wild land, bisected by one ribbon of road. Travelers along it see the relatively low-elevation taiga forest give way to high alpine tundra and snowy mountains. Wild animals large and small roam unfenced lands, living as they have for ages. Solitude, tranquility and wilderness await.