Fairview Lawn Cemetery in Halifax, Nova Scotia, is a Canadian cemetery that is perhaps best known as the final resting place for over one hundred victims of the sinking of the RMS Titanic. Officially known as Fairview Lawn Cemetery, the non-denominational cemetery is run by the Parks Department of the Halifax Regional Municipality.

The cemetery contains a cross section of Halifax's 20th century residents including a Greek section and a Chinese section as well as a mass grave of victims from the Halifax Explosion and many other graves. Because of its Titanic association, it remains one of the most popular tourist attractions in Halifax. 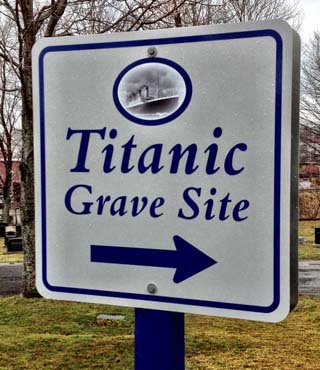 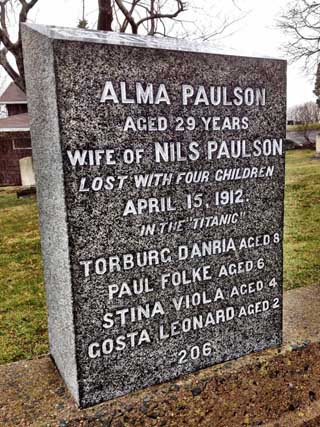 Alma Paulson and her four children were on the Titanic, traveling to New York City to reunite with Mr. Paulson. Because of high transportation costs, she booked passage in 3rd class.

When the ship began to flounder, she made her way to the lifeboat deck the best she could, but once there, all of the lifeboats were gone. On deck with the ship about to sink and with four frightened children hanging to her skirt, she played the harmonica in an attempt to soothe them the best she could. All would drown in the frigid North Atlantic Ocean, and sadly, the children's bodies were never recovered. 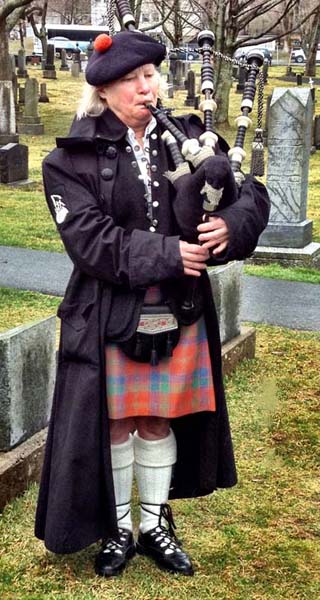 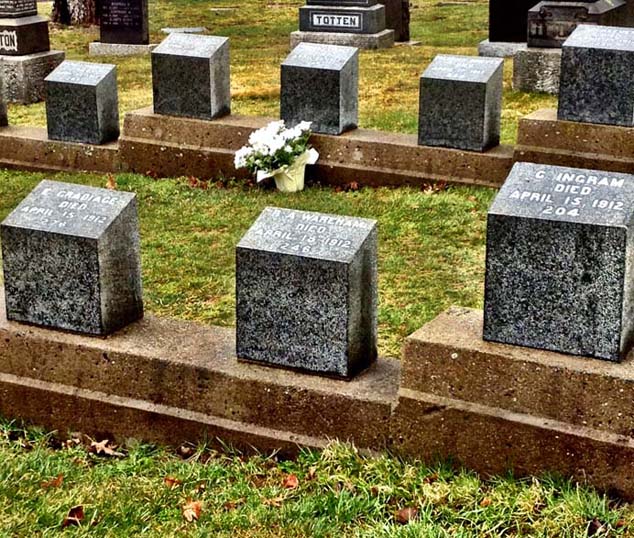 One hundred and twenty-one victims of the RMS Titanic sinking are interred at Fairview, more than any other cemetery in the world. Most of them are memorialized with small gray granite markers with the name and date of death. Some families paid for larger markers with more inscriptions. The occupants of a third of the graves, however, have never been identified and their markers contain just the date of death and marker number. Surveyor E. W. Christie laid out three long lines of graves in gentle curves following the contours of the sloping site. By coincidence, the curved shape suggests the outline of the bow of a ship. 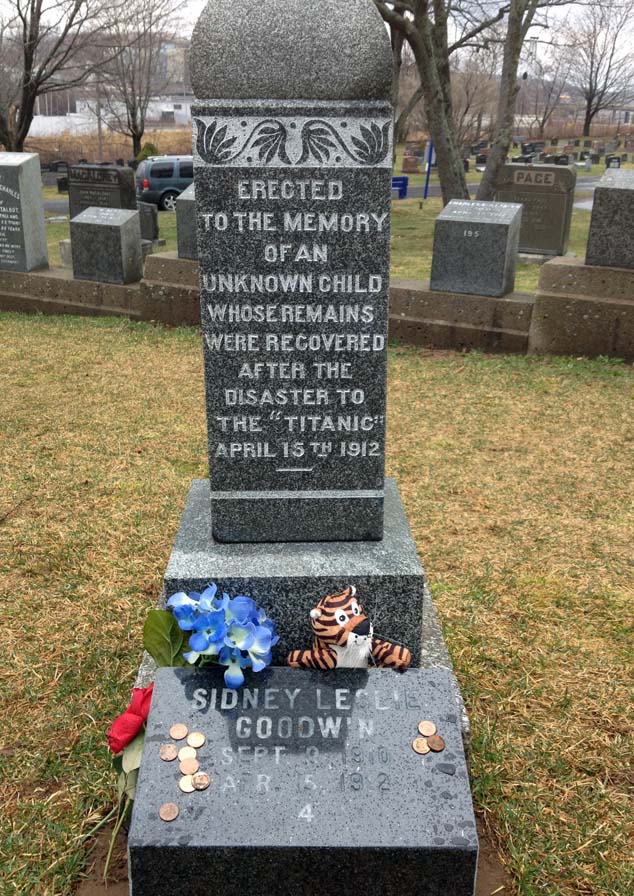 One of the more well-known Titanic markers is for an unidentified child victim, known for decades as The Unknown Child. No one claimed the body, so he was buried with funds provided by sailors of the CS Mackay-Bennett, the cable ship that recovered his body. The marker bears the inscription 'Erected to the memory of an unknown child whose remains were recovered after the disaster of the "Titanic" April 15th 1912'. In November 2002, the child was initially identified as 13-month-old Eino Viljami Panula of Finland. Eino, his mother, and four brothers all died in the Titanic disaster. After additional forensic testing, the unknown child was re-identified as 19-month-old Sidney Leslie Goodwin, an English child who perished with his entire family. 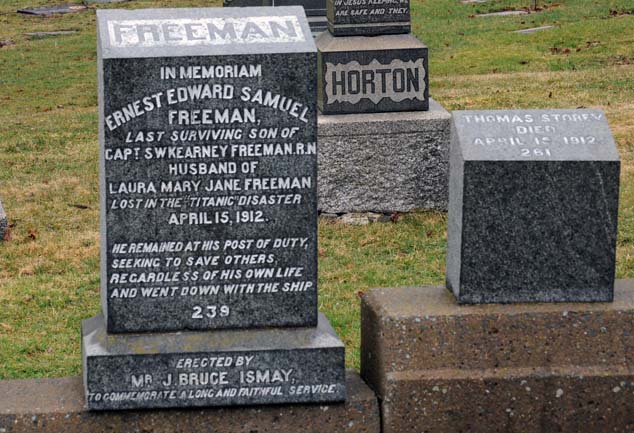 Mr. Ernest Edward Samuel Freeman, 43, was born in London. He signed on to the Titanic, on 4 April 1912. He was listed as Chief Deck Steward on the Titanic, but he was actually a secretary to White Star Chairman, J. Bruce Ismay. He went down with the ship but not before he helped save dozens of passengers. He is one of the true heroes of that tragic event. 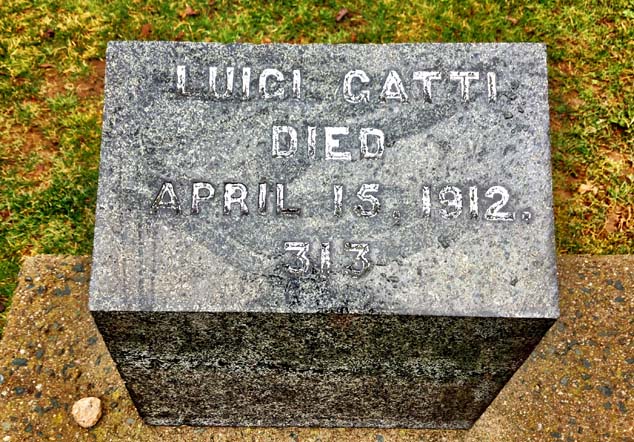 Sig. Gaspare Antonino Pietro (Luigi) Gatti, 36, was born in Montalto Pavese, Italy. He joined the restaurant business at an early age, and in London he ran two Ritz restaurants, the 'Gatti's' Adelphi' and the 'Gatti's Strand'. On the Titanic, he ran the à la carte restaurants with staff drawn from his two London restaurants.