The Virgin Islands, an organized, unincorporated territory of the United States were originally settled by the Ciboney, Carib, and Arawaks peoples.

First named by Christopher Columbus in 1493 for Saint Ursula and her virgin followers, these islands are renown for white sand beaches, crystal-blue waters and idyllic sailing venues.

Steeped in maritime history and remnants of the many European cultures, the U.S. Virgin Islands remain one of the busiest cruise ship ports and family vacations destinations in all of the Caribbean.

Covered with red-roofed buildings and houses, the capital city of Charlotte Amalie sits amidst lush green hills, and is widely considered the most beautiful port in the Caribbean. The duty-free shopping, hotels and restaurants on St. Thomas and St. Croix are second to none. 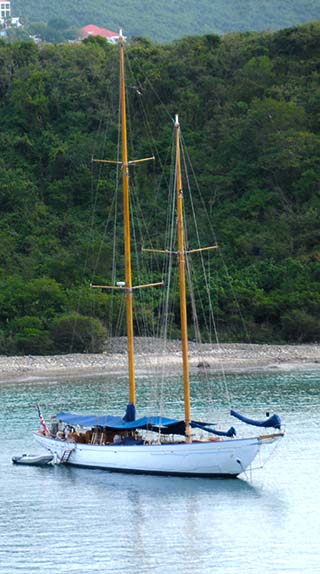 An idyllic cove on the island of St. Thomas. 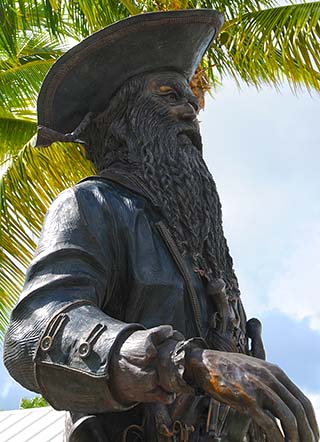 Blackbeard's Castle is one of five National Historic Landmarks in the U.S. Virgin Islands. It is located in the city of Charlotte Amalie, on St. Thomas. It has become part of the lore of the island that he used the tower as a lookout for his own purposes of piracy. 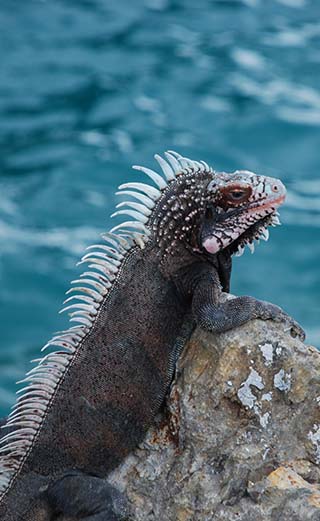 If you've spent some time in the U.S. Virgin Islands, particularly St. Thomas and St. John, you have likely come across the popular resident, the iguana. Iguanas are a type of lizard native to tropical areas of Central and South America and the Caribbean. 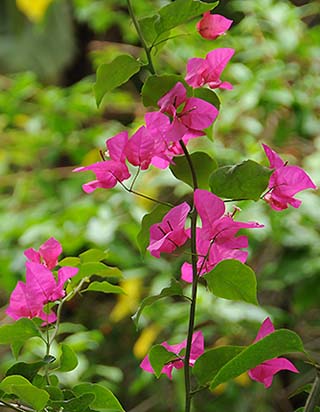 Flowers grow like weeds across the US Virgin Islands. 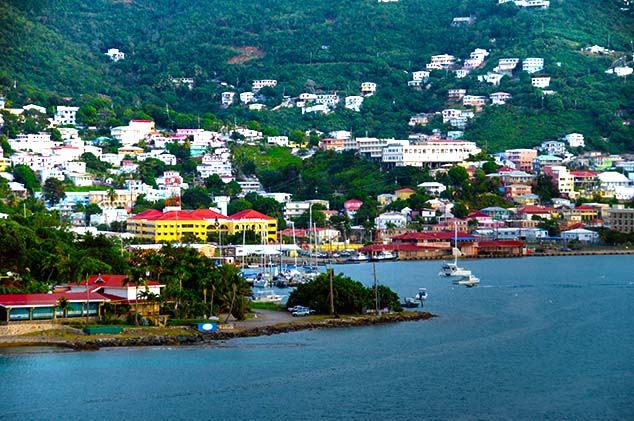 Charlotte Amalie is the capital and largest city of the U.S. Virgin Islands. First founded in 1666 as Taphus (meaning "beer houses"), the town was renamed to Charlotte Amalie after the queen consort to King Christian V of Denmark. It contains a deep-water harbor that was once a haven for pirates and is now one of the busiest ports in the Caribbean. 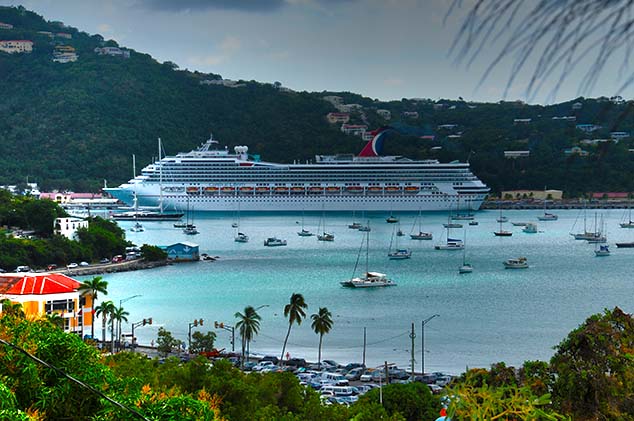 With more cruise ship visits a year than any Caribbean island, Charlotte Amalie is the most popular cruise ship destination in the Caribbean Sea. Up to eleven cruise ships can occupy the harbor on any given day - though usually there's about five. About 1.5 million cruise ship passengers visit on average per year. 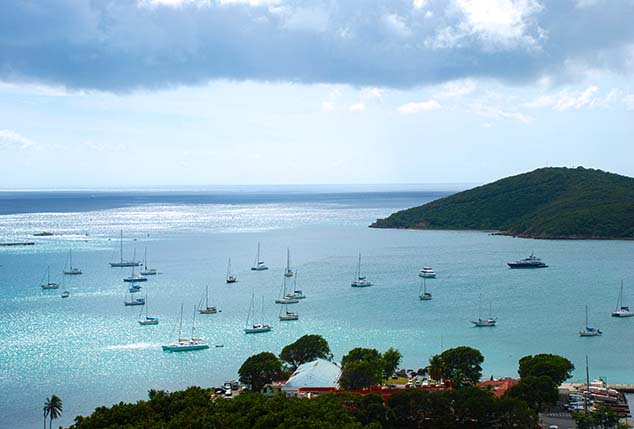 Hundreds of ferries, sailboats and yachts anchor in Charlotte Amalie's harbor each week, and the local population swells. 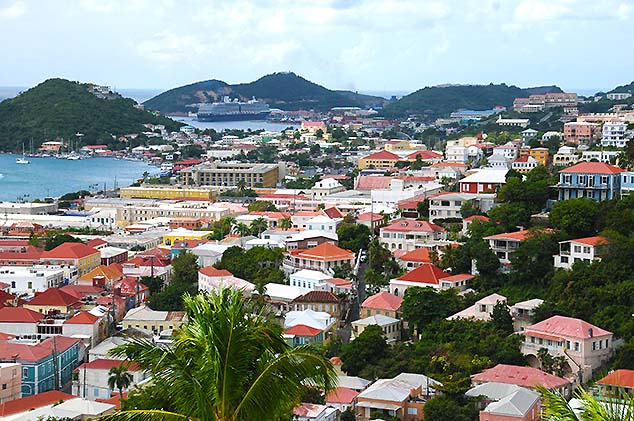 The city is known for its Danish colonial architecture, building structure and history, and a dozen streets and places throughout the city have Danish names. Charlotte Amalie has buildings of historical importance including St. Thomas Synagogue, the second-oldest synagogue in the Western Hemisphere, and the oldest Lutheran church in the Western Hemisphere, the Frederick Lutheran Church. 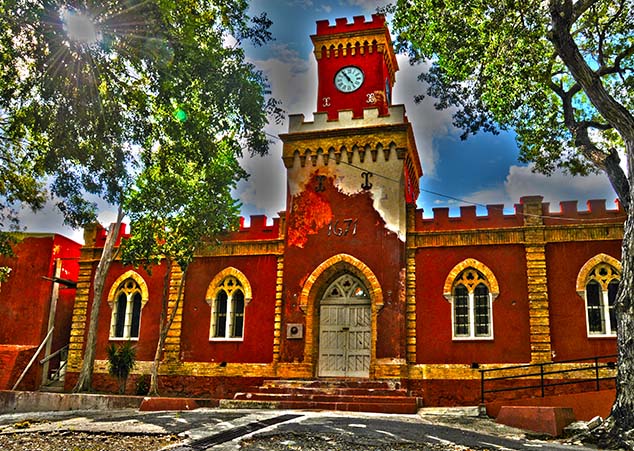 Fort Christian is a Danish-built fort in Charlotte Amalie. Built by the Danes beginning in 1671 and named after King Christian V, in the 18th century, the fort was expanded and in 1874 a new entrance with a Victorian Clock tower was added. As the oldest standing structure in the U.S. Virgin Islands, this fort has served as a town center, a government building, and a jail. It was designated a U.S. National Historic Landmark in 1977. As of April 2007 the fort went under renovation and those renovations are now almost totally completed. 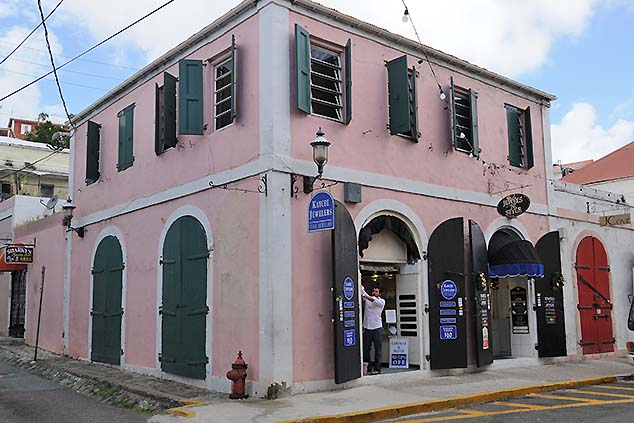 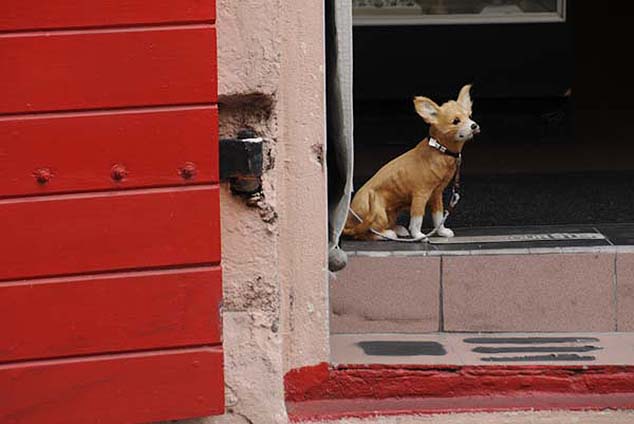 I have a soft-spot for dogs, and this little one was doing his best to guard a local shop on St. Thomas. 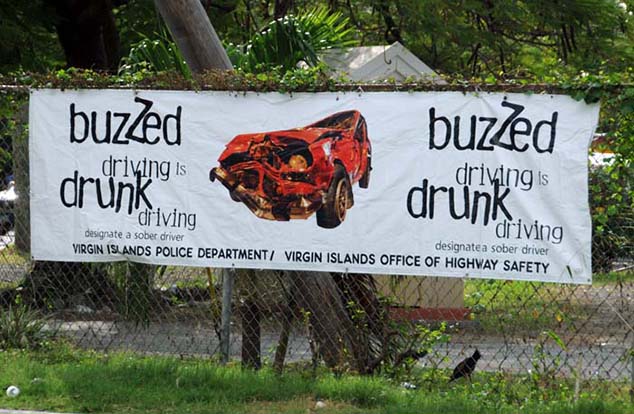 Driving laws such as no speeding or passing are not strongly enforced (as compared to the states). But obeying stop signs and traffic lights on St. Thomas are a must, and talking on your cellphone is an absolute no-no. And please, wear your seatbelt all the time, as they will pull you over for that. Drugs and drunk driving would be a very bad idea. Don't do it.