Cruz Bay is the main town on the island of Saint John in the United States Virgin Islands. According to the 2010 Census, Cruz Bay has a population of 2,913 people.

Cruz Bay, located on the west coast of Saint John, is the island's largest commercial center and the location of the main port on Saint John. The primary access to Saint John is through Cruz Bay Harbor.

Cruz Bay is home to numerous shops and restaurants which are frequented by tourists and locals alike. The Virgin Islands National Park Visitor Center, the Elaine Sprauve Library, a post office, and a bank are also located in Cruz Bay. 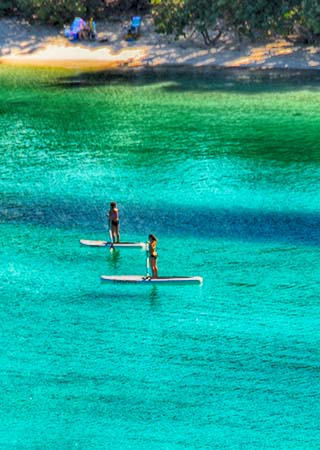 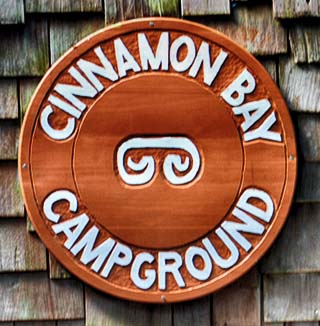 Travelers to St. John love the Cinnamon Bay Campground as it's close to the beach and seldom overcrowded. 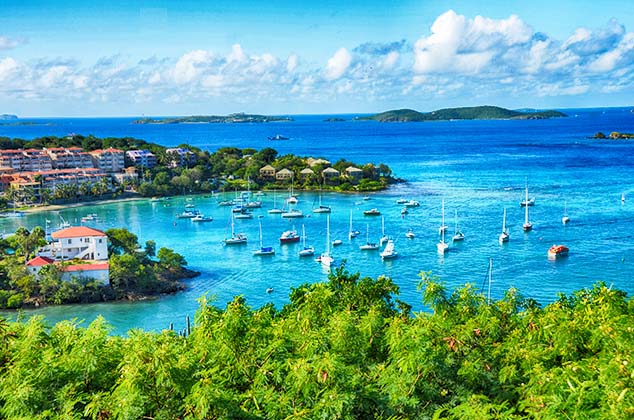 This is a view of the Cruz Bay harbor from a hill just to the north. The islands at the top of the photo are Great St. James and Little St. James. To the immediate right (not shown) is the island of St. Thomas 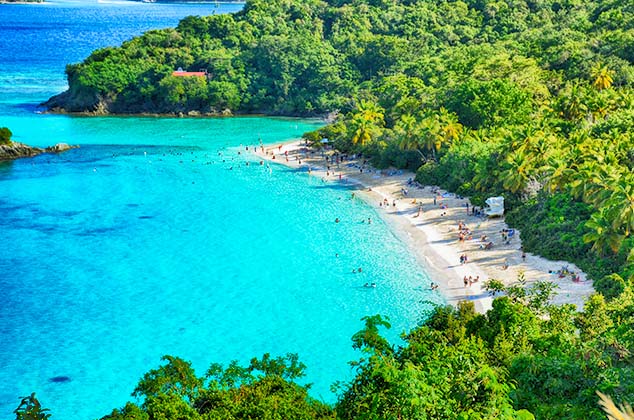 Trunk Bay has consistently been voted one of the "Ten Best Beaches" in The World by Condé Nast Traveler and has received similar recognition from other publications. It is one of the most popular beaches on the island, and the National Geographic Society labeled Trunk Bay as the most beautiful beach in the world. It's hard for me to disagree. 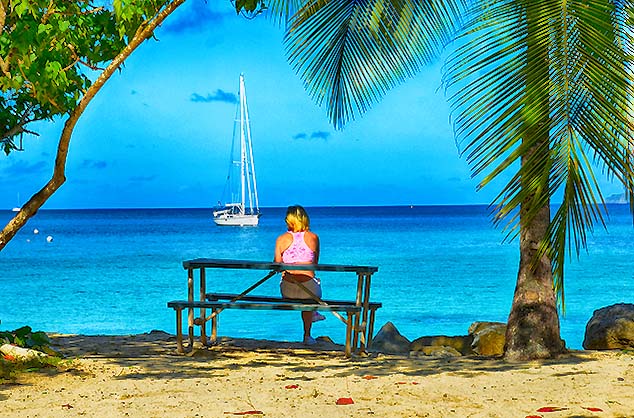 Beautiful St. John is a quiet, laid back island so it is the perfect care-free vacation destination, 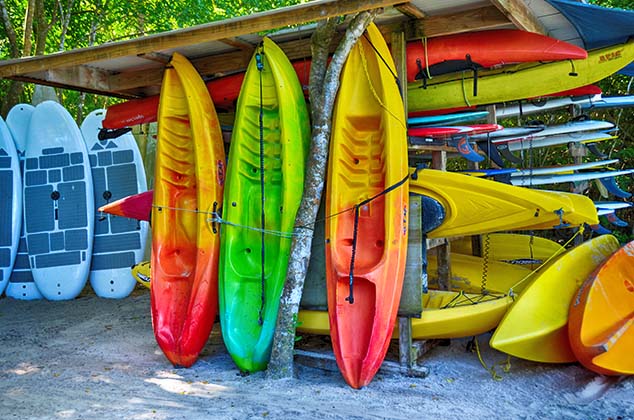 A wide variety of water sports can be enjoyed in the U.S. Virgin Islands, and equipment rentals are reasonably priced 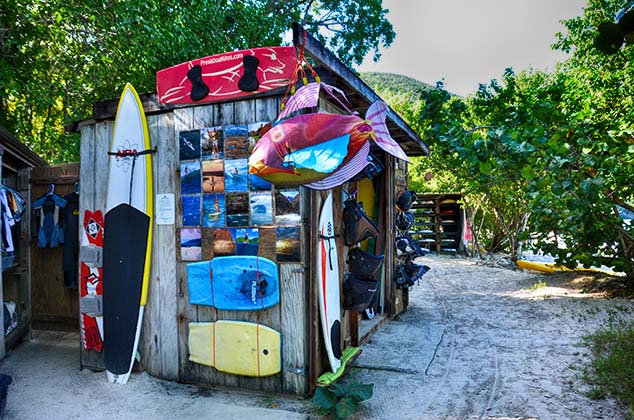 Surfing in St. John depends on the time of year and the current weather patterns, but waves in both Trunk Bay & Cinnamon Bay occasionally meet the need of hard-core surfers. 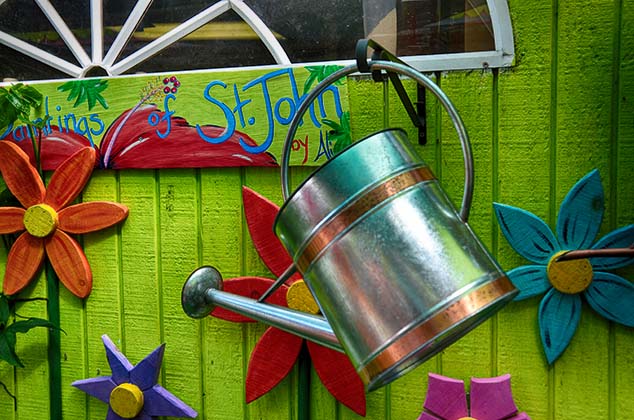 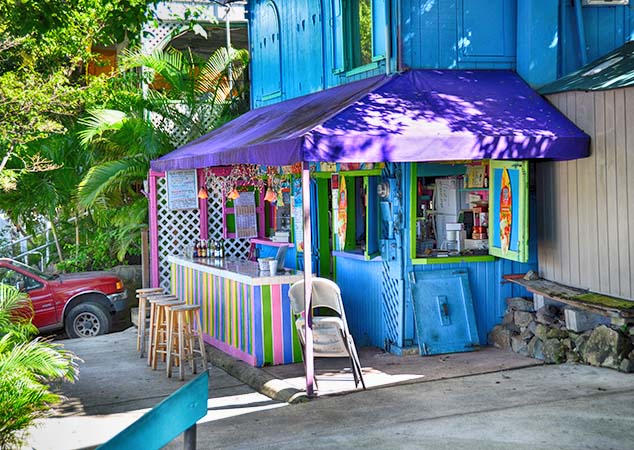 If St. John, USVI is anything, it is colorful and stylish....much like this small bar in Cruz Bay. 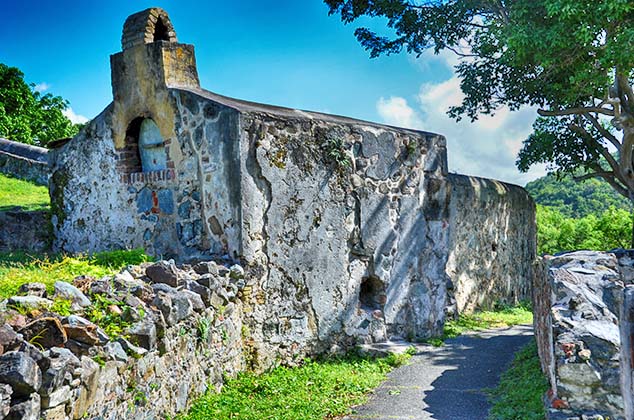 A walk through the historic Annaberg Sugar Mill Ruins on St. John provides a great deal of insight into the history and culture of the island during the plantation and post-emancipation eras.