On November 3, 1493, in an effort to find fresh water, Christopher Columbus landed on the large island of Guadeloupe during his second trip to the 'New World.'

Directly to the south, Terre-de-Haut is a commune of Guadeloupe as well as the most populous island of the archipelago of the les Saintes. It is also the most touristy municipality in les Saintes archipelago, with hotels bungalows, bars and restaurants.

Bourg des Saintes, the main port town, has many small guest-houses, eateries, French-Creole shops, and an active harbor. The Euro is coin of the realm, and French is the language of the day. 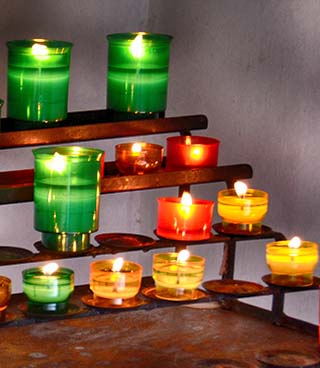 Candles burning in a small church in Terre-de-Haut. 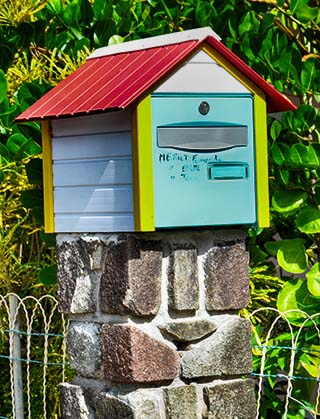 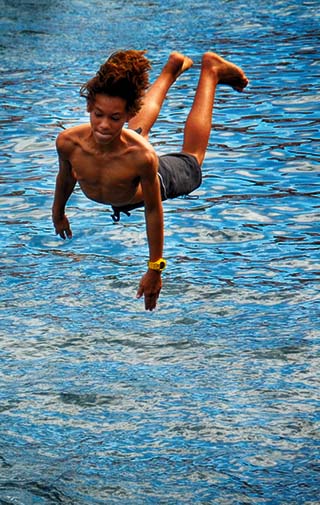 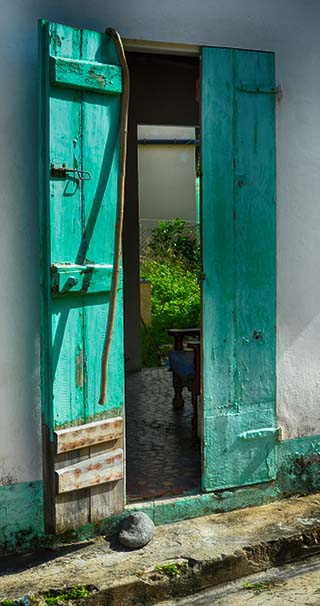 Jumping off the dock is certainly catching on. 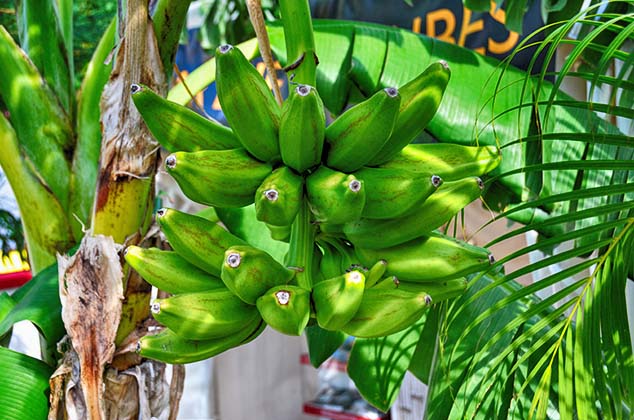 The banana industry across the islands of Guadeloupe is many things; it is the livelihood of many families, the island's main export, a tourist attraction and the subject of scientific research. 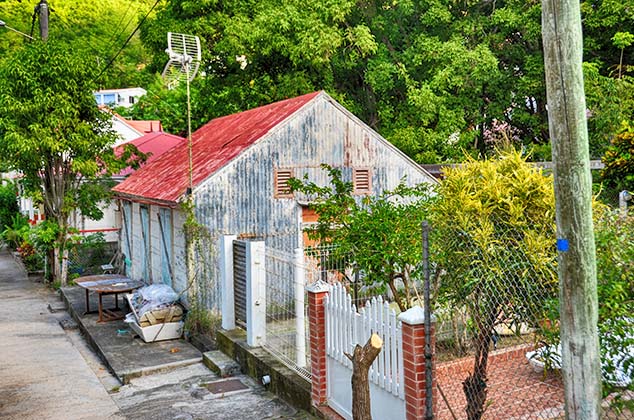 A rather typical wooden building in Bourg des Saintes on the island of Terre-de-Haut.

This lovely home fronting the bay was all but covered by flowers and green plants. 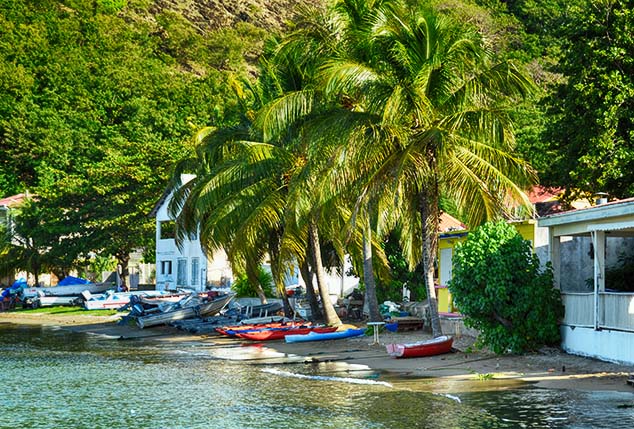 The beach front of Bourg des Saintes, with small boats and palm trees a common sight. 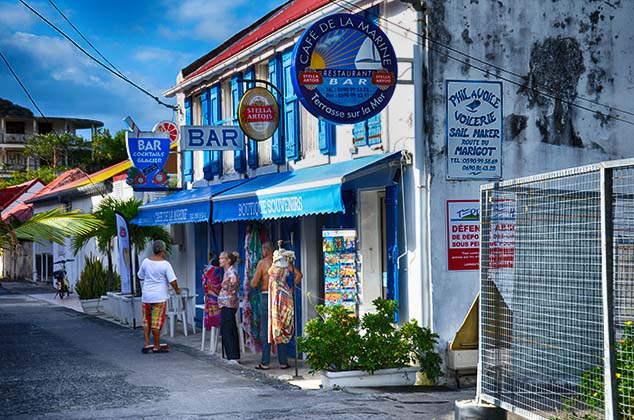 A representative bar and shop on the main street in Bourg des Saintes, Terre-de-Haut. 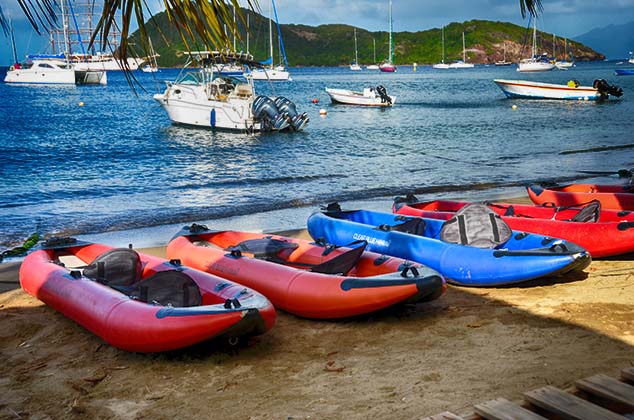 A view of the charming harbor of Bourg des Saintes, Terre-de-Haut. 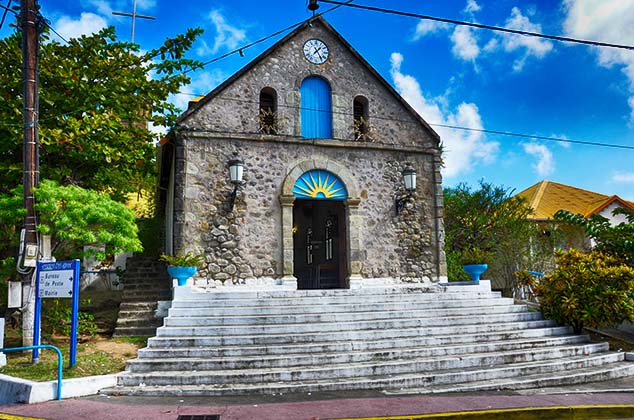 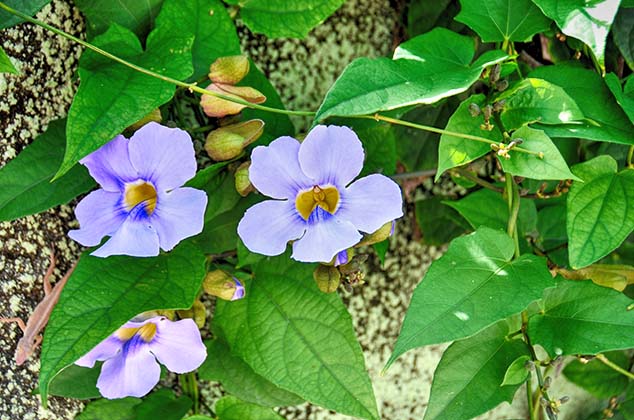 Flowers are as common on Terre-de-Haut as raindrops. 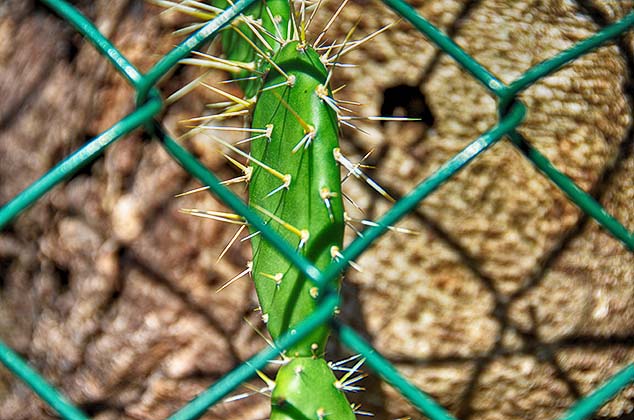 This new-growth cactus was standing alone behind a local home's protective fence, almost like a watchdog.