Curacao is an island in the southern Caribbean Sea, just a few miles off the Venezuelan coast. Its capital is Willemstad.

Today Curacao has one of the highest standards of living in the Caribbean, with a well-developed infrastructure, and (some) of that economic success must be credited to tourism. 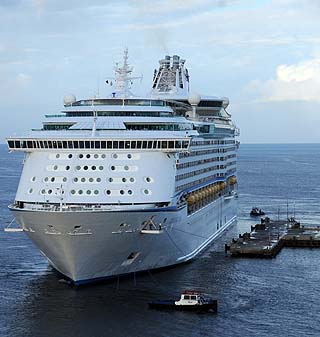 One of many cruise ships that enter the harbor at Willemstad, Curacao throughout the year. 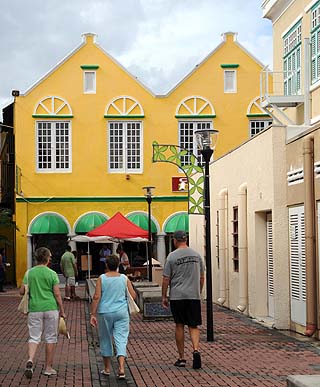 The colors of Curacao are so pleasing to the eye. 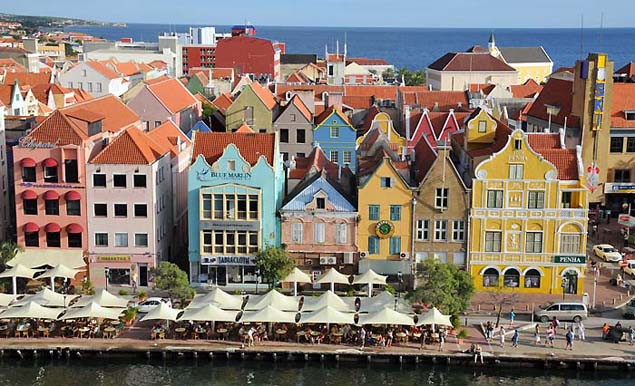 The now colorful gabled buildings that line the Willemstad, Curacao harbor were once all white. In 1817, the local governor complained that the sun's glare off the buildings gave him a headache, so he ordered them painted. What a great decision that was! 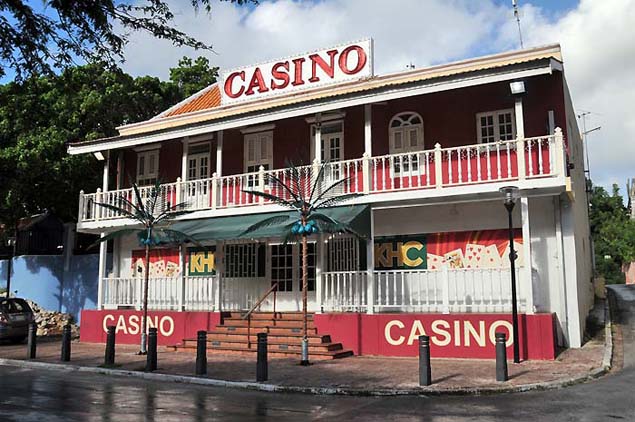 Curacao is a tropical island, and palm trees are everywhere. However, this local casino had two (fake) palms framing its entrance. It seemed somewhat strange to me. 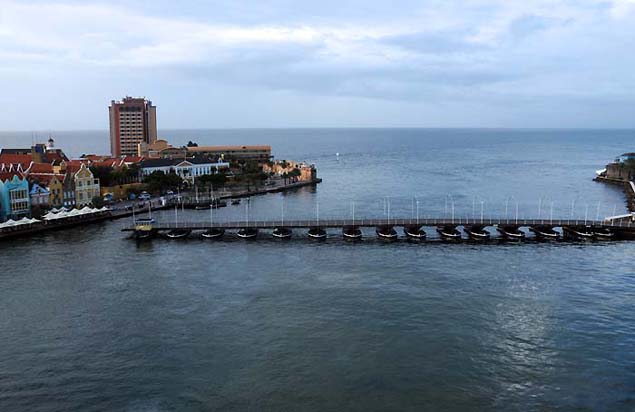 When cruise ships enter the harbor at St. Anna Bay, the Queen Emma Pontoon Bridge swings open to let them in. When no ships are in the harbor, the bridge helps move people across the harbor. 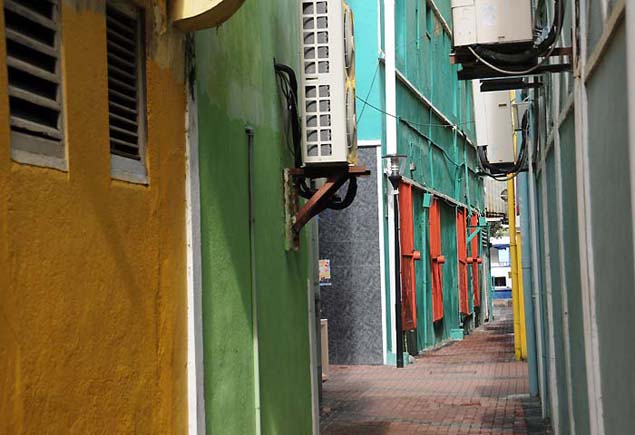 This is a typical narrow street in Willemstad, the capital of Curacao 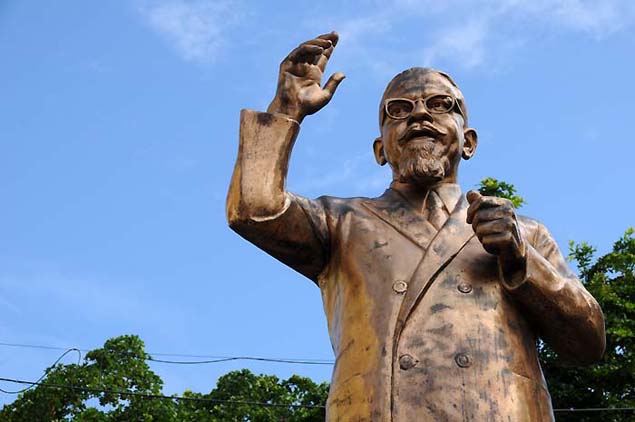 This striking statue in the city center is of Doctor Moises Frumencio da Costa Gomez, the former prime minister of the Netherlands Antilles. He played a major role in the island's fight for autonomy from the Netherlands.