In 1499 the Europeans arrived, when the Spanish explorer Alonso de Ojeda and the Italian navigator Amerigo Vespucci discovered the island.

In the mid-17th century, Aruba was conquered by the Dutch West India Company and was used as military outpost and trade base; the same was true for the neighboring islands of Bonaire and Curacao.

On January 1,1986, Aruba seceded from the Netherlands Antilles and officially became a country of the Kingdom of the Netherlands with full independence set for 1996. Aruba's scheduled (complete) independence was rescinded by vote in 1995, although the process can begin again after an island-wide referendum

In Aruba, oil refining (even gold mining) remained the major industries into the early 1990s, but then tourism developed quickly and the economy of Aruba changed. In fact, Aruba remains one of the most popular vacation destinations in the entire Caribbean.

This sunshiny place of balmy (some say perfect) weather, sandy beaches, duty-free shopping, and one of the most fascinating ecosystems on the planet, is surrounded by the warm, aquamarine waters of the Caribbean Sea. 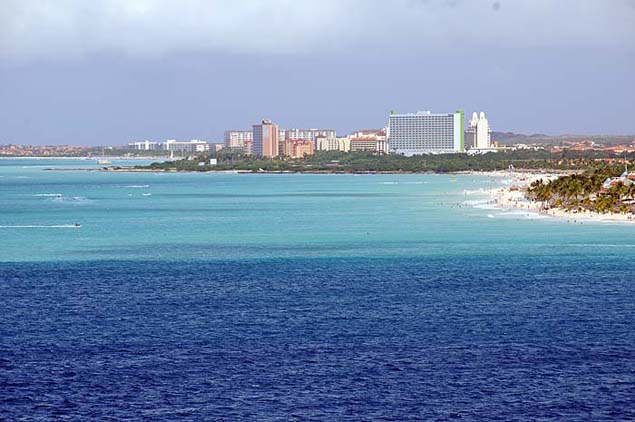 Aruba is (for the most part) a dry and flat riverless island famous for its sandy beaches and beautiful blue/green waters. 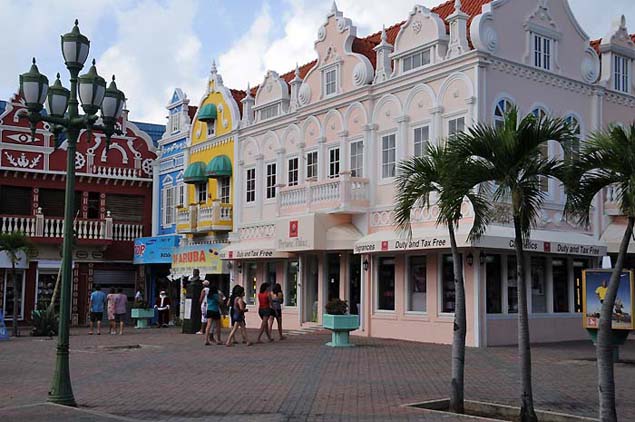 Stylish Dutch architecture is prevalent across the island. These buildings are located in downtown Oranjestad. 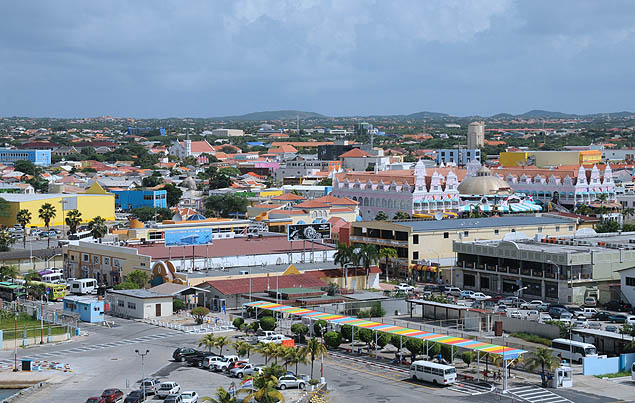 The pastel colors and colonial style of buildings in Oranjestad stretch into the interior areas of Aruba. 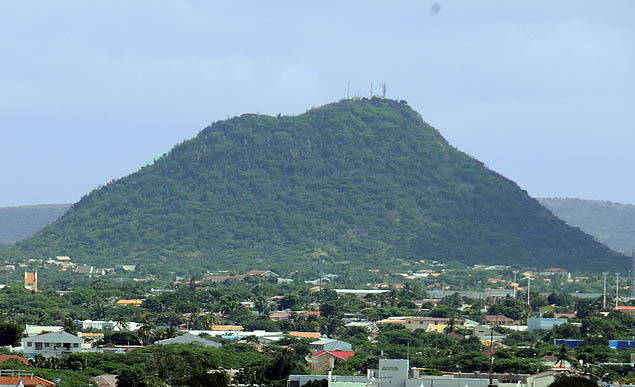