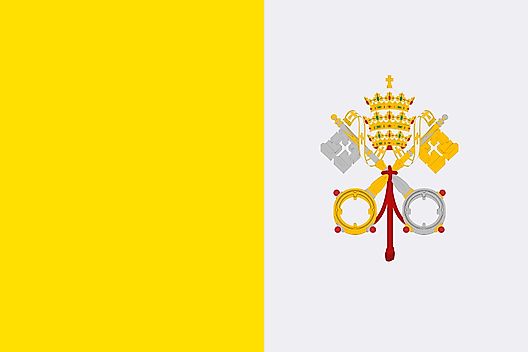 
Vatican City, also called the Holy See, is a tiny sovereign state surrounded by Rome. It's the home of the Catholic religion, and since 1378, the Popes have resided here.

There are many things to see and do in this top attraction. The Vatican Museums is the largest museum complex in the world with over 1,400 rooms, including the Sistine Chapel with Michelangelo's famous ceiling frescoes.

St. Peter's Basilica, built on the site of Peter's Tomb in Saint Peter's Square, contains many pieces of art, including Michelangelo's Pieta. Below the main floor of the Basilica, are the grottoes, which contain the tombs of the Popes.

A trip to the cupola at the top of the Basilica offers spectacular views of Saint Peters Square and of Rome. In lieu of climbing the 320 steps, there is an elevator to the roof.

Standing at attention in colorful uniforms at various buildings and the entrances of Vatican City are the Swiss soldiers, who serve as bodyguards, ceremonial guards and palace guards. They have been on duty since 1506.

The Vatican has its own post office and stamps and is located in St. Peter's Square; adjacent to it is the gift and book store.

There is so much to see and do, that one day in Vatican City is never enough time.
CONVENTION AND VISITOR BUREAUS: