During the summer season the town is crammed with tourists, cafes are packed, and an after dinner stroll through its winding streets with a scoop of ice cream or coffee is a must do.

The town's most important landmark is Torre de Guzman, a small tower that is all that remains of a castle built by Guzman El Bueno, the town's founder. It was part of a defense system for Conil, which also included fortified town walls.

The town is quite clean, the beaches are beautiful, so it's really no surprise that Conil is on the radar of many American and European travelers to Spain. 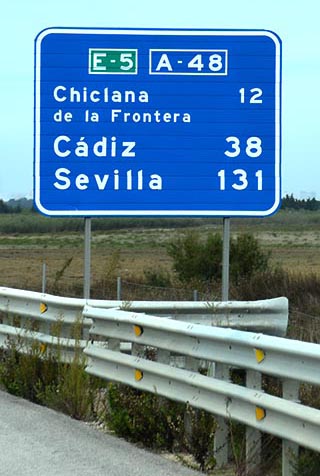 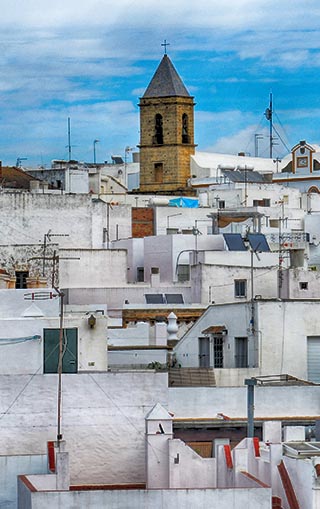 A standout church amidst the white buildings of the town. 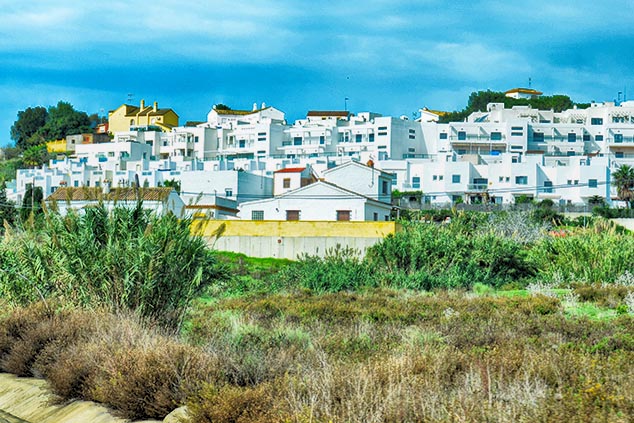 Spain's white towns (pueblos blancos) are well known for their unique beauty and spectacular settings. They are usually found in hilltop locations, with whitewashed houses grouped around an old church or castle. Conil de la Frontera is no exception. 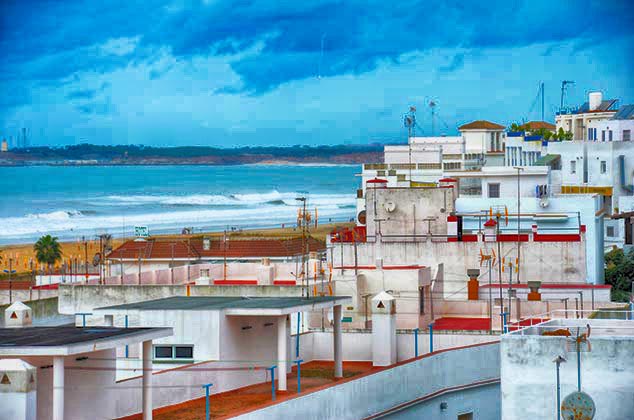 From anywhere in Conil de la Frontera, great views of the Bay of Cadiz and the Atlantic Ocean are easy to find. 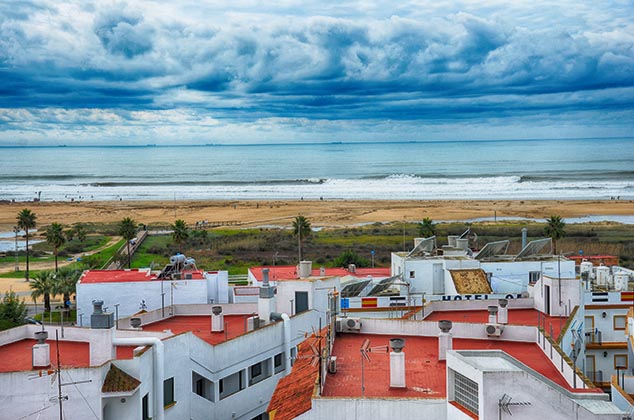 As you can see, it's just a short walk to the beach if you visit Conil de la Frontera. Surf's up! 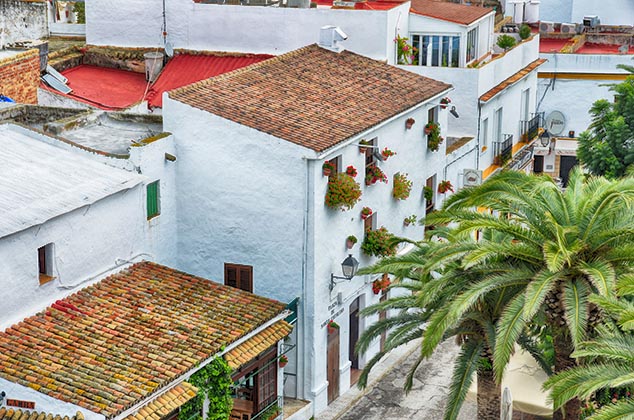 This narrow street is the typical look of the town, where palm trees, whitewashed buildings and plants are commonplace. 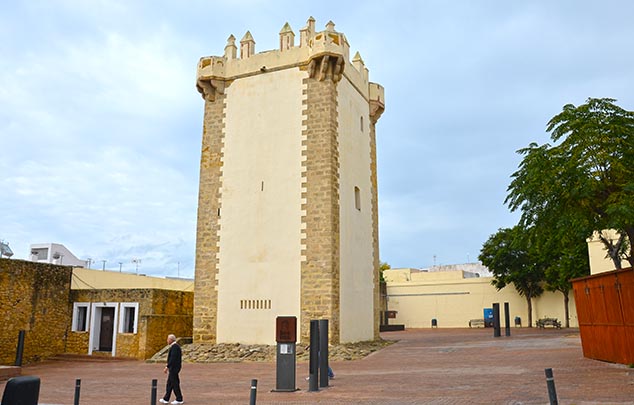 The town's most important landmark is Torre de Guzman, a small tower that is all that remains of a castle built by Guzman El Bueno, the town's founder. It was part of a defense system for Conil, which also included fortified town walls. Inside there's a winding stairway to the top, and for a small fee great views of the area unfold. 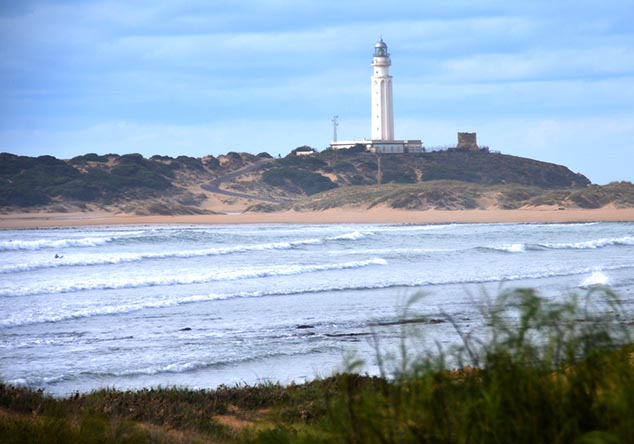 Not far from Conil de la Frontera on Cape Trafalgar is a very famous lighthouse. Historical reports indicate that just offshore was where in 1805 the British Royal Navy destroyed Napoleon's combined Spanish and French fleet.

Nelson was mortally wounded during the battle, becoming one of Britain's greatest war heroes. The commander of the joint French and Spanish forces, Admiral Villeneuve, was captured along with his ship Bucentaure. Spanish Admiral Federico Gravina escaped with the remnant of the fleet and succumbed months later to wounds sustained during the battle.