Barcelona, Spain
Barcelona is the capital of Catalonia and the second largest city in Spain, after Madrid.

Barcelona has a rich heritage and is today an important cultural center and a major tourist destination. Particularly renowned are the architectural works of Antoni Gaudi, many designated UNESCO World Heritage Sites.

Barcelona is today one of the world's leading tourist, economic, trade fair/exhibitions and cultural-sports centers, and its influence in commerce, education, entertainment, media, fashion, science, and the arts all contribute to its status as one of the world's major global cities.

The city's most remarkable attraction is the immense but still unfinished Antoni Gaudi designed church of the Sagrada Familia, which has been under construction since 1882, and is still financed by private donations. As of 2007, completion is planned for 2026. 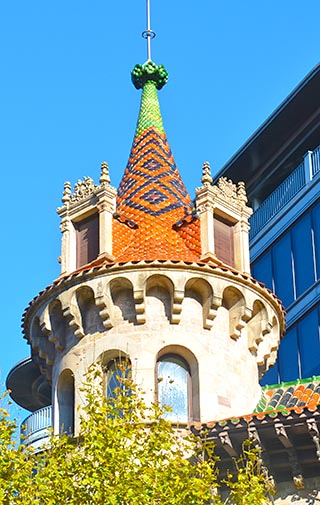 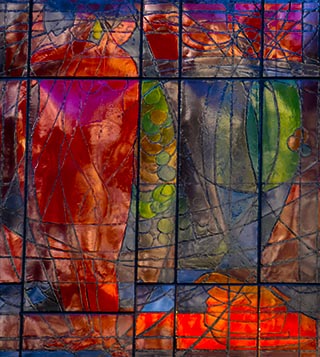 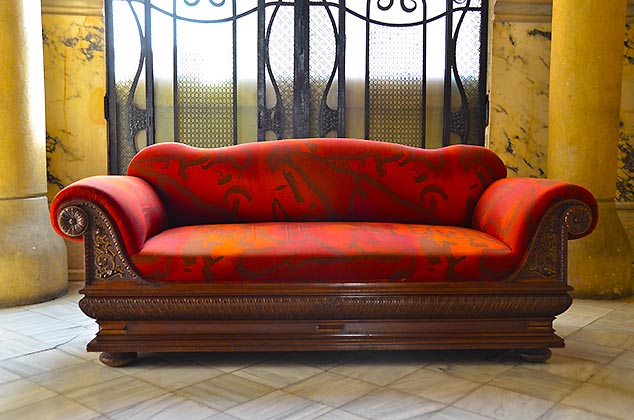 Barcelona contains an astonishing collection of architecture, stylish furniture, some of Europe's best-kept fashion secrets, a passionate nightlife, and of course....the influence of Antoni Gaudi. This sofa sits in the lobby of a Gaudi-inspired building on a city boulevard. 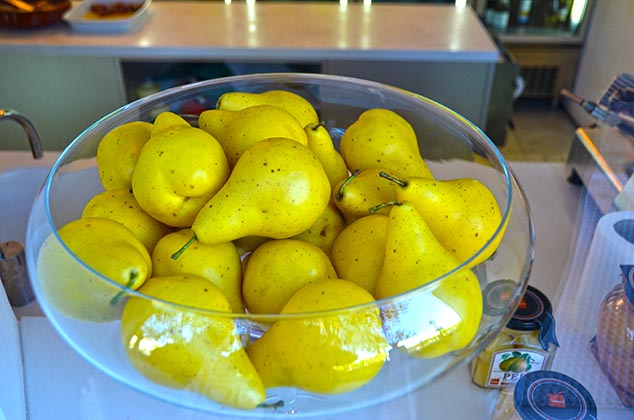 Strolling through the city center you will quickly note the appealing look of Barcelona; even store windows have style. 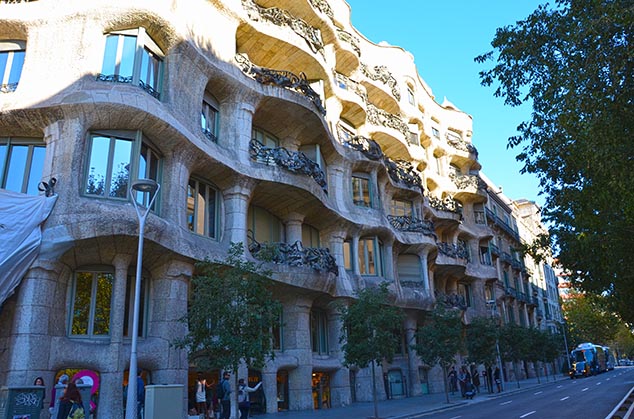 The rich and fertile imagination of architect Antoni Gaudi is seen all over the city of Barcelona. The balconies of many buildings display a romantic design of curved lines and organic shapes. 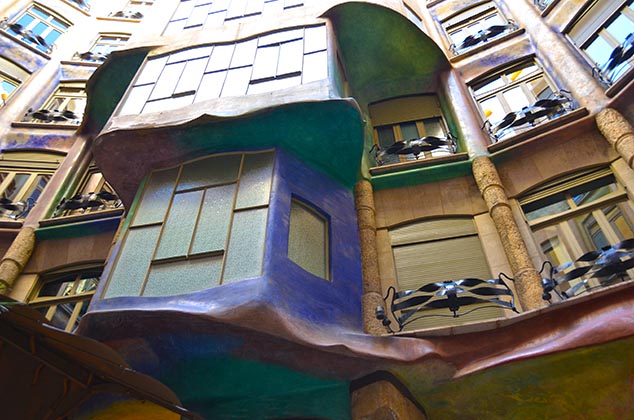 Casa Mila is a colorful Barcelona building designed by Antoni Gaudi, officially completed in 1912. It was a controversial design at the time for the bold forms of the undulating stone facade and wrought iron decoration of the balconies and windows. 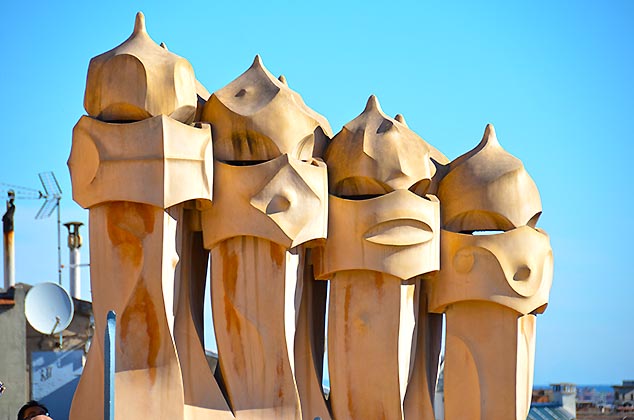 Casa Mila is certainly an innovative work, and these are a few of the ventilation towers atop the structure; how's that for creative style? 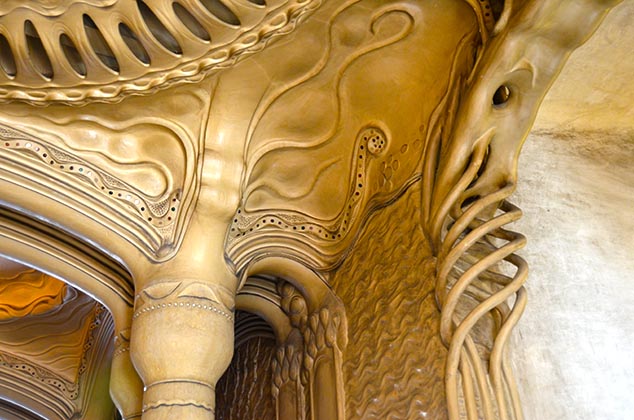 Interior design features of a Gaudi-inspired building in Barcelona, Spain. 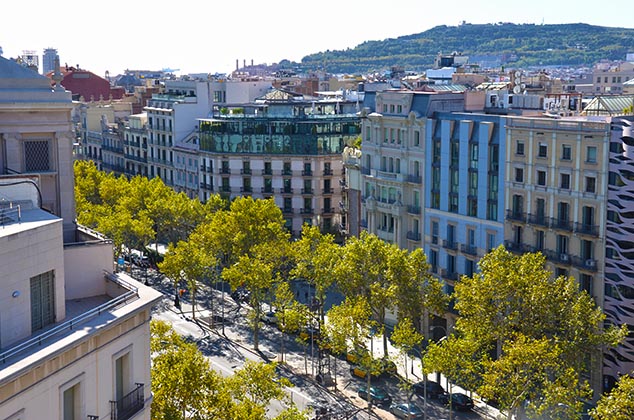 Barcelona is a city of tree-lined boulevards, many lined with shops and restaurants to enjoy. 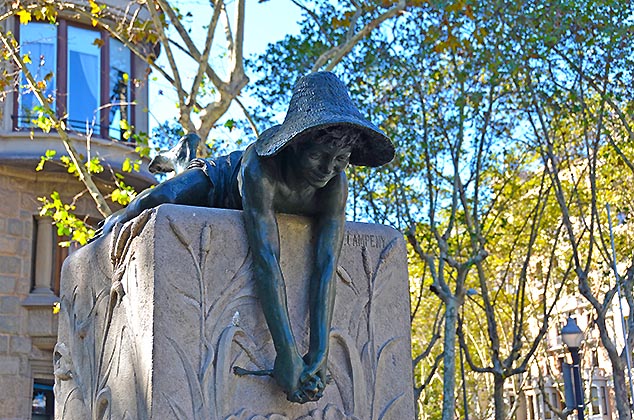 An identified statue on a Barcelona boulevard.