Balearic Islands, Spain
The Balearic Islands, an autonomous division of Spain, are one of the most popular holiday destinations in all of Europe. The well-known island of Mallorca is the largest in the group and offers a mass of hotel choices, historical points of interest, great beaches, and much, much more.

Palma de Mallorca, the major city and capital of the islands, is positioned on the Bay of Palma, and the latest population indicates around 500,000 in the metro area. In fact, almost half of the total population of Mallorca live in Palma.

Over many centuries a wide variety of civilizations passed through these islands and left parts of their cultures behind for visitors to enjoy, and Palma de Mallorca's "Old Town" is a great example of same.

Enjoy these islands if you get the chance! 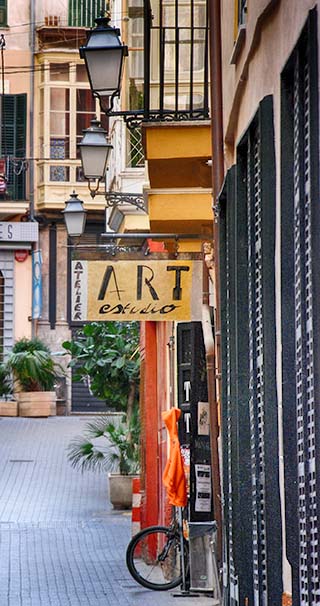 A classic narrow street in Mallorca.

Statue of philosopher Ramon Llull in Mallorca. He was a Majorcan writer and philosopher, and credited with writing the first major work of Catalan literature. 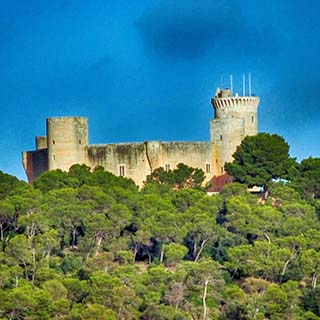 This is Bellver Castle, a Gothic style castle on a hill above Palma de Mallorca. Built in the 14th century, it is one of the few circular castles in Europe. Long used as a military prison it is one of the main tourist attractions on the island of Mallorca. 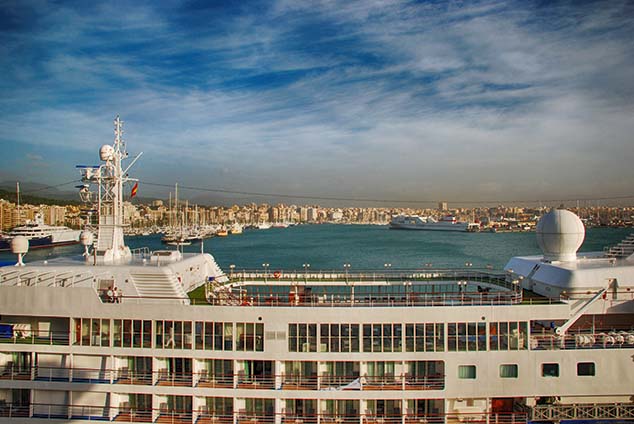 This is a view from a cruise ship of Palma de Mallorca, the major city and capital of Spain's Balearic Islands. 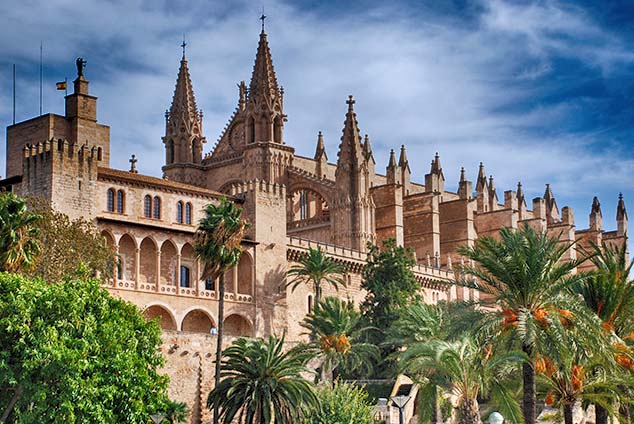 This is the massive Cathedral of Santa Maria of Palma, a Roman Catholic cathedral located in Palma, Majorca, Spain. It was built on the site of a pre-existing Arab mosque. Designed in the Catalan Gothic style but with Northern European influences, it was begun by King James I of Aragon in 1229, and finally finished in 1601. 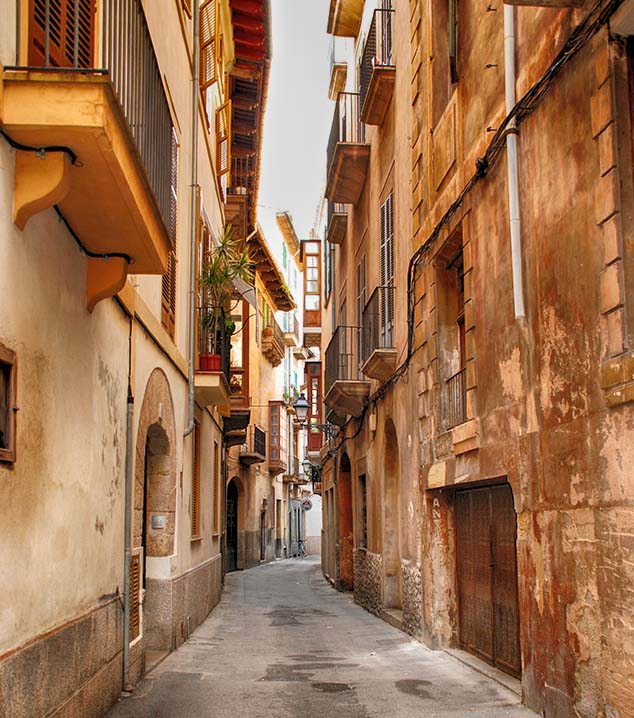 Short-term visitors to Palma de Mallorca usually spend most of their time within the inner ring of the city's Old Town. Much of it is traffic-free and a real pleasure to explore. This is a typical street view early on a Sunday morning. 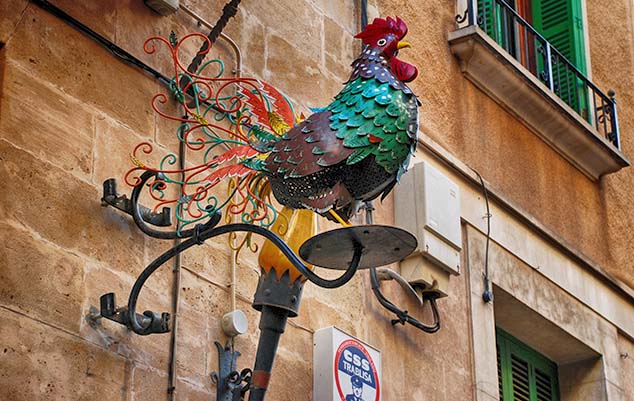 Roosters are found in varied forms across Palma de Mallorca. Some say that Mallorca, clearly part of Spain, has always thought of itself as a bit (different) from the Spanish mainland and that the rooster symbolizes their independent feeling. 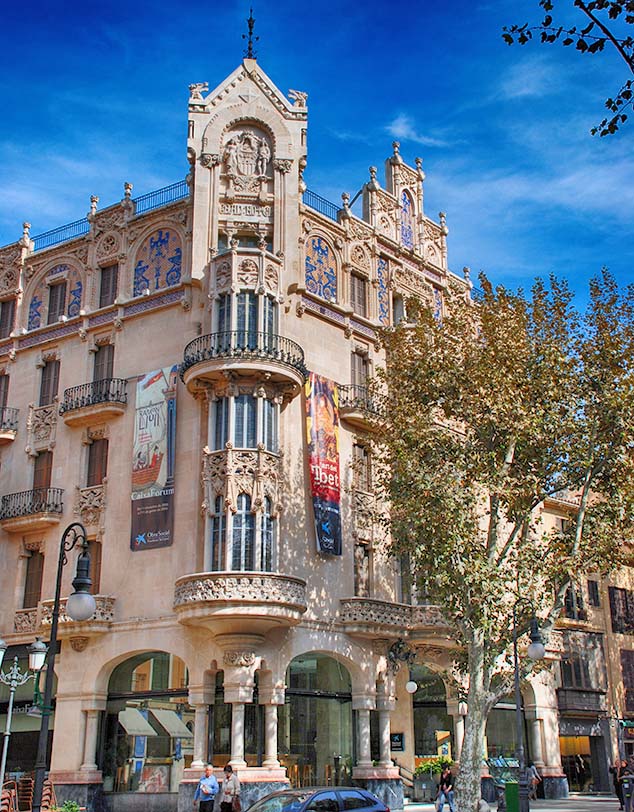 Stroll through the historic city of Palma de Mallorca, and a wide variety of architectural styles come into view. And for contemporary art fans there are numerous Joan Miro sculptures on display. Miro was a Catalan Spanish painter, sculptor, and ceramicist born in Barcelona. 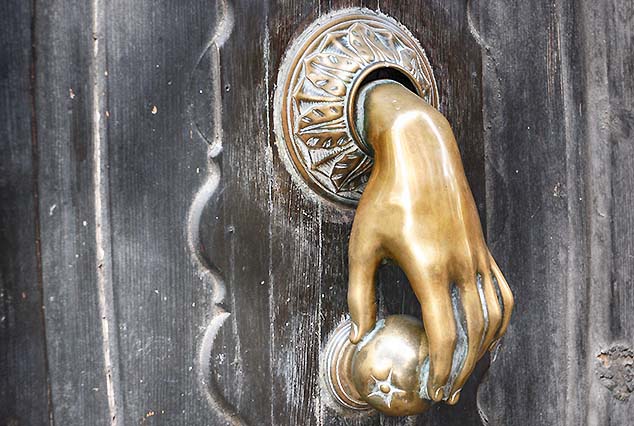 In the city's "Old Town" I came across this very creative door knocker.