Bratislava is the capital of Slovakia, the country's largest city and the political, cultural, and economic center.

It is the seat of the Slovak president, the parliament, and the Slovak Executive. It is home to several universities, museums, theatres, galleries and other important cultural and educational institutions.

The history of the city has been strongly influenced by people of different nations and religions, namely by Austrians, Czechs, Germans, Hungarians, Slovaks, and Jews. 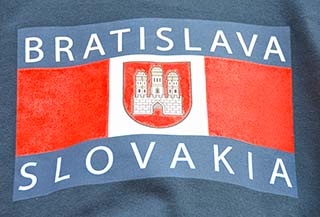 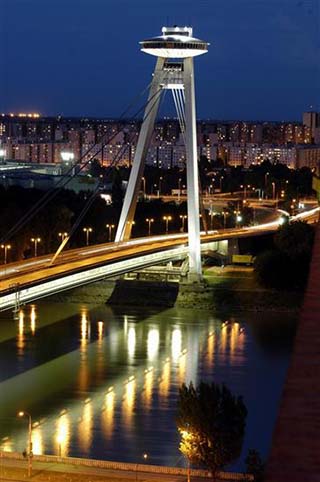 Constructed between 1967 and 1972 across the Danube river, the New Bridge, is perhaps the city's most distinctive structure. At the top of the pylon, at a height of 80 metres, is a restaurant connected to the bridge itself via an inclined high-speed lift housed within one of the pylon's columns. 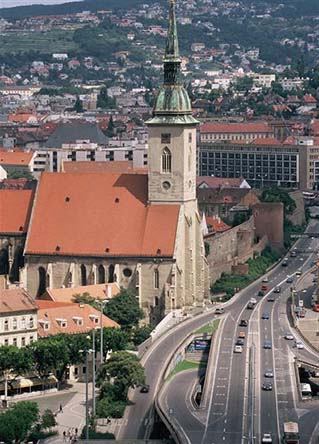 Bratislava's St. Stephen's Gothic cathedral is built on the site of a previous Romanesque church. After 1291, when Bratislava was given the privileges of a town, the church was rebuilt to become part of the city walls, with its tower serving as a defensive bastion. 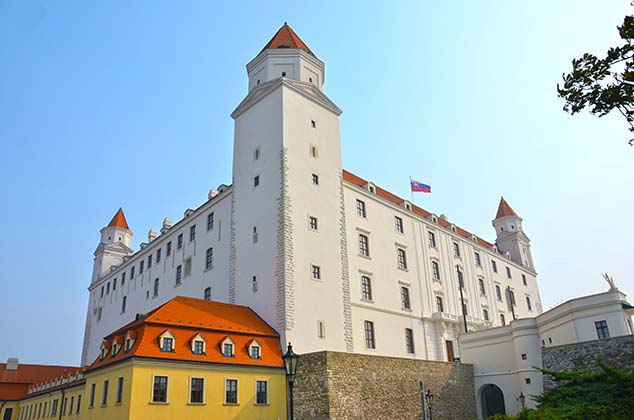 The castle on the hill above the Old Town dominates the city of Bratislava. It is featured in the first written reference to the city, which appears in the Annals of Salzburg of 907, in association with a battle between Bavarians and Hungarians. The castle hill was populated as early as the late Stone Age; its first known inhabitants were the Celts, who founded a fortified settlement here called 'Oppidum'. 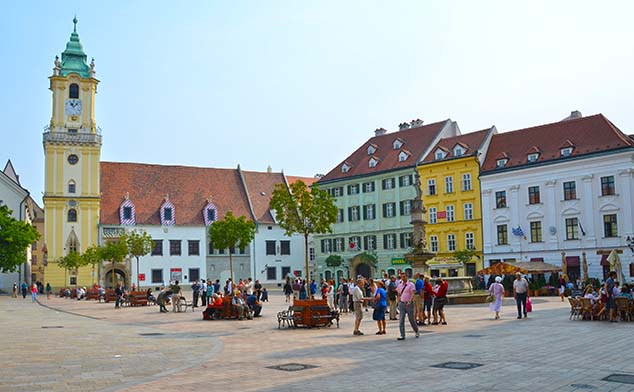 The history of Bratislava's Old Town Hall dates back to the beginnings of the Medieval town in the 13th century. It is a complex of buildings from many different architectural periods surrounding the central square, The City Museum is found here as well as the Maximilian Fountain. It, like all central European squares, is a great place to people watch. 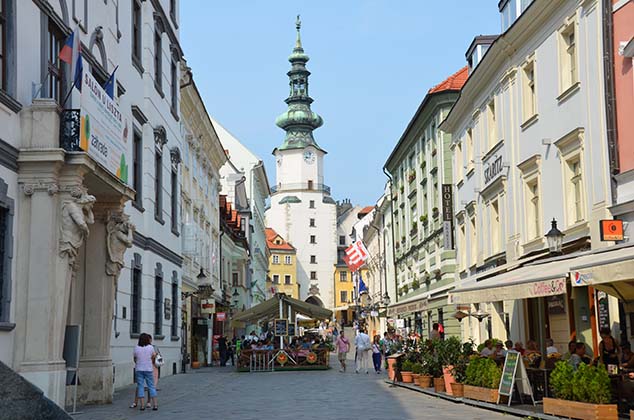 In Bratislava, Slovakia, St. Michael's Gate (center) is the only city gate with preserved medieval fortifications and ranks among the oldest town buildings. Built about the year 1300, its present shape is the result of baroque reconstructions in 1758, when the statue of St. Michael and the Dragon was placed on its top. The tower houses the Exhibition of Weapons of Bratislava City Museum. 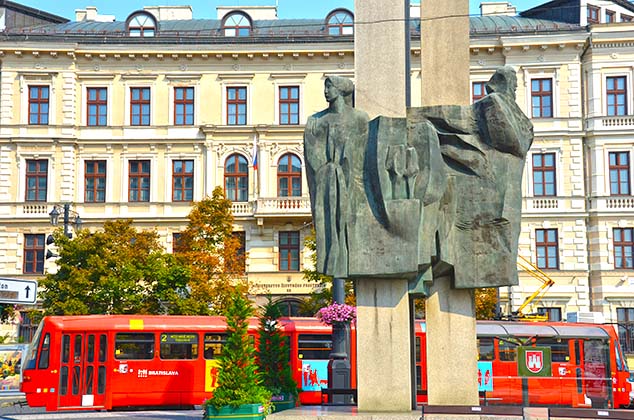 Standing in Bratislava's City Center is this massive tribute to Ludovit Stur, the leader of the Slovak national revival in the 19th century, the author of the Slovak language standard eventually leading to the contemporary Slovak literary language. Stur was an organizer of the Slovak volunteer campaigns during the 1848 Revolution, he was also a politician, poet, journalist, publisher, teacher, philosopher, linguist and member of the Hungarian Parliament. In short, he is one Slovakia's heroes. 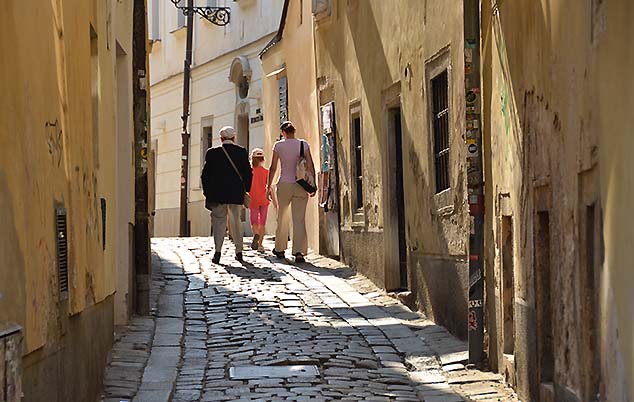 Bratislava's Old Town is a collection of cobblestone streets and narrow alleys; in short, a very charming place. 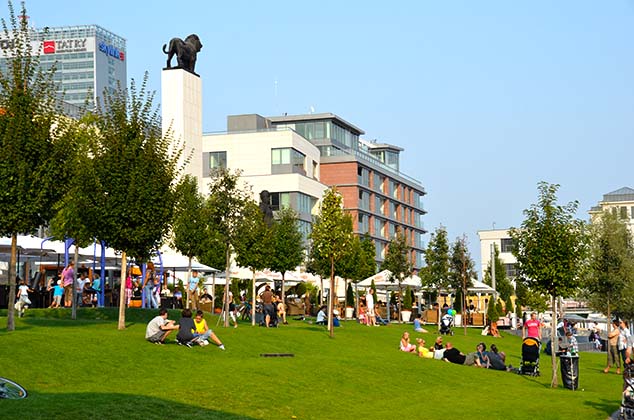 Bratislava fronts both sides of the Danube River, and many shops and restaurants line the waterfront. Locals and visitors alike flock to the river, especially on weekends and holidays. 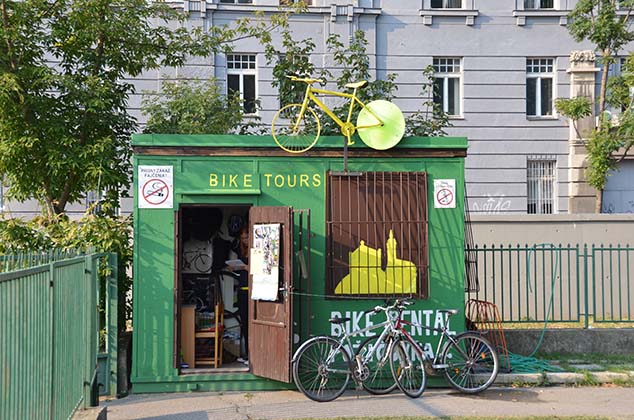 A very good way to get around the city is to rent a bike, and especially enjoyable is a ride through Old Town. 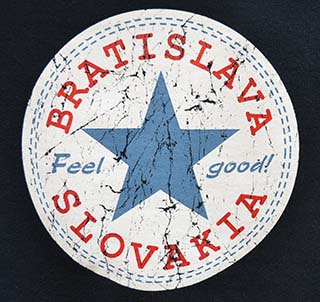 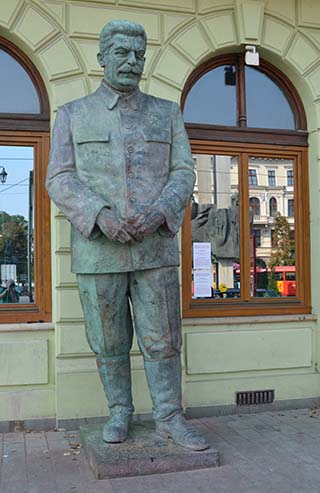 I was quite surprised to see this large statue of Joseph Stalin on display in Bratislava, Slovakia. Turned out it's part of an art/cultural exhibition, but many locals were not impressed. It's been hit by an assortment of items, including a large can of red paint, and who can blame the culprits as Stalin was a tyrant, and the murderer of millions of people. Can you see the remains of the red paint? 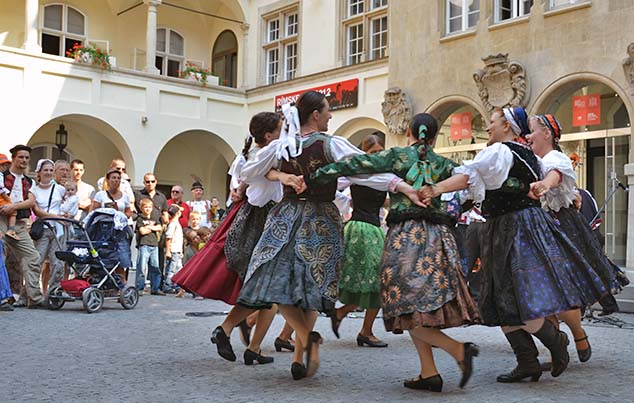 A group of women performing a traditional dance inside Bratislava's City Museum; it was quite exciting 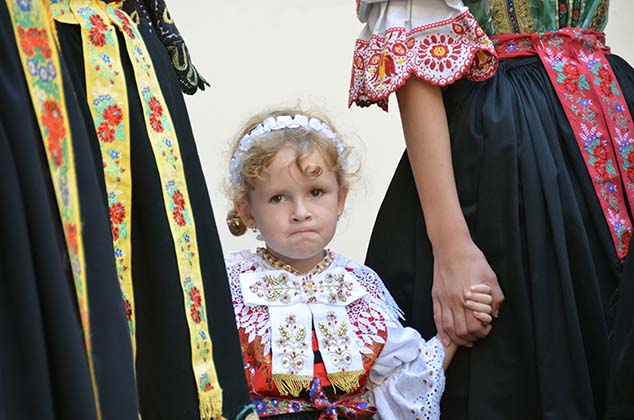 She was (and is) the cutest member of the dance group mentioned above. 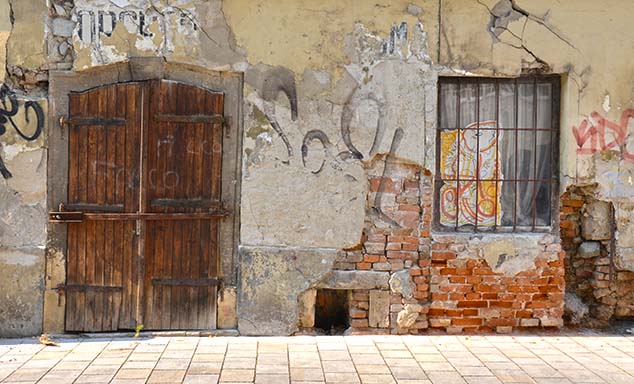 Like most European cities, graffiti is a way of life, and this application of same seemed to destroy the local ambiance. 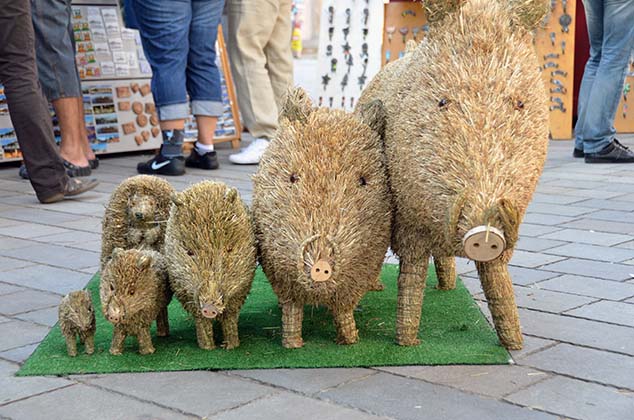 This group of straw pigs was for sale in a local craft market in Bratislava on a Sunday afternoon. 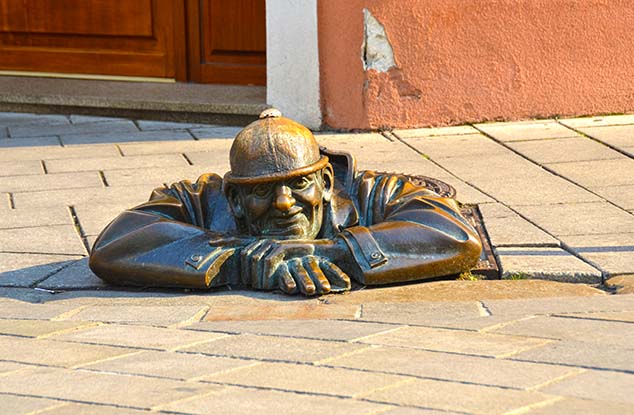 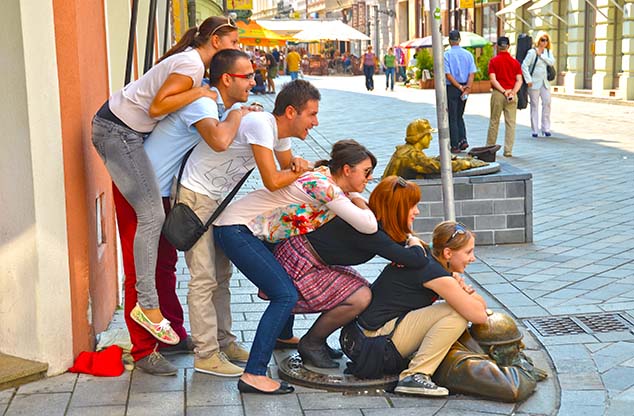 Tourists have fun in this very friendly city, and this bunch settled on a group photo; note the street art. 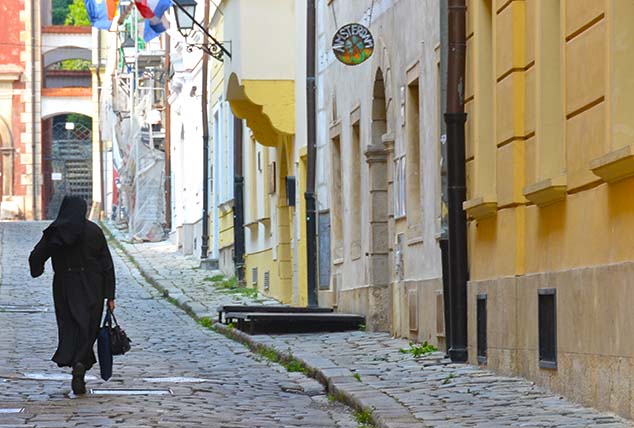 A nun makes her way up one of Bratislava's narrow, cobblestone streets.