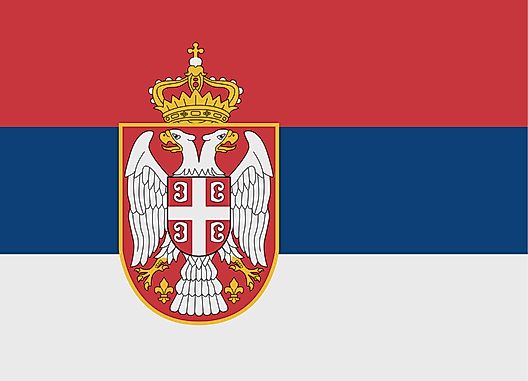 There was hardly time for celebration, as World War I began within months after the end of the Second Balkan War.

Strong at first, Serbia was victorious in the first major battles of World War I, but the German Empire ultimately overpowered the country sending its army into exile.

The Serbian army took its time to recover, and returned to lead a final battle regaining control of their country.

In the years leading up to World War II, Bosnia conceded their unification with Serbia, and in December of 1918 the Slovenes, Croats, and Serbs together formed the Kingdom of Yugoslavia.

After German invasion in 1941, the Kingdom of Yugoslavia crumbled into a joint German-Serb government under the German Military administration. And unfortunately for the Serbs, after only a year under the rule of the German's, 90% of their Jewish population became victims of genocide.

After the end of World War II communists took over, and established the Socialist Federal Republic of Yugoslavia.

Under the rule of the communists, Serbia's most powerful leader was Aleksander Rankovic, an influential politician who upon his death in 1983 became a symbol of strength for Serbia.

Following Rankovic, Slobodan Milosevic rose to power in 1989 promising reduced power for Kosovo and Vojvodina. This affirmation subsequently fueled tensions with the other communist leaders, and led to the separation of Slovenia, Croatia, Bosnia and Herzegovina and Macedonia from Yugoslavia.

It was after this dissolution that the multiparty democracy was established, a move which drew criticism against Milosevic who then issued criminal sentences to anyone who opposed the government and its leaders, as well as banning news coverage of protests.

Political isolation grew as Serbia and Montenegro agreed to create the Federal Republic of Yugoslavia in 1992.

Then, when the Socialist Party of Serbia denied election results in 1997, large-scale protests developed, and through 1998-99 the situation deteriorated further as conflicts with Kosovo continued (ultimately leading to the Kosovo War).

Civil resistance against the government grew to astronomical proportions, and when half a million Serbian's assembled together in Belgrade to protest against Milosevic, he took the hint, suffice it to say, and admitted defeat.

Serbia's international isolation had finally ended, and Milosevic was detained until his death in 2006.

Despite this, the Serbian political scene remained strained, and between 2003 and 2006 the country became part of the State Union of Serbia and Montenegro.

Following the dissolution with Montenegro in June of 2006, Serbia re-emerged an independent country for the first time since 1918. However, Kosovo still remains a region of Serbia, despite their efforts in gaining independence.

Tourism to Serbia is a little on the light side, but rest assured it is a friendly place to visit.

The capital city of Belgrade, perhaps more famous for its active nightlife, also offers an ample amount of art and sporting events, as well as museums and historical monuments.