The Lofotens are a group of islands in the northern part of Norway. With their postcard-like fishing villages nestled in fjords, dotting a very rugged coast with abrupt peaks rising directly from the ocean, the archipelago is often described as one of the most scenic parts of Norway.

The archipelago is well above the arctic circle, and at the same latitude as Greenland or the northern parts of Alaska. However, it enjoys a relatively milder climate due to the circulation of the Gulf Stream, and temperatures up to 23C in the summer are not uncommon.

The winters are cold, but remains bearable, and at this extreme latitude (the same as northern Siberia and northern Alaska) winters ought to be very cold, but instead of 40 below, Lofoten temperatures hover around freezing in winter, and starts to climb in April. 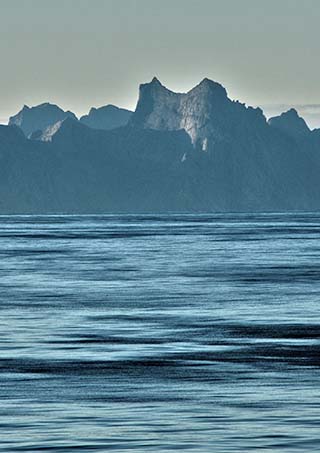 A look at the Lofoten Islands from a great distance using a 500mm telephoto lens. 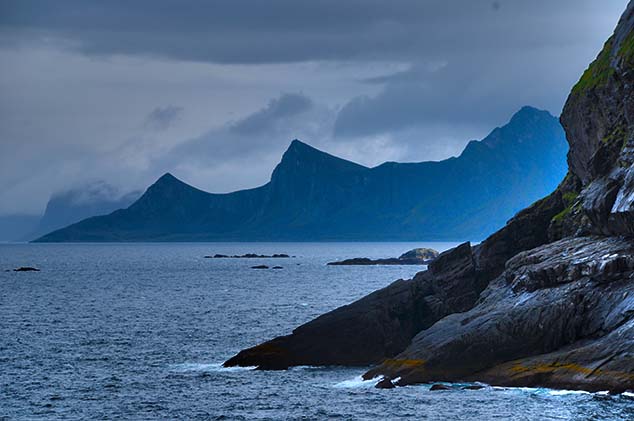 The Lofoten Islands, before becoming a popular tourist retreat, were a very important fishing center, especially for the cod attracted by the rich food brought by the Gulf Stream. At the end of the spring, thousands of tons of cod are hung to dry on wooden racks.

The day we visited we were a bit disappointed as the weather was bad and sea conditions would not permit our ship from entering the fjord. Regardless, they are stunning landforms nevertheless. 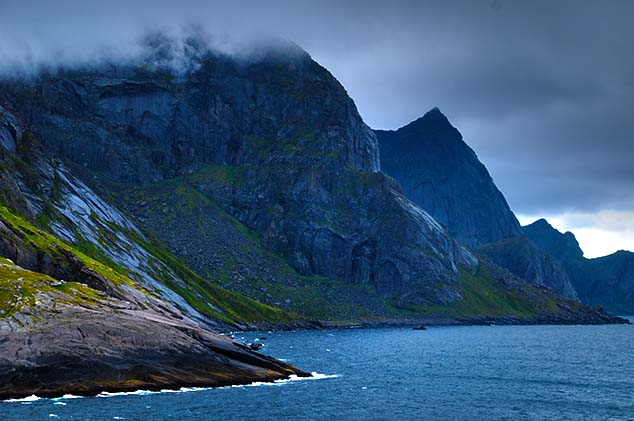 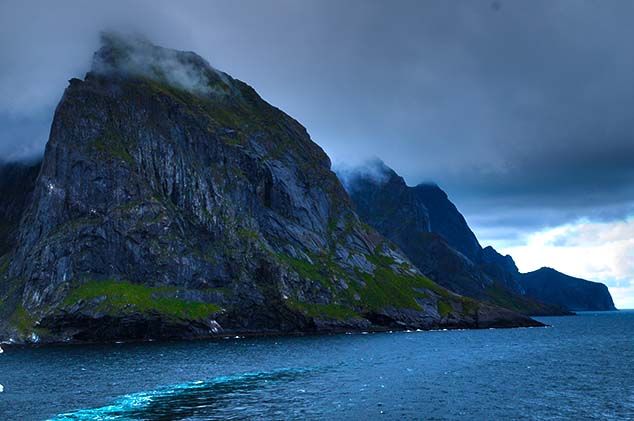 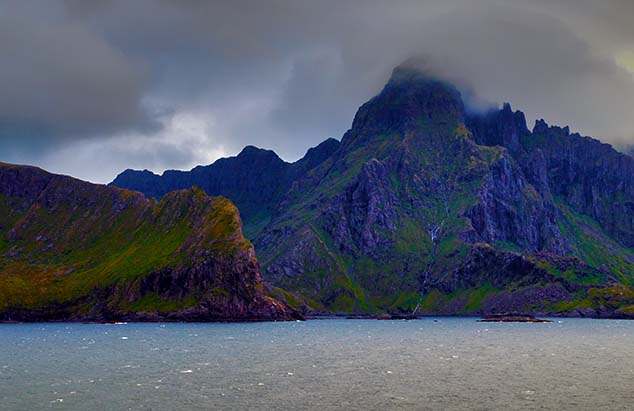