At the far southern end (or, the head) of the majestic Geiranger Fjord, sits the small village of Geiranger

Geiranger is home to some of the most spectacular scenery in the world, and has been named the best travel destination in Scandinavia by Lonely Planet.

This third biggest cruise ship port receives 140 to 180 ships during the four-month tourist season. Several hundred thousand people pass through every summer, and tourism is the main business for the 250 people who live here permanently. 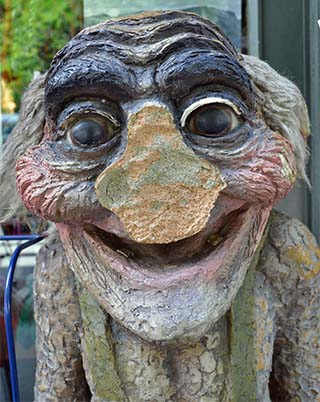 A classic Norwegian troll, one with a broken nose, outside of a shop in Geiranger, Norway. 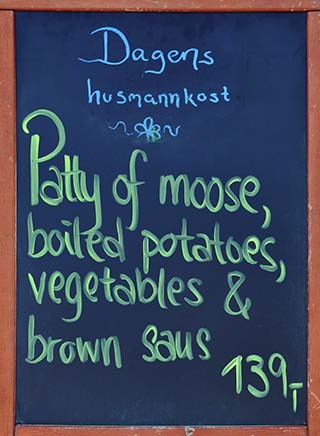 Moose is commonly consumed in parts of Scandinavia, and it's pretty good, but the potatoes are even better. 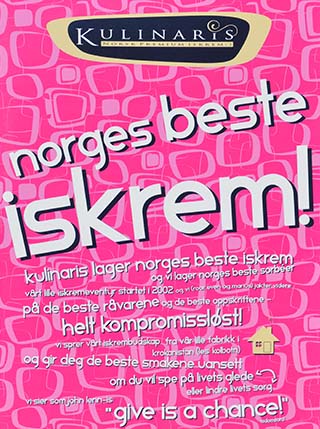 I tried Norges Bests, and it reminded me of America's Blue Bell ice cream. Delicious!

A stylish headstone in a local cemetery in Geiranger. 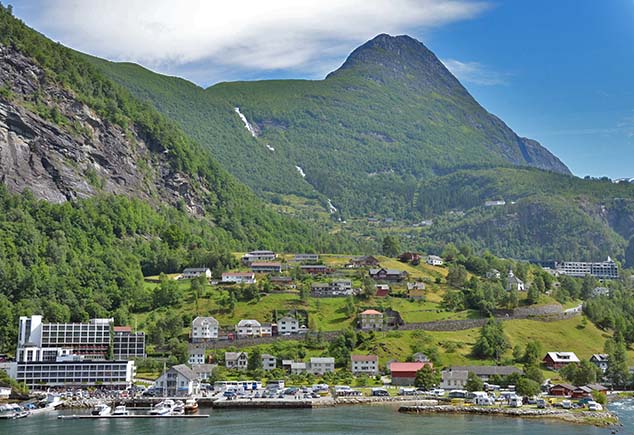 From the deck of the ms Maasdam, this is a view of the village of Geiranger, Norway. It is one of the most popular tourist destinations in Norway, and as of July, 2012 it had five hotels and over ten camping sites. A little known fact is that Geiranger is under constant threat from a mountain to its west named Akerneset. Some experts say that it could erode (or collapse) into the fjord and the resulting tsunami could destroy downtown Geiranger; let us hope not. 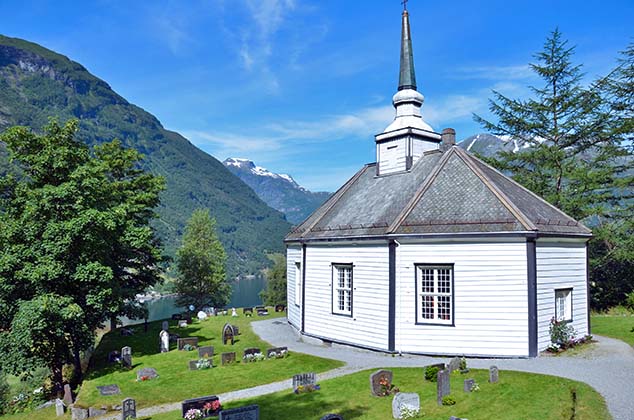 About 1,000 feet above the village, this charming little church has a great view of the Geiranger Fjord. 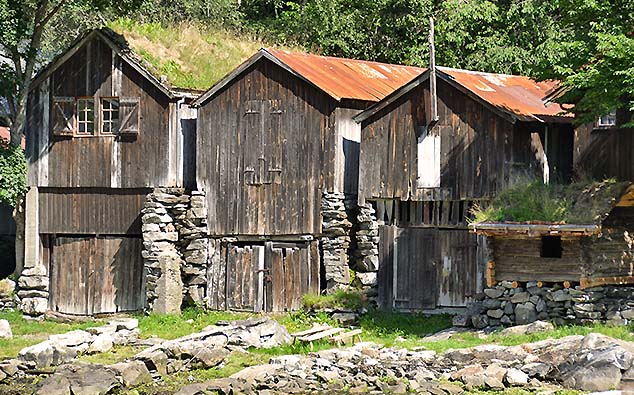 Early construction of buildings and homes across Norway consisted of wood, and this group are remnants of that era. 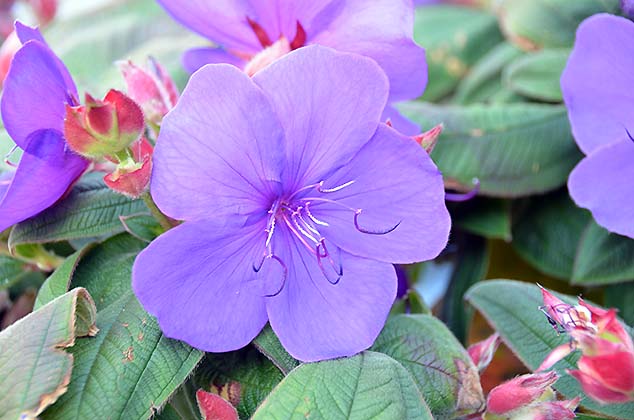 In a country where rain is as common as air, healthy flowers cover the Norwegian landscape. 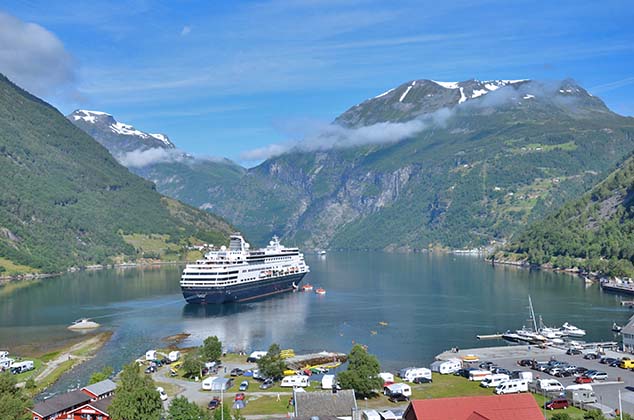 From the hills above the village of Geiranger, this is a view of the fjord. Holland America's ms Maasdam is anchored, and ship tenders transport passengers to shore. 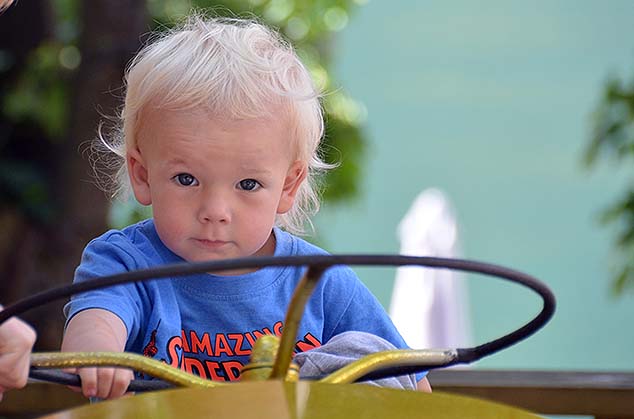 This is the face and future of Norway; bright, beautiful and certainly blonde.