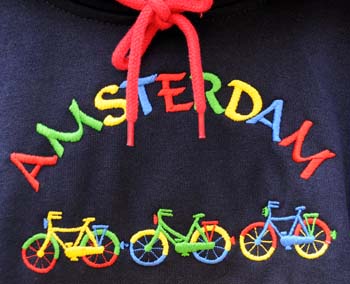 Amsterdam, the Netherlands' nominal capital, is one of Europe's most interesting and picturesque cities. It has a broad spectrum of recreational and cultural sights.

Replete with canals, the city's many attractions and historical sites are within easy walking distance of each other. If you like, public trams (video here) are very efficient, or you could rent a bike, or use one of the (get on-get off) canal boats. (video here) 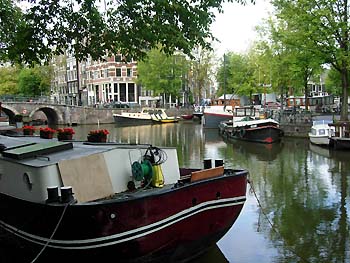 The city is crisscrossed by over 60 miles of canals, featuring nearly 1000 bridges. A typical canal scene in beautiful Amsterdam is shown above. 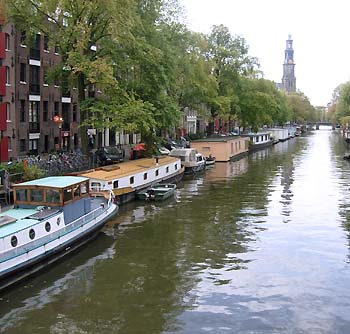 Standing on one of the many bridges in Amsterdam, this photo shows how houseboats line most of the canals, and those boats are used for varied purposes (see below). 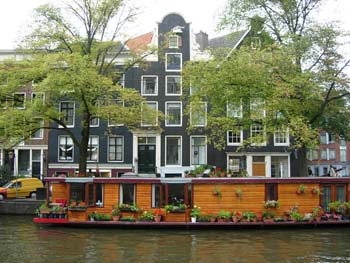 Houseboats come in all shapes and sizes; some are stylish and a real credit to the city, while others are in varied stages of collapse. Some houseboats are lived in year-round, and some are even used as a bed and breakfast for tourists. 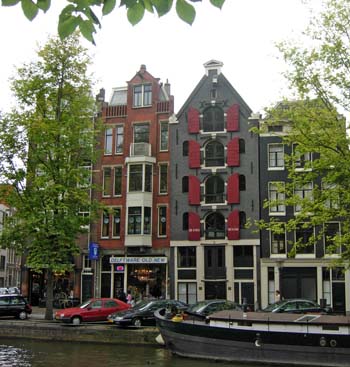 Throughout the city stylish buildings grace both canals and streets. Almost uniform in size, they display unique facades, large windows and distinctive gables and shutters. 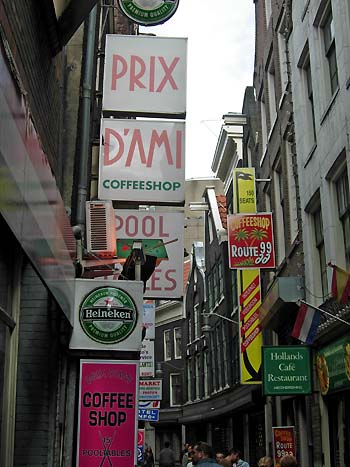 In Amsterdam, coffee shop literally means a place where cannabis (pot) is openly sold and smoked. Hard drugs of any kind are strictly prohibited, but coffee shops can legally store up to 500 grams of marijuana and can sell up to 5 grams to adults over 18. 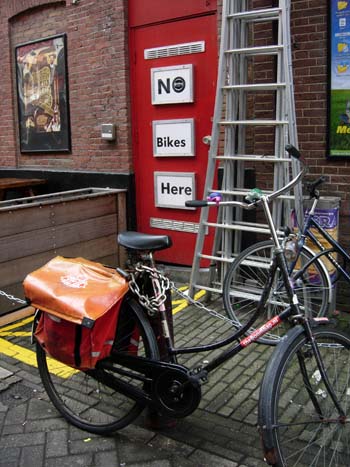 Tens of thousands of bikes travel through the city each day. The Dutch use them for basic transportation to work, and for a wide-variety of leisure activities. In the city of Amsterdam there are parking ramps that hold as many as 2,000 bikes at a time. (video here) When you (as a tourist) stroll through the city, you must be alert as bikes have the right of way. 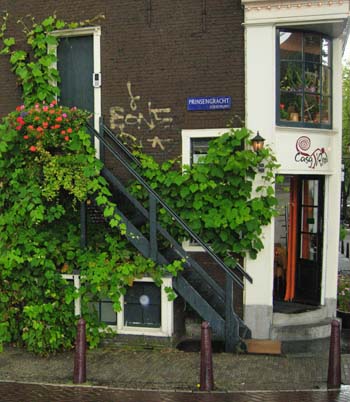 The Dutch penchant for nature is in plain sight as most homes here are landscaped with flowers and green plants. 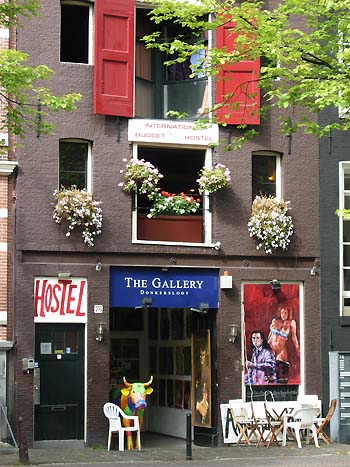 The consistent look of Amsterdam is shown above, and this city is an entertaining and visually stimulating place to visit. 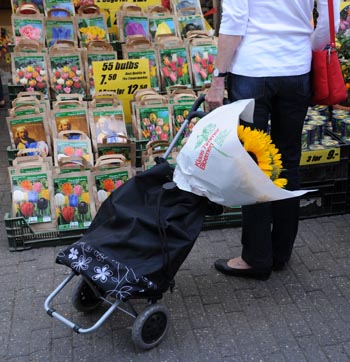 Shopping for fresh flowers in Amsterdam is a daily experience for many locals. 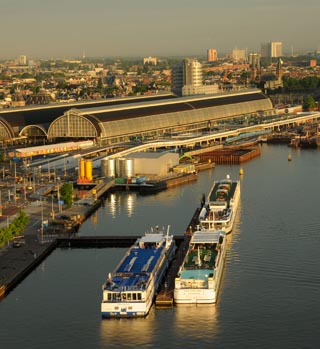 Riverboats await their passengers in early morning light in Amsterdam. The city's central train station is centered above. 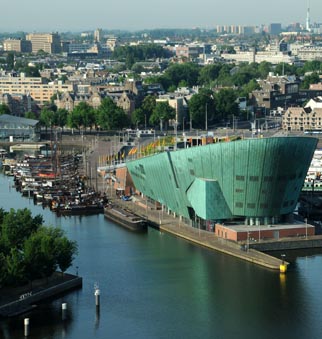 Children of all ages, and Science and technology buffs will find NEMO (The National Center for Science and Technology) to be one of the most interesting destinations in all of Amsterdam. 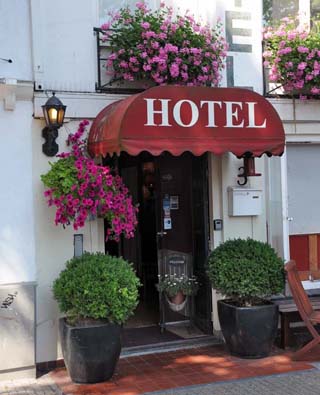 Amsterdam provides lodging facilites of all descriptions, and accommodations are plentiful across the city. 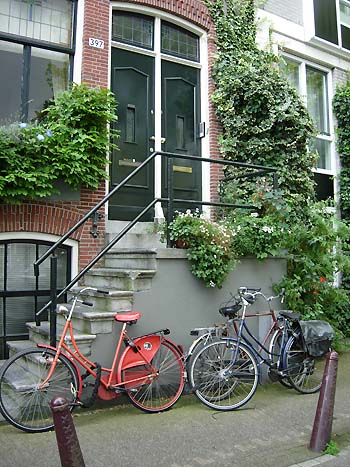 This picture is repeated throughout the city, as for many residents, bikes have replaced the automobile due to their low cost of operation and flexible parking attributes.