Literally standing in a lagoon just barely above the water line, it consists of 117 islands, and the city is connected by over 400 bridges that cross its 150+ canals. 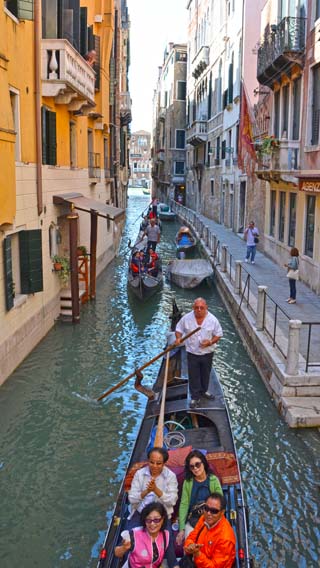 Gondoliers working their craft on a canal in Venice. 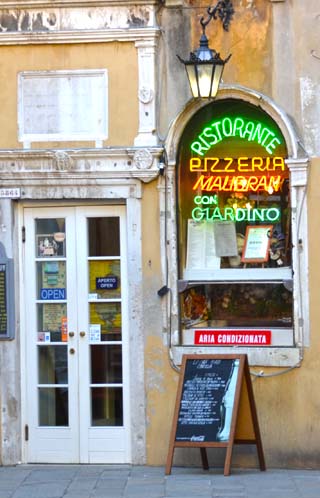 There is something about the pizzas in Italy; a thin crispy crust covered with cheese and fresh ingredients, and well, they are simply the best.

Pigeons love to perch, and this one was perched atop a statue in St. Mark's Square, Venice. 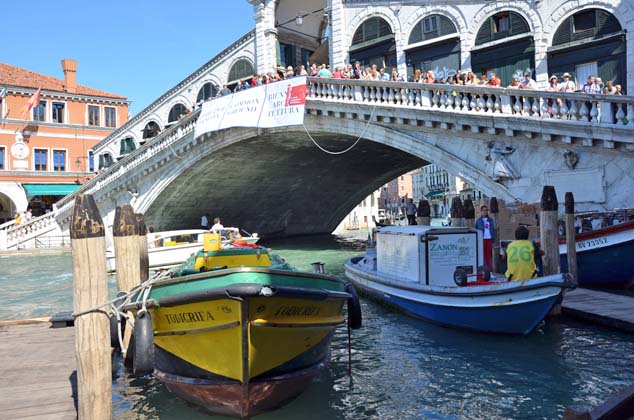 The Rialto Bridge is one of the four bridges spanning the Grand Canal in Venice, Italy. It is the oldest bridge across the canal, and was the dividing line for the districts of San Marco and San Polo. On most any day it's packed with tourists. 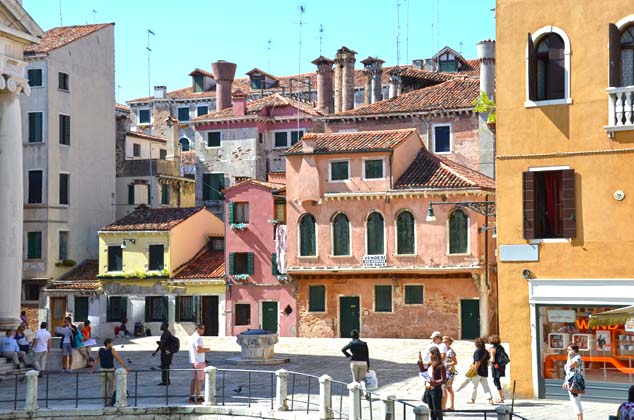 This is a charming little square in Venice, where all of the common shades of Italy seem to merge. 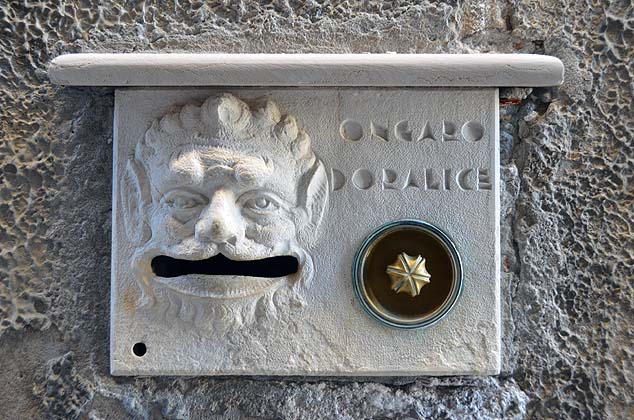 I found this little mailbox and door bell on a very narrow street in Venice. It reminds me of the "Mouth of Truth," Rome's ancient lie detector. According to popular tradition, when you insert your hand into the "mouth" in the wall, it will be bitten off if you tell a lie! Well, if you steal the mail here I would assume the same would happen. 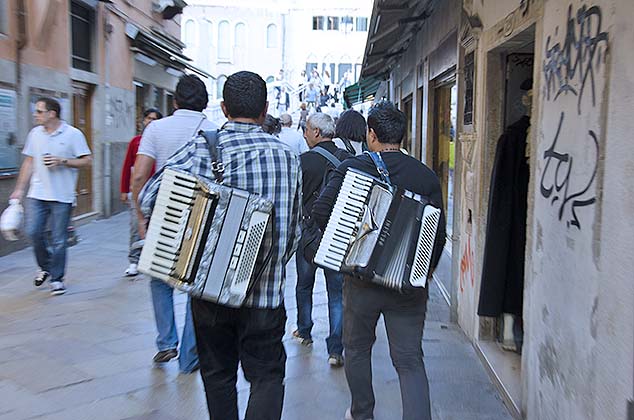 Street musicians are found across the city, and some are quite good. This pair was on their way to Piazza San Marco to earn a few Euros. 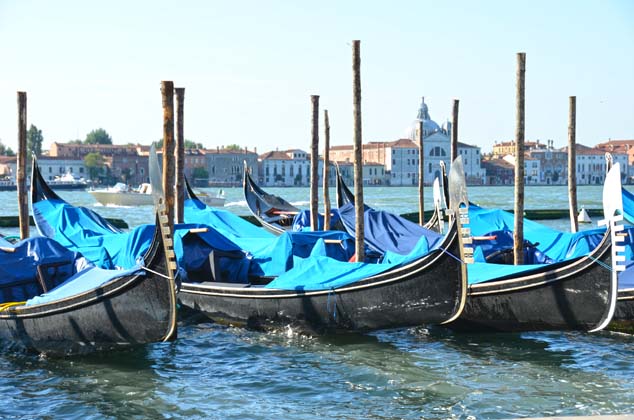 The gondola is a traditional, flat-bottomed Venetian rowing boat, well suited to the conditions of the Venetian lagoon. For centuries gondolas were the chief means of transportation and most common watercraft within Venice. In modern times the iconic boats still have a role in public transport in the city, serving as traghetti (ferries) over the Grand Canal. They are also used in special regattas (rowing races) held amongst gondoliers. 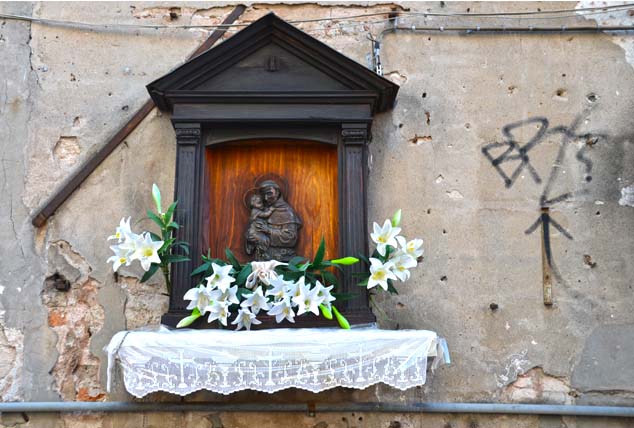 Across Venice, using flowers for outdoor display is common. These fresh lilies accented a religious icon in the city center. 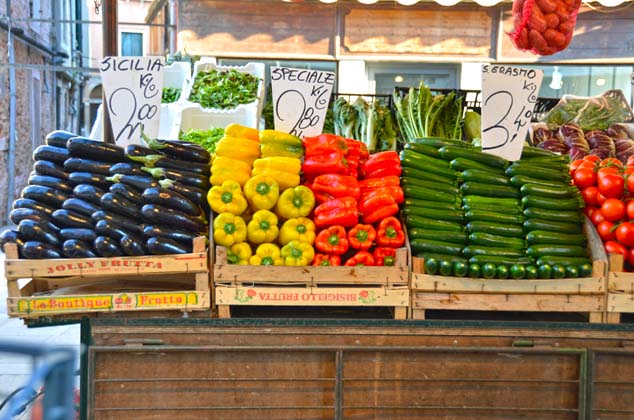 I lived in Rome for three years, and I can assure you that the vegetables in Italy are some of the best anywhere. These were being sold in an open street market in Venice.