The Major Attractions of Rome, Italy

The "Eternal City" of Rome is the largest open-air museum in all of Europe with dozens of must-see, photogenic sites.

The real charm of Rome is that you can easily walk to most sites. For example, after a mid-morning tour of the impressive Pantheon, one could stroll through Piazza Navona, enjoy a gelato in Campo De Fiori, then walk across the historic Ponte Sisto Bridge into Trastevere - Rome's oldest neighborhood - for an enjoyable lunch. Total miles walked? Less than three!

From Trastevere, it's only a 20-minute walk along the Tiber to the Vatican. After a tour of Saint Peter's Basilica, another short walk to Castel St. Angelo, where the best views of Rome are found atop that impressive castle.

As you can see, Rome is a walkable city, and by walking you get a real feel for the ambiance of Rome and the Italian way of life. Good, free walking maps are available all over the city, so hit the cobblestones. 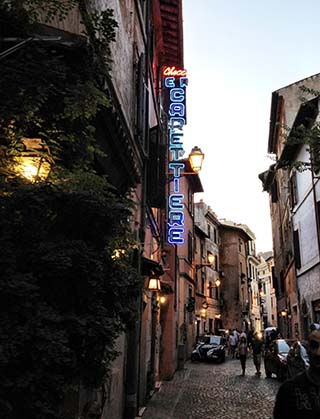 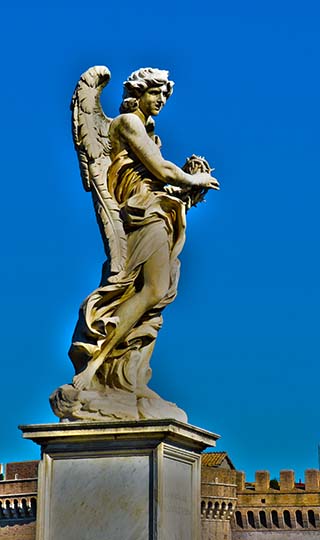 One of the many angels that grace the bridge over the Tiber River leading to Castel Sant'Angelo. 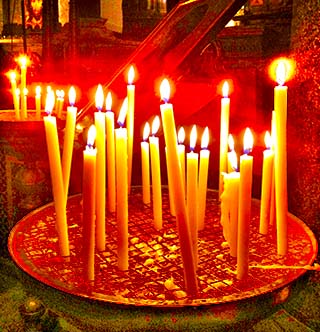 Candles burning inside of Santa Maria in Trastevere, one of the oldest Christian churches in Rome. It is also one of the most visited sites in the "Eternal City," as many historians believe that the first mass was openly celebrated here. 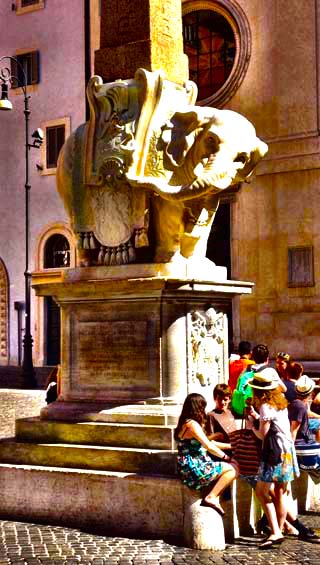 This is the famous elephant obelisk created by Bernini and Ercole Ferrata. It stands in the Piazza della Minerva, a short distance from the Pantheon. 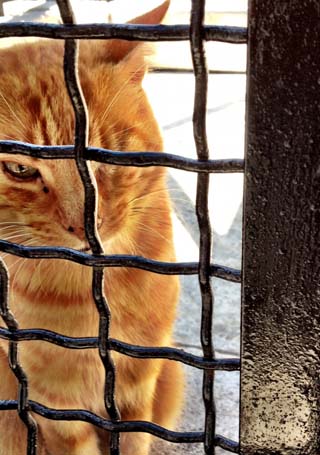 One of the cats sheltered within the Torre Argentina Roman Cat Sanctuary. 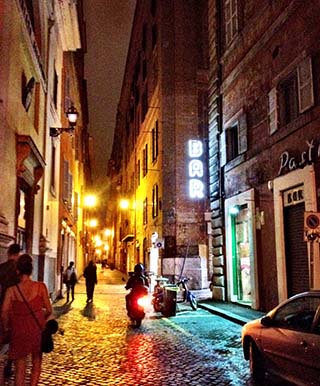 Walking through Rome's City Center at night is magical. 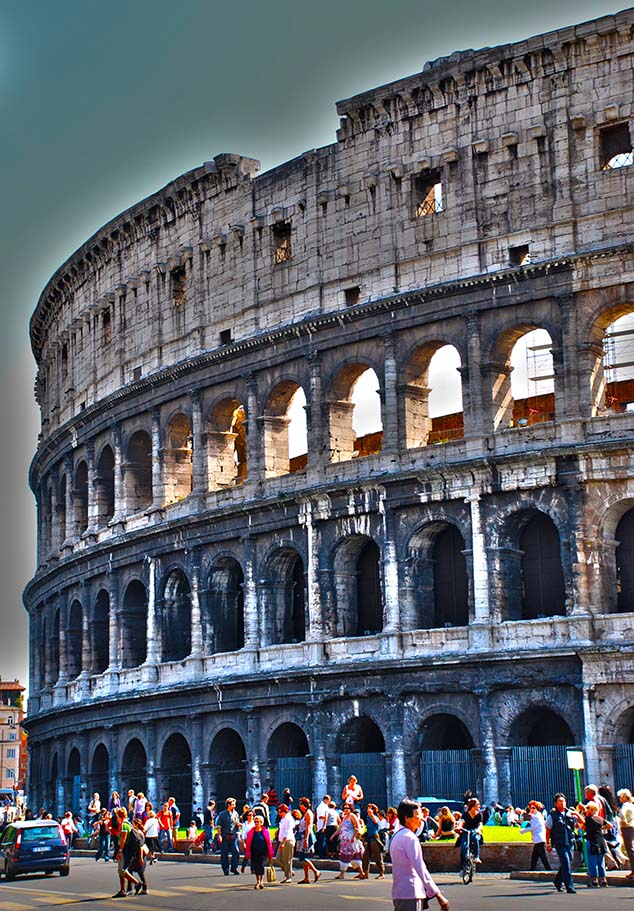 The Colosseum is one of Rome's most popular tourist attractions. Although in the 21st century it stays partially ruined because of damage caused by devastating earthquakes and stone-robbers, the Colosseum is an iconic symbol of Imperial Rome. Built of concrete and stone, it is considered one of the greatest works of Roman architecture and Roman engineering. 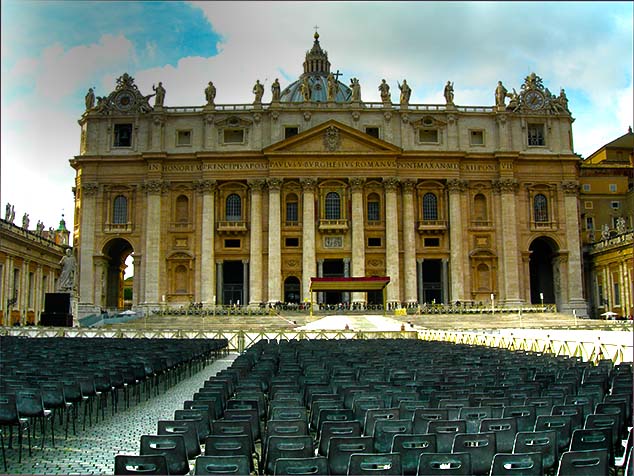 Saint Peter's Basilica in the Vatican is a Renaissance church designed principally by Bramante, Michelangelo, Carlo Maderno and Bernini It certainly is the most renowned work of Renaissance architecture and remains one of the largest churches in the world. No visit to Rome would be complete without a tour of Saint Peters. 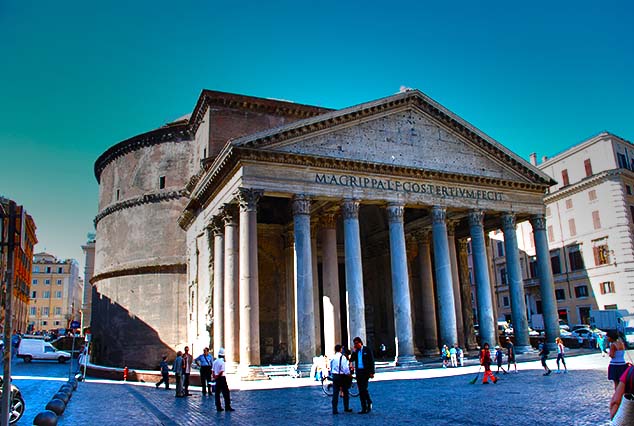 The Pantheon is Rome's most magnificent ancient temple; the most complete ancient building in Rome and one of the city's most spectacular sights. Until the 20th century, the Pantheon was the largest concrete structure in the world. Michelangelo studied its great dome before starting work on the dome of St. Peter's Basilica. When to visit Rome, and you will (or at least you should) this amazing site must be one of your stops. 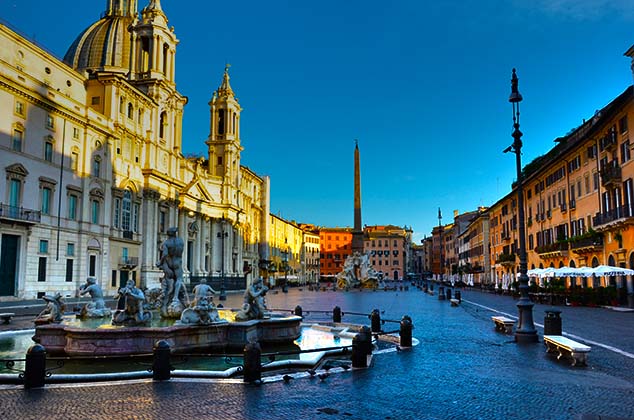 Piazza Navona is a city square in Rome. It features important sculptural and architectural creations: in the center stands the famous Fountain of the Four Rivers by Gian Lorenzo Bernini, topped by the Obelisk of Domitian, brought here in pieces from Egypt. The piazza was featured in many films inducing Dan Brown's 2000 thriller Angels and Demons. 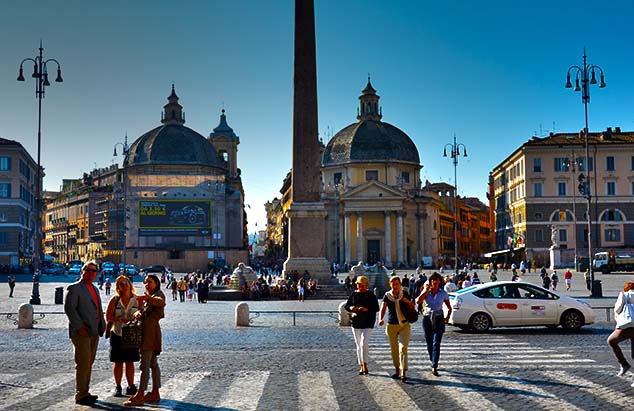 Piazza del Popolo is a large urban square in Rome. Its most striking feature is the massive Egyptian obelisk of Sety I at its center; brought to Rome in 10 BC by order of Augustus. Shown are the "twin" churches of Santa Maria in Montesanto (left, built 1662-75) and Santa Maria dei Miracoli (right, built 1675-79). The Via del Corso (one of then city's main streets) exits between the two churches. 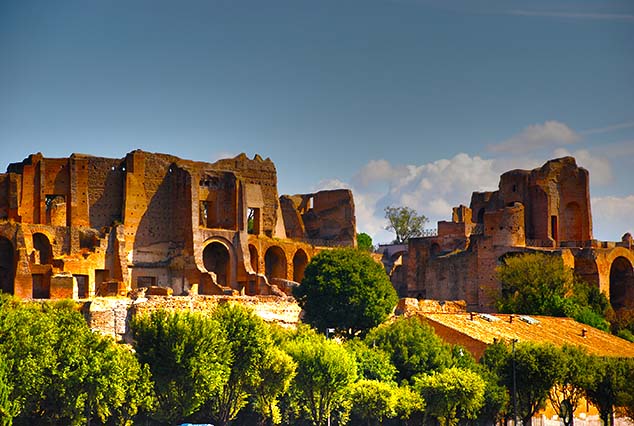 Palatine Hill, the center most of the Seven Hills of Rome, is one of the most ancient parts of the city. It stands about 40 meters above the the Circus Maximus. The ruins shown are those of the "House of Augustus," buildings that served as the primary residence of Caesar Augustus during his reign. 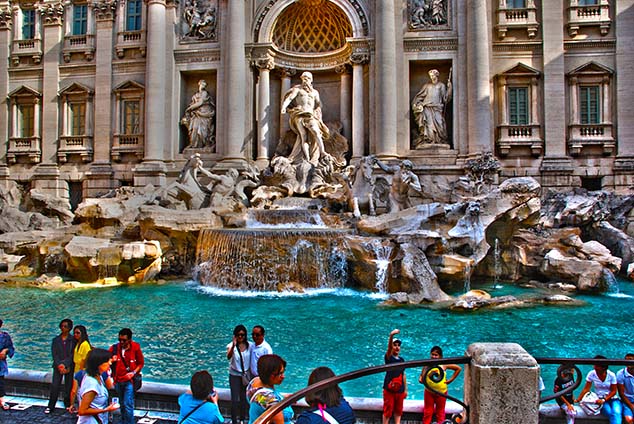 Rome's Trevi Fountain is one of the most famous fountains in the world. A traditional legend holds that if visitors throw a coin into the fountain, they are ensured a return to Rome. This was the theme of 1954 movie "Three Coins in the Fountain" and the Academy Award-winning song by that name which introduced the picture. An estimated 3,000 euros are thrown into the fountain each day. 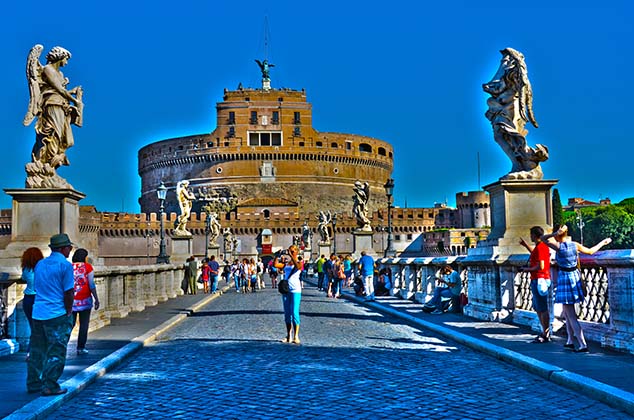 The Mausoleum of Hadrian, usually known as the Castel Sant'Angelo. is a towering cylindrical building in Rome. It was initially commissioned by the Roman Emperor Hadrian as a mausoleum for himself and his family. The building was later used by the popes as a fortress and castle, and is now a museum. Touring this place is a must, especially for the views of Rome from atop.