After the events of Easter Sunday, 1916, the nationalist leaders that supported an independent Irish Republic were all quickly court-martialed, then brutally shot (executed) at Dublin's Kilmainham Gaol (prison) by the British.

All were marched (blindfolded) into this prison courtyard, then executed at point-blank range by British solders. James Connolly was so badly injured in previous fighting that he could not stand, so he was placed in a chair, and then shot. Thomas Kent was later shot in Cork, Ireland, and Roger Casemen was hanged in London, England.

Despite its military failure - mainly because of the overpowering force of British troops in Dublin - this event, this 'Easter Rising" is rightfully judged as the most significant inspiration in the eventual creation of the Irish Republic.

If you ever travel to Dublin, Ireland, don't miss touring Kilmainham Gaol. And when you stand in the central courtyard and see this cross (there are two) you can't help but feel proud of the men that died here, and it's a moment that will stay in your mind for a very long time. 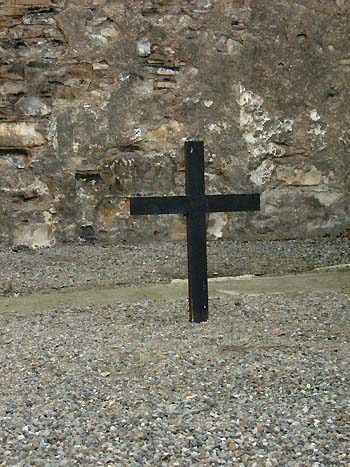 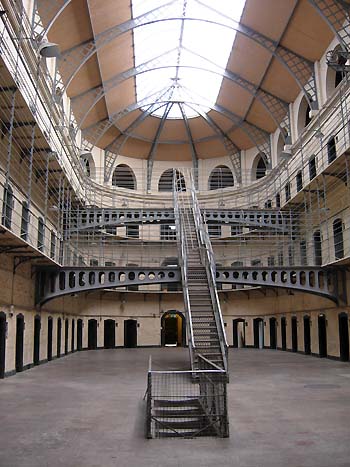 Kilmainham Gaol is one of the most important historical sites in Ireland, and is a designated National Monument. It opened in 1796 and closed in 1924.

Over its turbulent history, thousands of men, women and children were imprisoned together here for a wide variety of offenses - many relatively minor. A number of Ireland's most important historical figures spent time in the jail, and some of them died here by firing squad or by the hangman's noose.

This photo of the central prison area shows three levels of cells where hundreds of people were held at one time. From here, a series of wings branched out, wings that held other prisoners in stark conditions. 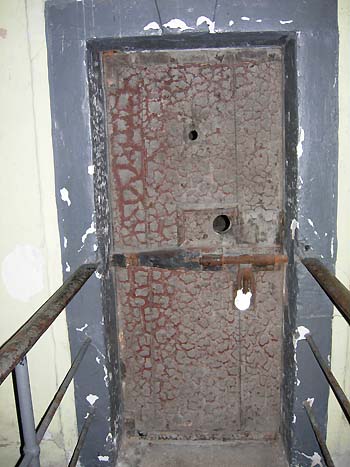 Behind this typical heavy door, in a cell about the size of a home closet, with no plumbing and no heat and very little light, prisoners (often six to a cell) would serve out their sentences. It was not unusual for unrelated men, women and children to be imprisoned in the same cell.