More Dublin photos Dublin, Ireland's capital city, is one of Europe's most visited spots. Its many attractions, castles, churches and historical sites are within easy walking distance of each other. 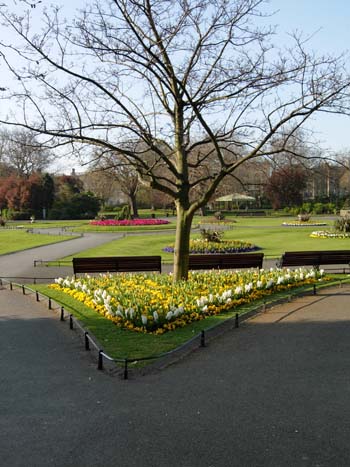 St. Stephen's Green
This large park in central Dublin is so clean and so beautiful that one could sit for hours, and just enjoy the scenery and tranquility of Ireland. 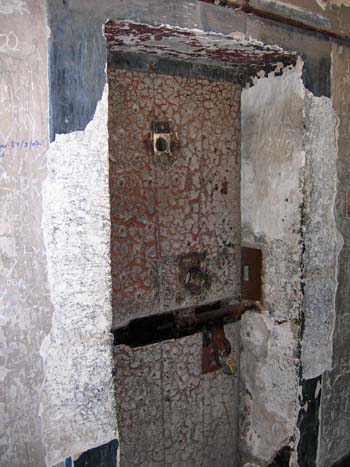 Kilmainham Gaol
Kilmainham Gaol (well worth touring) is one of the most important historical sites in Ireland, and is a designated National Monument. Within this now closed prison and behind this typical heavy door, in a cell about the size of a home closet, with no plumbing and no heat and very little light, prisoners (often six to a cell) would serve out their sentences. It was not unusual for unrelated men, women and children to be imprisoned in the same cell. 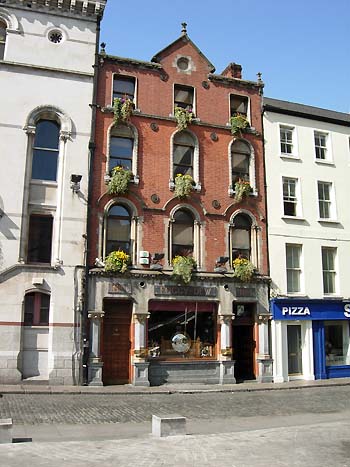 Foggy Dew Pub
Many Georgian-style buildings in Dublin have plants in their windows, and the Foggy Dew Pub is a good example. 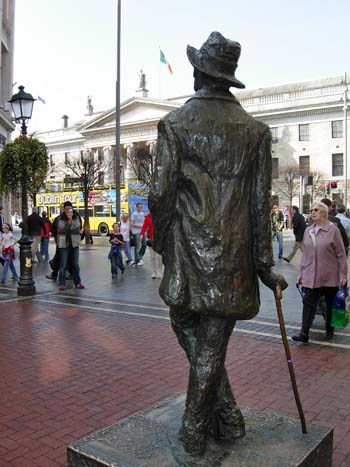 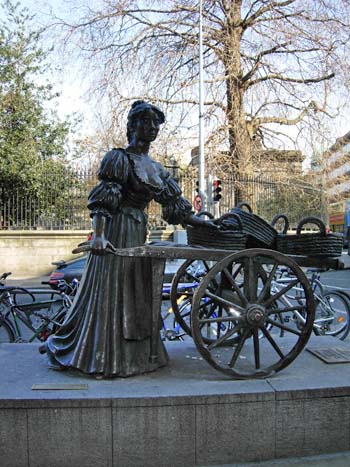 Molly Malone This bronze statue of Molly Malone is reportedly the most photographed site in all of Dublin. 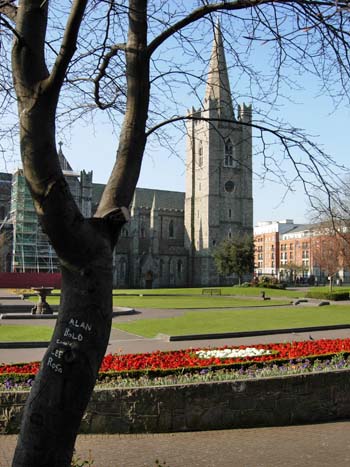 St. Patrick's Cathedral
St. Patrick's is Ireland's largest church and one of its most visited sites. It was built between 1191 and 1270, and throughout its long history has contributed much to Ireland. Its most famous and revered Dean was Jonathan Swift, author of Gulliver's Travels. 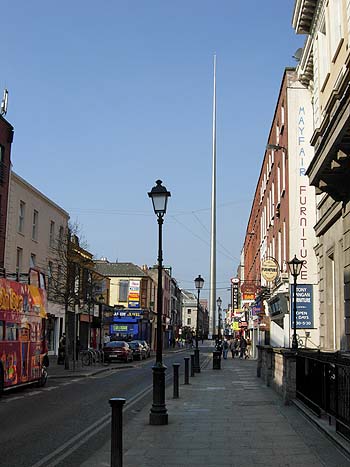 Spire of Dublin
Located on O'Connell Street in Dublin, this stainless steel monument is 393 feet high, and can be seen from much of the city. Some citizens proudly consider it the country's Eiffel Tower, while others refer to it as an out-of-place gigantic needle in the sky. 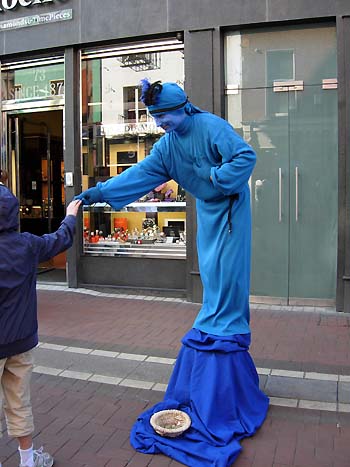 Street Entertainer
In Dublin, especially along Grafton Street, the city's main high-end shopping district, street entertainers of all types abound. This purple-robed Genie wowed the crowds, and his basket was full of Euros. 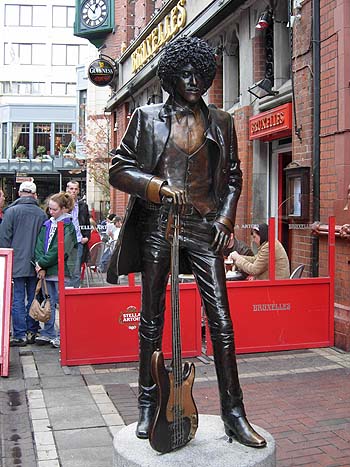 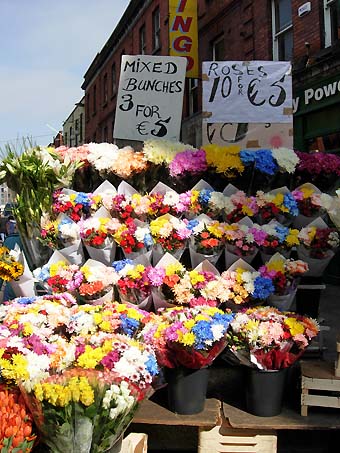 Street Flowers Like most European cities, flower vendors on the streets of Dublin are commonplace; prices and selections are good.