Located in the North Atlantic Ocean, directly east of Greenland, Iceland is Europe's western most country, the second largest island in the North-Atlantic ocean, and a little over 3 hours flight from London, Paris or Copenhagen.

If Iceland is anything, it's photogenic. Surrounded by the icy waters of the North Atlantic Ocean and Greenland Sea, mountains and glaciers dominate the landscape, with scattered geothermal areas of mud pots and steam vents thrown in. Countless small islands and bays ring the country, and the rural areas are often moon-like in appearance.

On March 21, 2010, the Eyjafjallajokull Volcano in southern Iceland erupted for the first time since 1821, forcing 600 people to flee their homes. Further eruptions in April forced hundreds of people to abandon their homes. And in fact, the resultant cloud of volcanic ash brought major disruption to air travel across Europe.

Today visitors are returning to Iceland, and return they should as it remains one of the most alluring destinations on our planet. 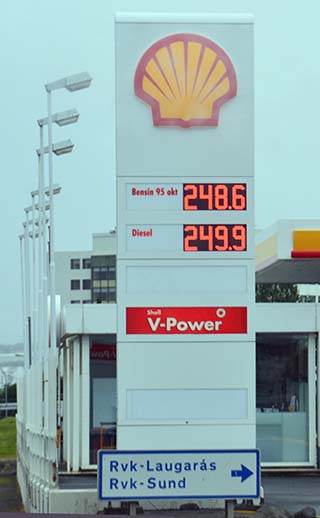 Gas is expensive in Iceland, as all of it needs to be imported. This sign displays the price per liter, and when we were there the price was over $11 per gallon. 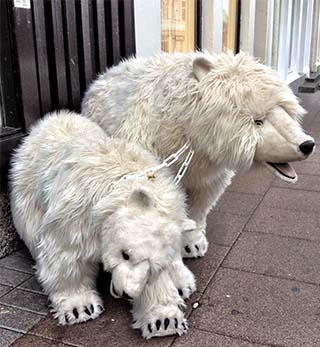 Polar bears on occassion do roam some of the northern reaches of the island. These two, wild as they were, were chained together for the safety of locals and tourists alkie. 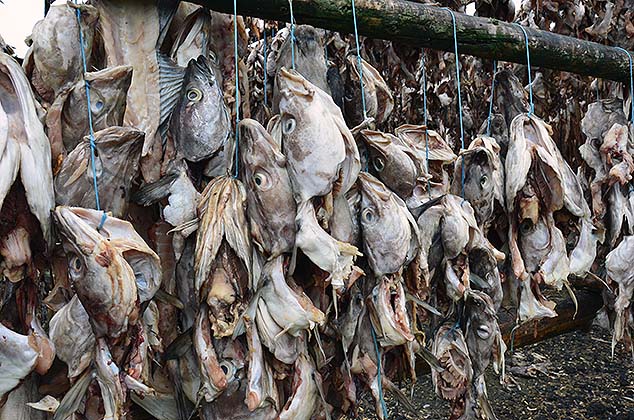 Fishing is a gigantic industry in Iceland, and the country exports large quantities to cities around the world. It also exports delicious smoked fish, and fish drying stations are found across the country. 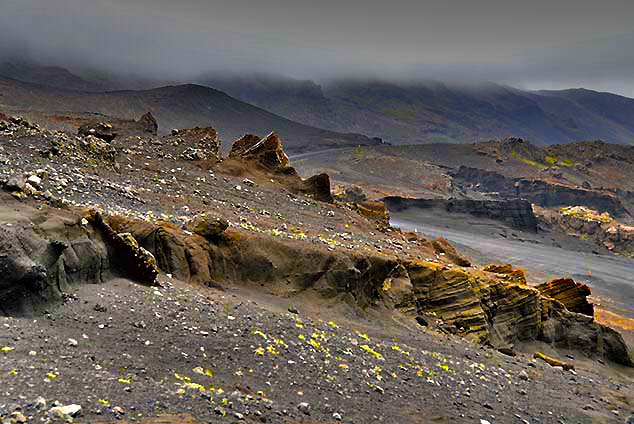 Because of numerous volcanic eruptions over the centuries, Iceland is all but covered by lava in many places. In some rural locations (like this) the landscape is moon-like. In fact, NASA used some locations here for the training of their astronauts prior to moon missions, and I think you can see why. 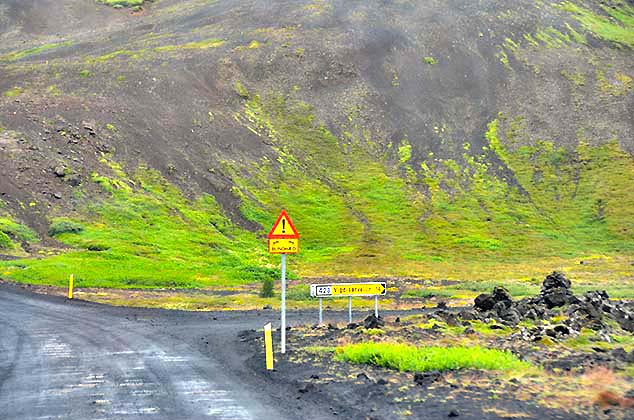 In the geothermal regions of Iceland, and there are many, this is a very common sight as moss grows over the lava landscape. For your information, we turned right. 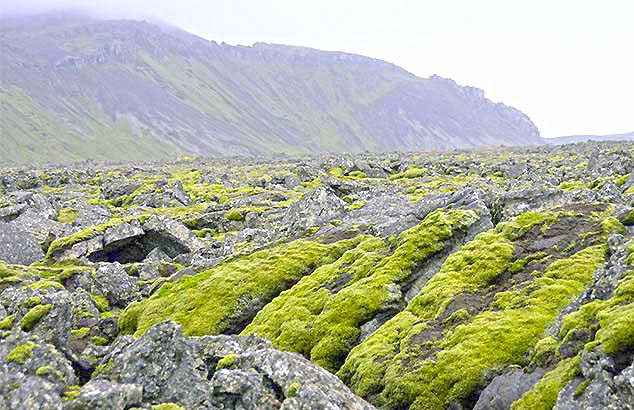 While driving along the coastal regions of southwestern Iceland, miles and miles of lava chunks covered the ground, and all were moss covered. Our guide told us that the landscape has remained constant for centuries. 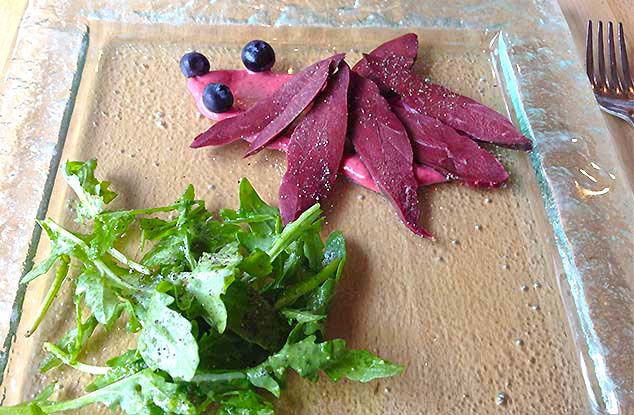 And yes, Puffins are on the menu in Iceland. Even though they look too cute to eat, I enjoyed this Puffin appetizer in a restaurant in Reykjavik; it tasted a bit like dried beef.