Djupivogur has a history of fishing and trading since 1589. The town is famous in Iceland for being the place with the highest temperature ever recorded in the island. 30.5 °C (87 °F) in June 1939.

The incomparable natural beauty of Djupivogur, with its mist-covered mountain peaks, gives this remote and sparsely populated village make you feel as if you just time traveled back to the 1900s.

The oldest house in Djupivogur is made of logs and was originally built in 1790. It has been renovated and is now the cultural center of the town It houses a museum as well as a gallery for local crafts and a coffee shop.

Popular activities for tourist include fishing, and evening boat voyages to the geologically fascinating mountains and fjords in the vicinity. 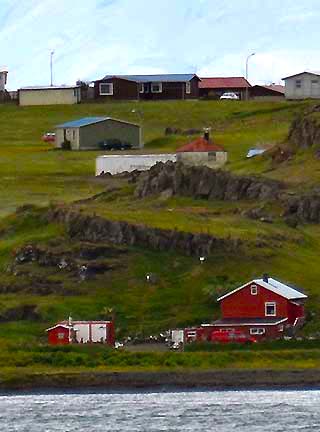 Farm buildings along the edge of Djupivogur Harbor, Iceland. 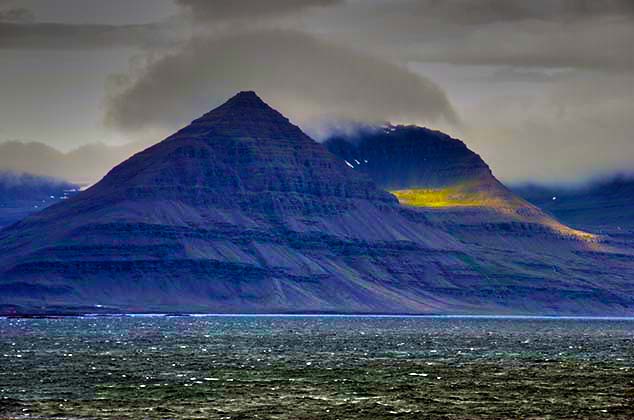 Pyramid shaped Mt. Bulandstindur has been the focus of fanciful myths and assumed mystical powers for centuries. This volcanic in origin peak is a local landmark on the edge of the village of Djupivogur, Iceland. 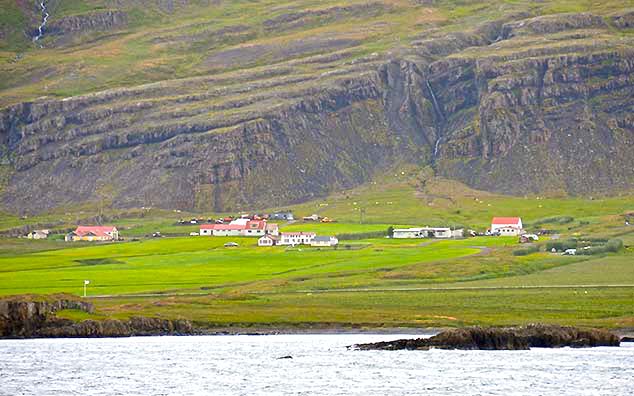 Approaching the village of Djupivogur from the North Atlantic Ocean, the mountains on both sides of the harbor are massive and steep, and fronted by scattered farms. 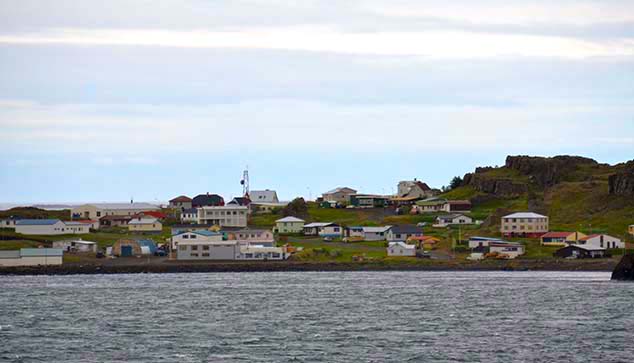 Djupivogur is a place with rich historic tales to tell; some of its older homes were fashioned from logs in the late 18th century. It slao serves as a starting point for intrepid travelers intent on visiting nearby Vatnajokull, Europe's largest glacier.