Budapest, Hungary
Budapest is the capital and the largest city of Hungary and the seventh largest in the European Union. It is the country's principal political, cultural, commercial, industrial, and transportation center.

Cited as one of the most beautiful cities in Europe, its extensive World Heritage Site includes the banks of the Danube, the Buda Castle Quarter, Andrássy Avenue, Heroes' Square and the Millennium Underground Railway, the second oldest in the world.

Other highlights include a total of 80 geothermal springs, the world's largest thermal water cave system, second largest synagogue, and third largest Parliament building. The city attracts about 2.7 million tourists a year, making it the 37th most popular city in the world according to Euromonitor. 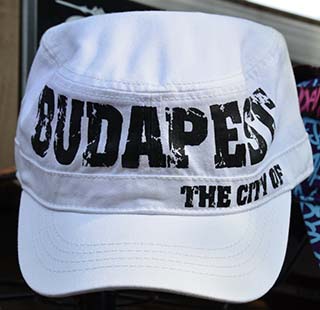 In a city of statues, this is one of my favorites 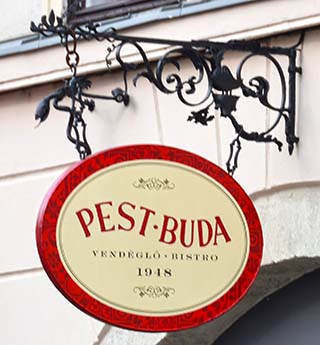 I had to look twice when I saw the spelling of this restaurant's name near the city's castle, but as it turned out, it was a great place to eat. 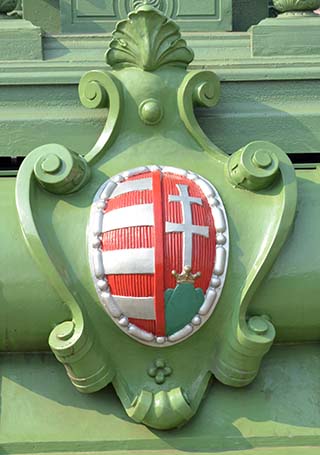 This symbol graced the entrance to one of the city's many bridges. 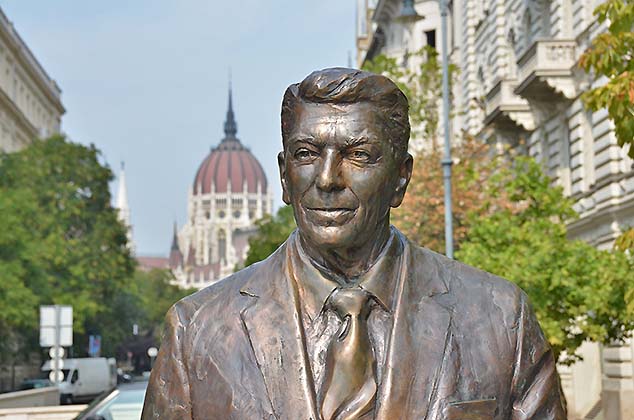 In June of 2011, Hungary unveiled a statue of former U.S. President Ronald Reagan, honoring him for his role in helping to end communism. Hundreds took part in the unveiling in Budapest's Szabadsag, or Freedom, square, including Prime Minister Viktor Orban and former U.S. Secretary of State Condoleezza Rice. Mr. Reagan was remembered for his role in "bringing the Cold War to a conclusion, and for the fact that Hungary regained its sovereignty in the process," the Hungarian government said in a statement. 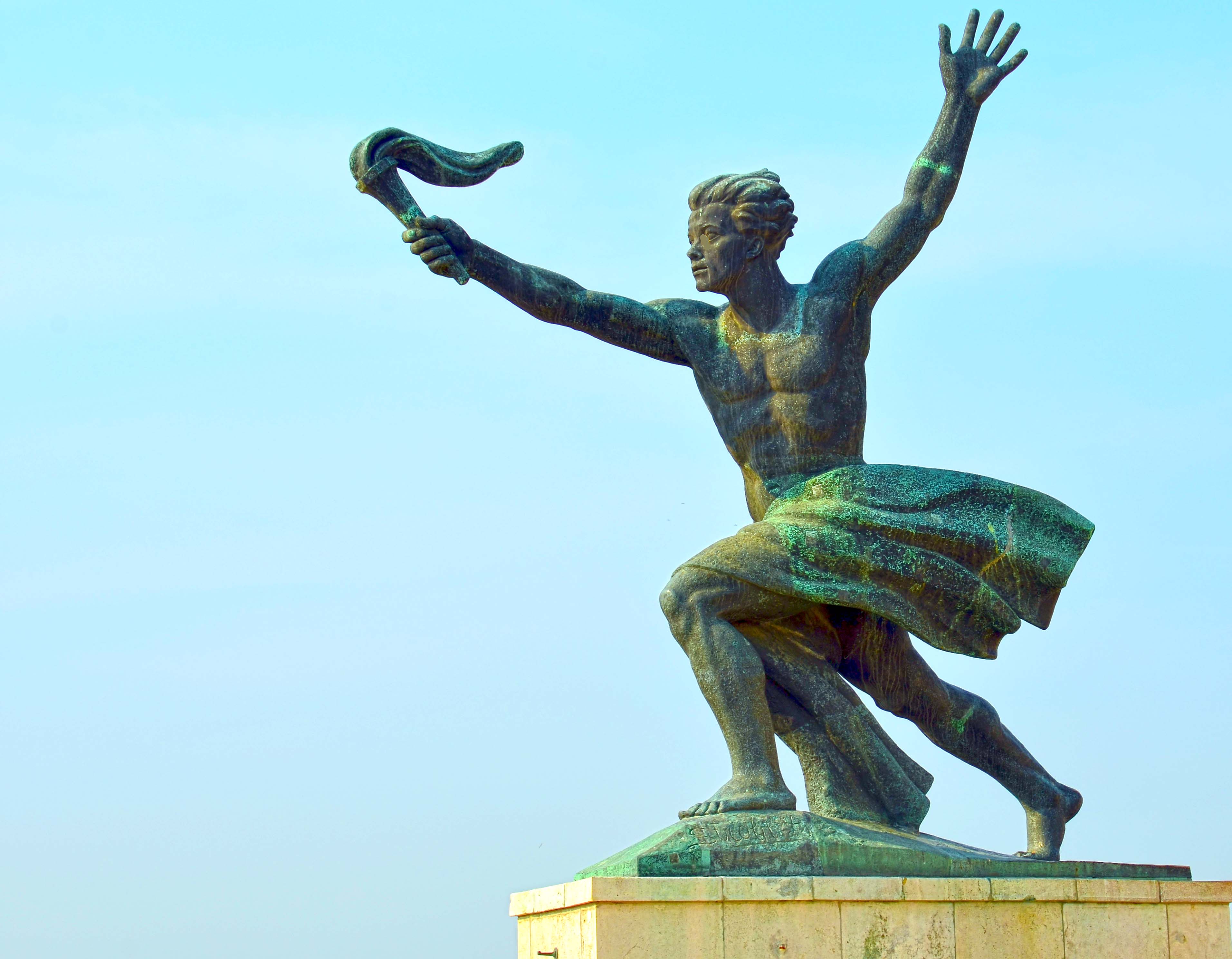 Gellert Hill is a 235 m (771 ft) high hill overlooking the Danube in Budapest, Hungary. Today it is an affluent residential area, a number of embassies and ambassadorial residences line the streets which wind up the hill. Since 1987, the area is listed as a world heritage site as part of "the Banks of the Danube." This is one of the many statues at its top. 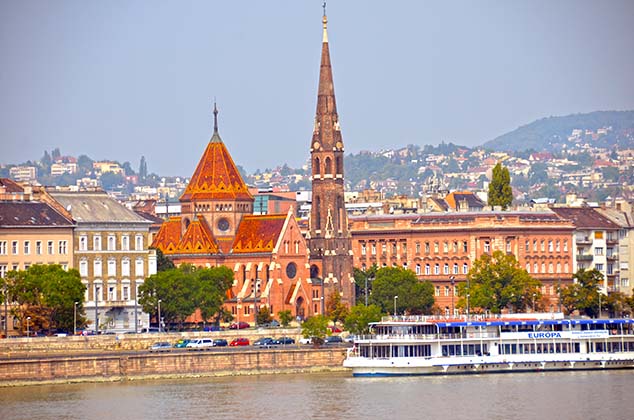 These are but a few of the colorful structures that front the Danube River on the "Buda" side of Budapest. 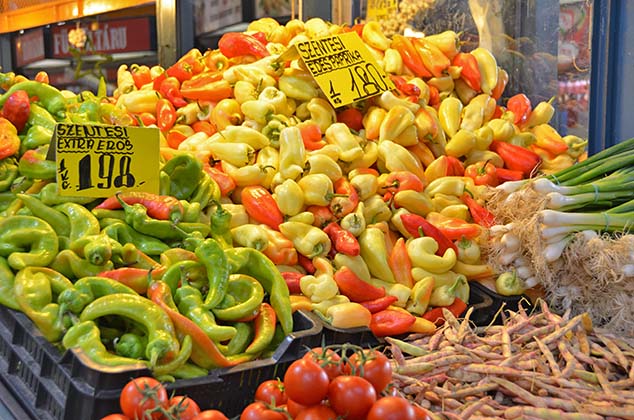 Although paprika is the symbol of Hungary's cuisine, the plant was first brought to the country by the Turks in the 16-17th centuries. The color of the paprikas (sold in markets across Budapest) varies from mild to bright red, and note that the brightest red paprika is the hottest, and it will easily make you cry. 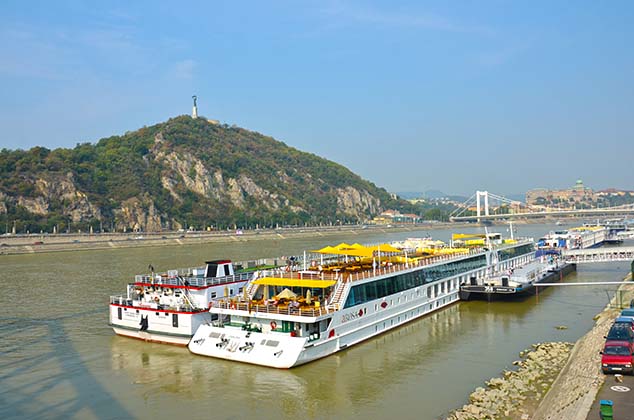 With an overall length of over 1800 miles, the River Danube flows from its source in the Black Forest of Germany through eight countries to the Black Sea - it is the only major European river to flow from west to east. The river flows through Austria to its capital Vienna and on to Budapest in Hungary. In Budapest, dozens of river cruise boats are in port during most weeks in the summer and fall months. If you haven't taken a river cruise, you should, as they're great fun. 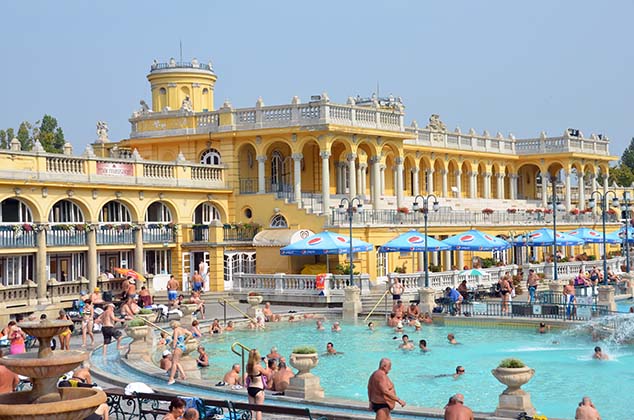 The Szechenyi Medicinal Bath in Budapest is the largest medicinal bath in Europe. Its water is supplied by two thermal springs, their temperature is 74 °C (165 °F) and 77 °C (171 °F), respectively. The huge complex also includes saunas and steam. Massage services are available. 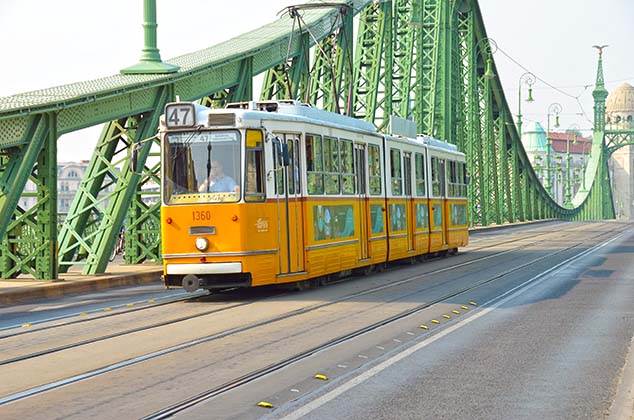 The Budapest tramway network is a vital part of the public transport system in Budapest, the capital city of Hungary. In operation since 1866, the network is presently one of world's largest tram networks, at about 196 km (122 mi) in total length. As of 2012, it was composed of 31 lines throughout the metro. This one is crossing the Szabadsag Bridge.