Once completely dependent on the fishing industry, today Warnemunde's economy still depends on its ship yard, but also on its revised harbor, an important stop for cruise ships in the Baltic Sea.

A wide assortment of restaurants, pubs and shops line the canal entrance to the town, as well as traditional fishing boats and pleasure craft. 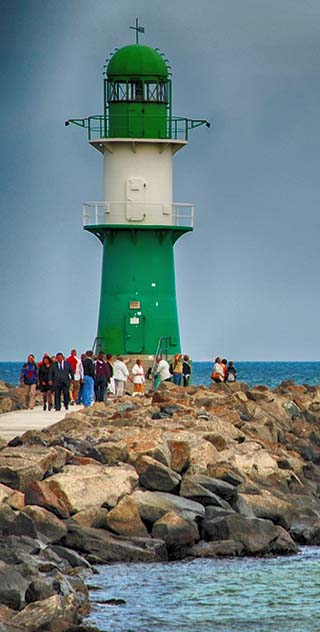 A lighthouse at the end of Warnemunde's seawall. That's the Baltic Sea, with Denmark the closest country to the north.

Every port has it seagulls, and this one had his eye on me. 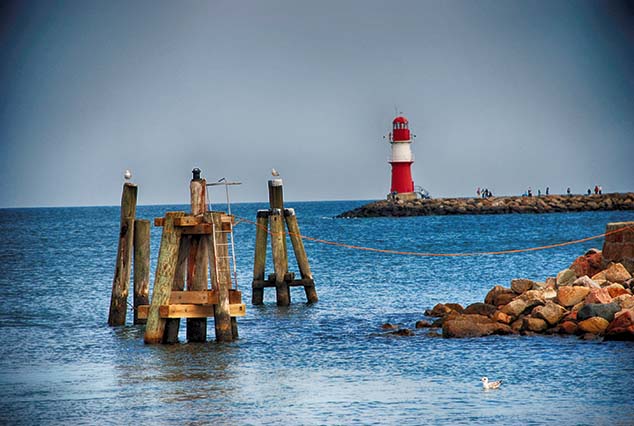 At the mouth of the river Warnow, this is the Baltic Sea entrance to the port city of Warnemunde, Germany. 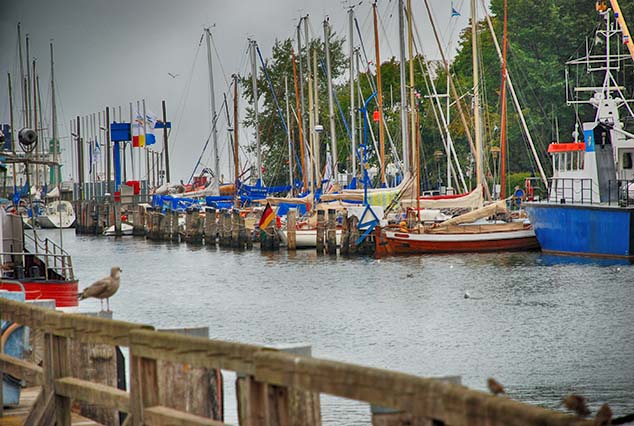 Because of the constant windy condition in the Baltic Sea, sailing is a popular recreational activity. 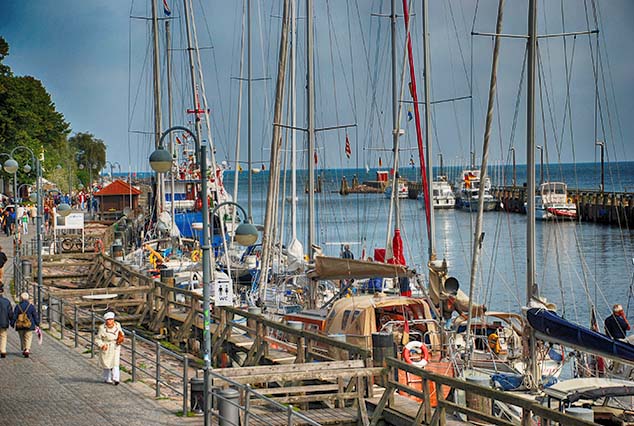 Summer is regatta season in Warnemunde, and hundreds of sailing boats arrive for days of racing and nighttime parties. 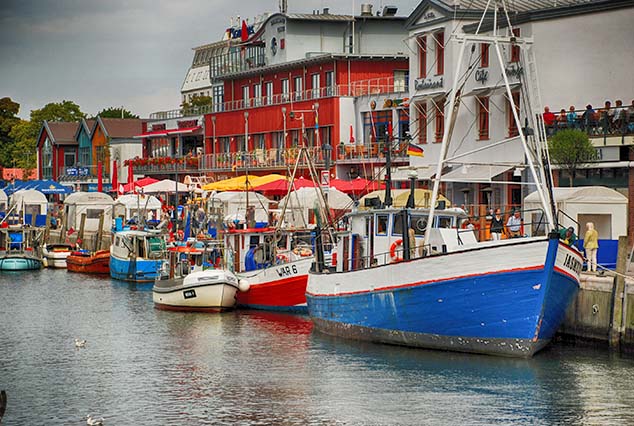 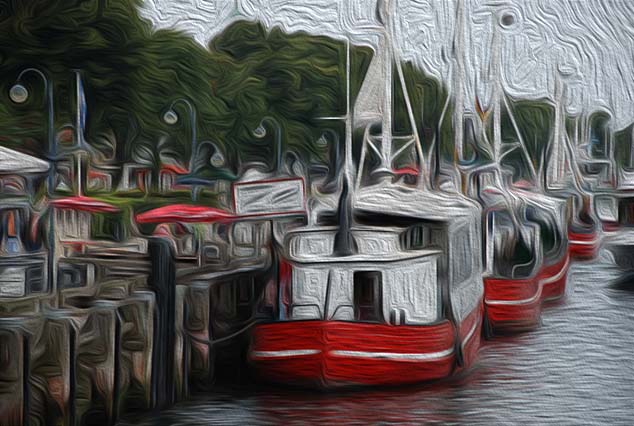 This is a Photoshop watercolor treatment of Warnemunde's fishing fleet, most painted red and white. 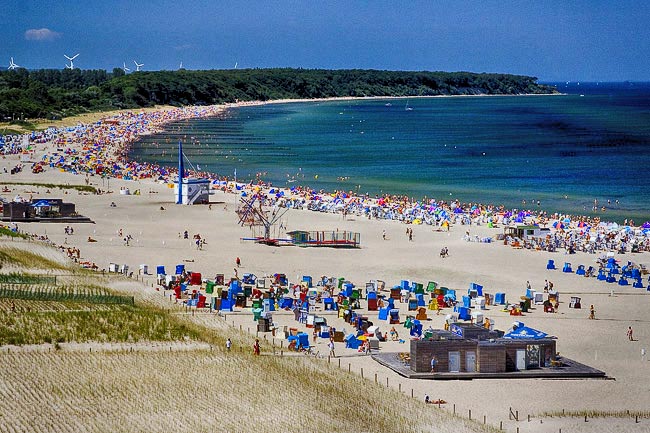 The most prominent beach in the north-eastern Germany is at Warnemunde. Often called the "White beach," due to its white soft sand, Warnemunde beach offers long hours of sunshine in the summer season.