Osnabruck is a city in Lower Saxony, Germany, some 80 km NNE of Dortmund, 45 km NE of Munster, and some 100 km due west of Hanover. It lies in a valley penned between the Wiehen Hills and the northern tip of the Teutoburg Forest. As of December 31, 2010, its population was 164,119, making it the third-largest city in Lower Saxony.

Osnabruck's historic center is compact and cobbled and dominated by impressive buildings; its back streets bustle with cafes, pubs and wine bars; there are numerous museums and art galleries and ample opportunities to shop - all of which make this medieval walled city in northwest Germany an ideal (if not obvious) destination for a short break.

Major sites to see include the original Town Hall in Old Town; St. Peter's Cathedral, founded in the 11th century; Heger Tor ("Heger Gate"), a monument to the soldiers from Osnabruck who died at the battle of Waterloo (1815), and Bucksturm, the oldest tower in the city, and once part of the city walls. It was once used as prison for women accused of witchcraft.

Osnabruck is surrounded by a charming countryside that offers many recreational activities where one can enjoy walking, cycling, jogging or mountain biking. In addition, a wide of museums, theaters, cinemas, bars and restaurants are available within the city. 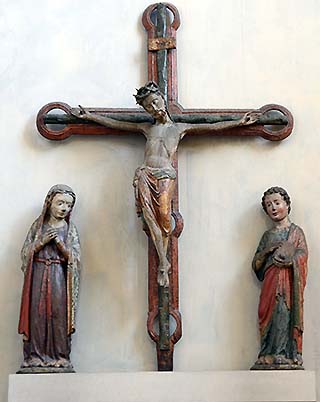 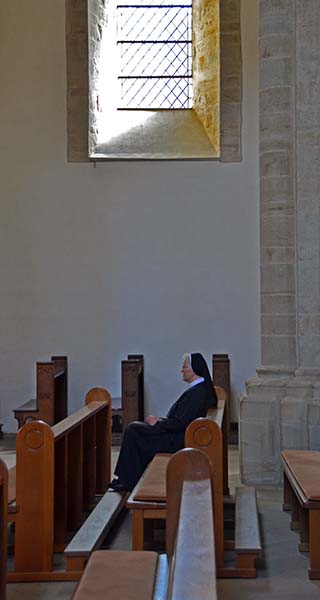 A nun at prayer in St. Petrus Dom, Osnabruck, Germany. 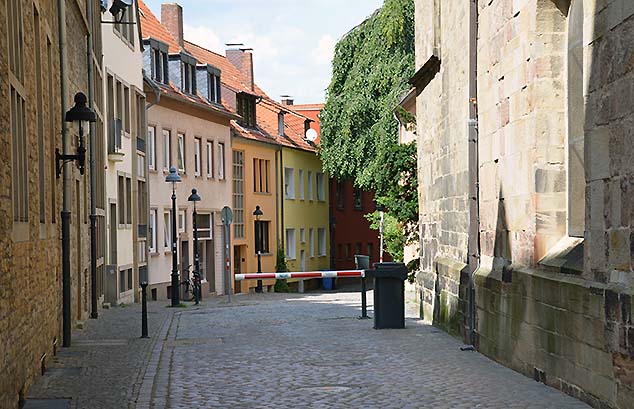 The history of Osnabruck began in 780, when the Emperor Charlemagne founded a mission on the banks of the River Hase. In 1002, the Bishop of Osnabruck was granted a charter to hold a market, mint coins and collect customs dues. Osnabruck developed, as a member of the Hanseatic League from 1412 to 1669, into a cultural and commercial center open to the world. This city street fronts St. Mary's (shown to the right) and additionally mentioned below. 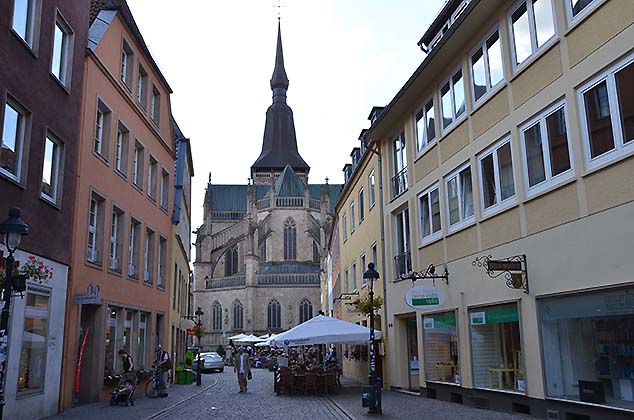 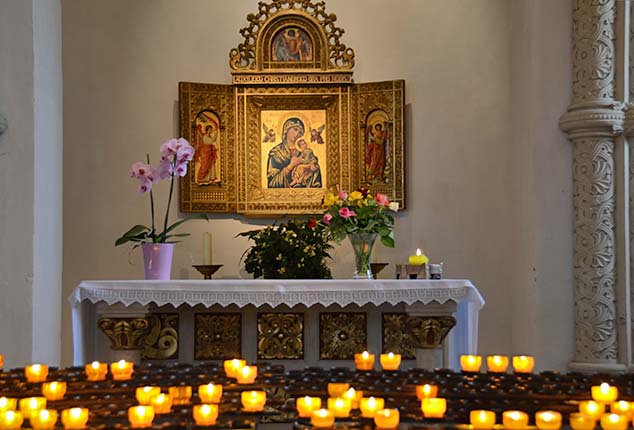 Since its foundation by Charlemagne, the "Dom St. Peter" (St Peter's Cathedral) has been the religious center for more than 1,225 years. The church is an inspiring respite, and exhibits that cover a period of more than one thousand years are preserved in the cathedral. 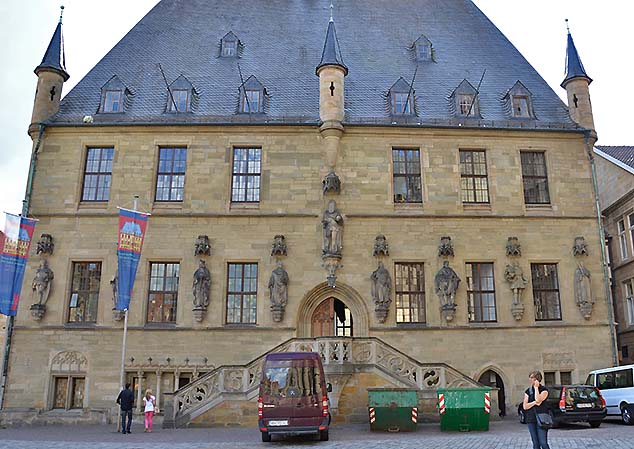 The city's Town Hall in late-Gothic style took more than 25 years to build. Inside the hall, among other historic items, are 42 portraits show the envoys of the peace congress as well as the rulers of that time. 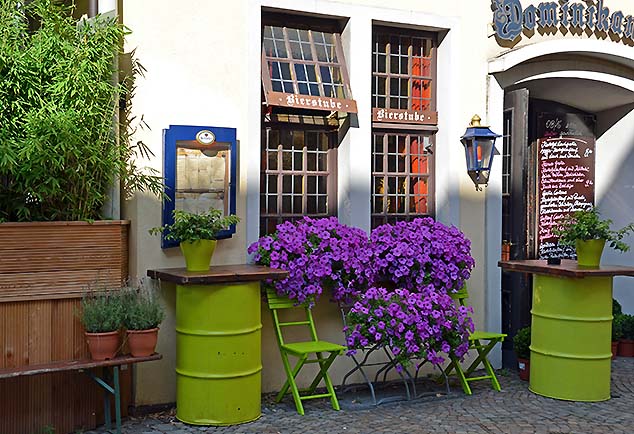 Osnabruck is a charming, friendly place with welcoming cafes and restaurants at every turn.