Miltenberg (population 9,500) lies primarily on the left bank of Germany's Main River. After recently purchasing land from a neighboring community, Miltenberg has been spreading itself out along the river's right bank.

The city is known for its half-timbered houses that line its main street; a group of beautiful buildings spanning the 15th to 17th centuries, as well for its interesting shops and for cozy taverns serving local cuisine along with tasty beer and wine.

Other major points-of-interest include the Mildenberg Castle, the town's history museum, the Schnatterloch Marketplace, the Hotel Zum Riesen (one of Germany"s oldest inns, if not the oldest) and the Mainz Gate. 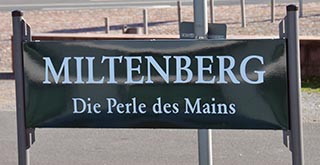 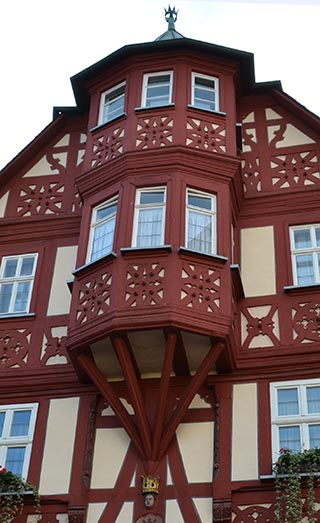 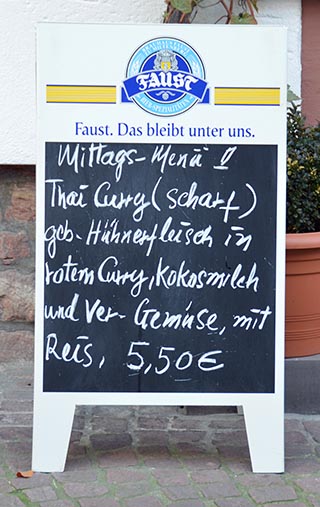 As for the menu in German, your guess is as good as mine. 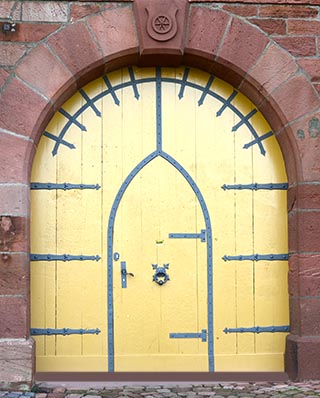 The entrance door to Mildenburg Castle. 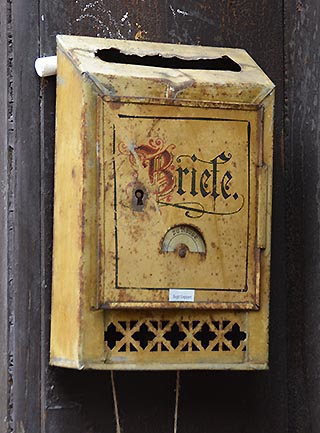 A time-worn mailbox in Miltenberg, Germany. 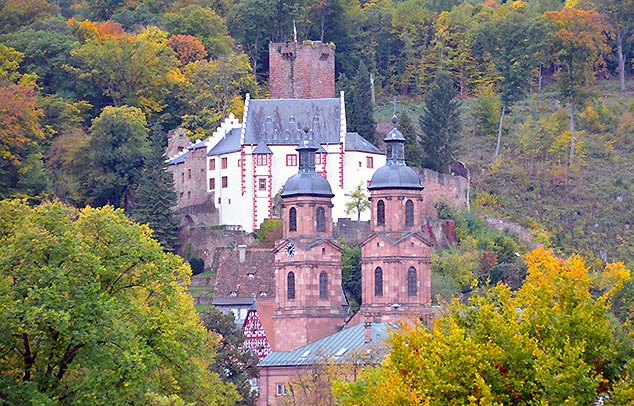 The Mildenburg Castle is a relatively small fortress when compared to other castles in Germany. It can easily be walked to from Miltenberg's Market Square, and once within its walls it does afford a wonderful view of the old city. The archbishop of Mainz initiated its construction, circa 1200. 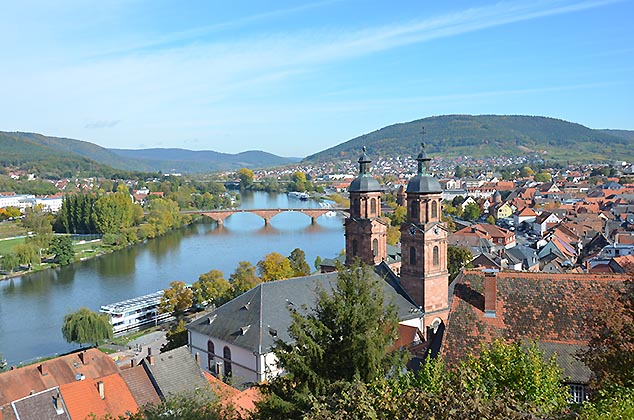 From atop Mildenburg Castle, this is a view of Miltenberg looking to the east; the river is the Main. The two twin spires are part of the 14th century Church of St. James. 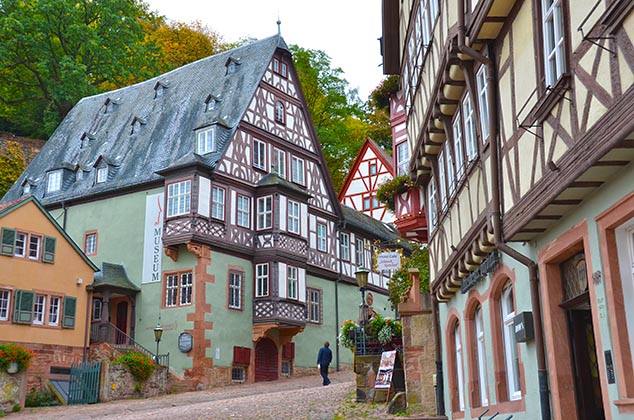 Miltenberg's "Marktplatz" has several half-timbered houses, most dating to the 16th century. 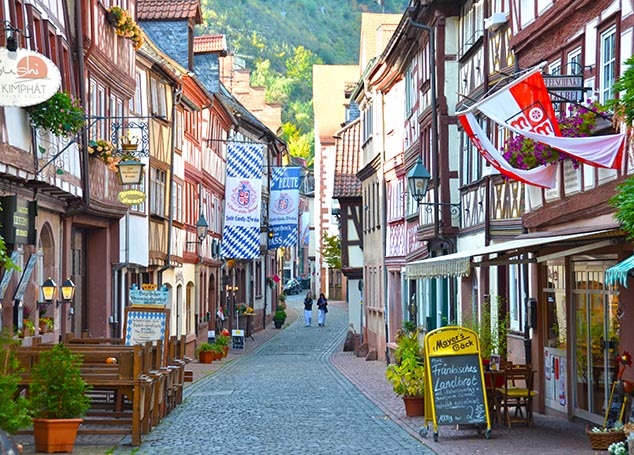 This is a view of Miltenberg's Hauptstrasse, the city's main street; it is lined with half-timbered houses, restaurants and interesting shops. 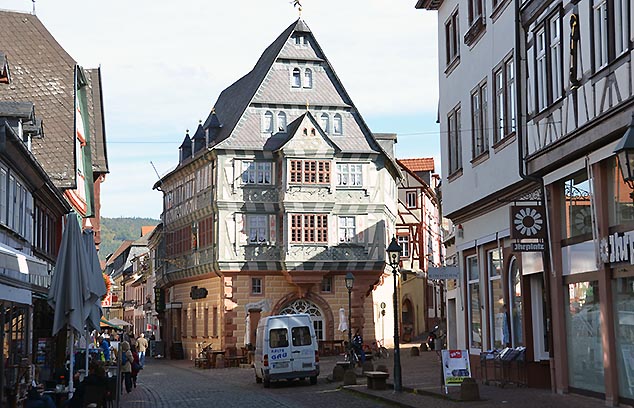 Gasthaus zum Riesen (center) is a beautifully restored inn that claims to be Germany's oldest Inn. It dates from 1590, and a local historical document indicates that the owner at the time was granted the right to fell a hundred oak trees for its construction. I ate there and had "the best" roasted salmon I've ever had, and I've eaten my share of salmon in my travels. 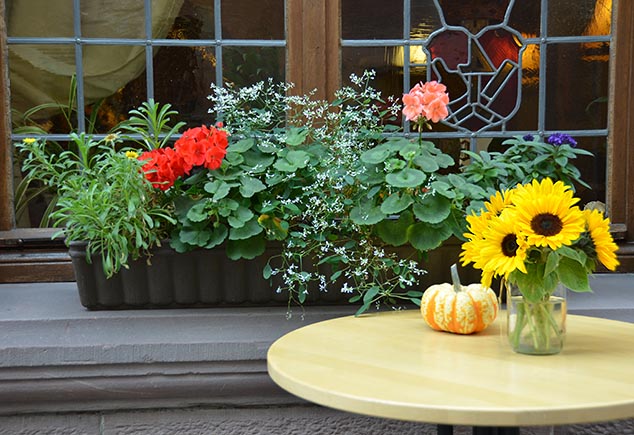 Like many cities in Germany, flower are everywhere and Miltenberg is no exception. 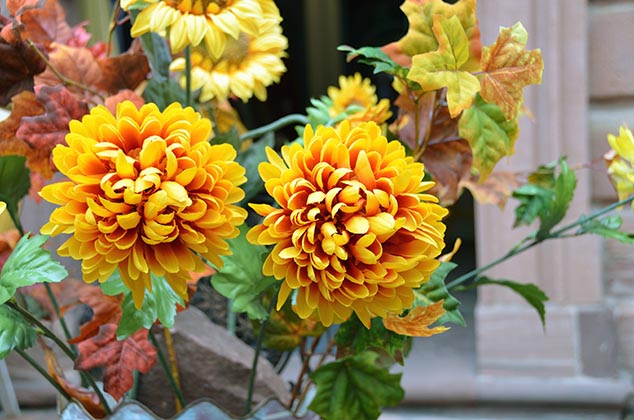 A pair of beautiful yellow chrysanthemums along Miltenberg's Hauptstrasse; they could be Dahlias.. 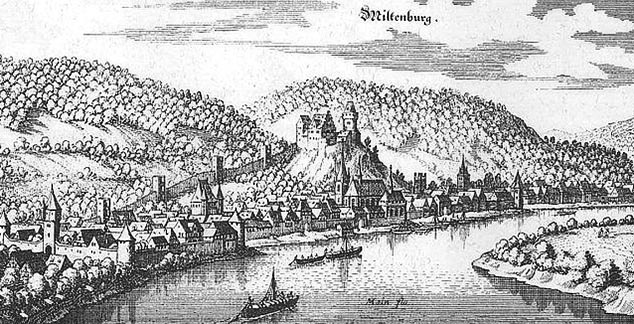 An historic 1655 black and white print showing Miltenberg, Germany, and the Main River; note castle on the hill.