Dresden is the capital city of the Free State of Saxony in Germany. It is situated in a valley on the River Elbe, near the Czech border.

Dresden has a long history as the capital and royal residence for the Electors and Kings of Saxony, who for centuries furnished the city with cultural and artistic splendor. The city was known as the Jewel Box, because of its baroque and rococo city center.

A controversial Allied aerial bombing towards the end of World War II killed thousands of civilians and destroyed the entire city center. The impact of the bombing and 40 years of urban development during the East German communist era have considerably changed the face of the city.

Restoration work has helped to reconstruct parts of the historic inner city, and today Dresden is home to several important art collections, world-famous musical ensembles, and significant buildings from various architectural periods, many of which were rebuilt after the destruction of the Second World War. 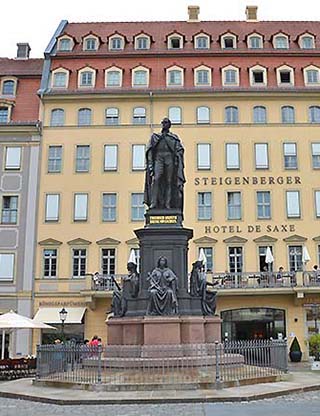 A bronze statue of Frederick Augustus II, the Saxon king, stands on the Old Market Square in Old Town. 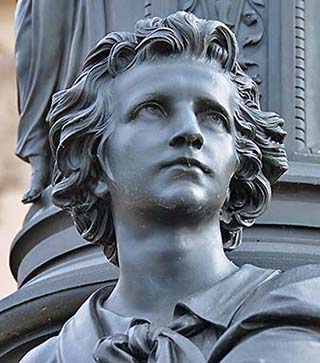 In a city of statues, this is the face of one. 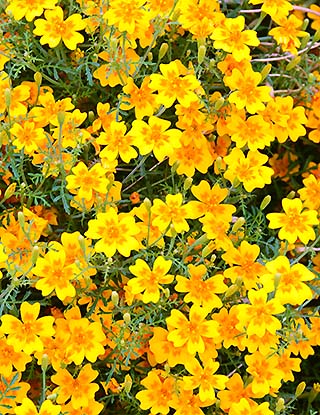 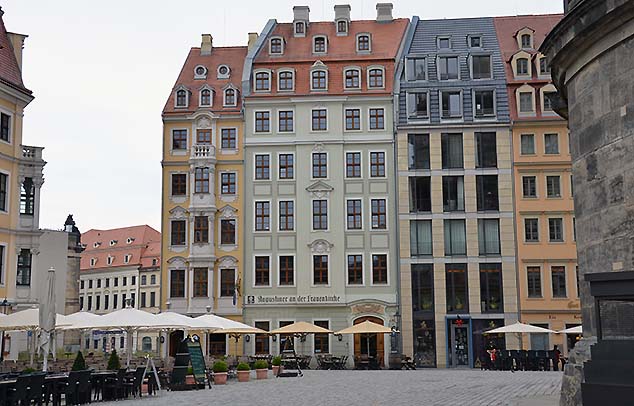 Dresden's Old Town is certainly the center of city life. These are a few of its colorful 18th century apartment buildings. 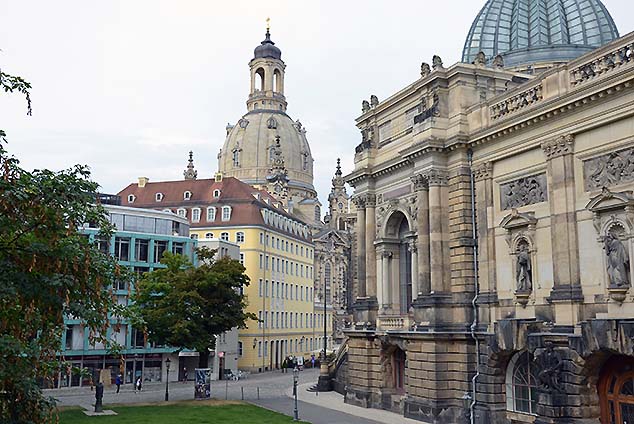 Despite the nearly complete destruction of the inner city at the end of WWII, Dresden's skyline - a fantastic assemblage of Baroque, Neo-Baroque, and late Renaissance towers - remains one of the most charming sights of Europe. 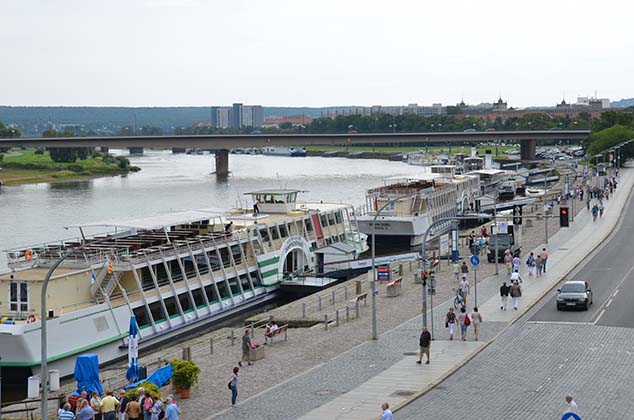 The river Elbe, which flows right past Dresden's Old Town, is lined with wide, grassy riverbanks, which offer stunning views of the Old Town. On the weekends, hundreds of locals and visitors alike take an afternoon boat trip down the Elbe. 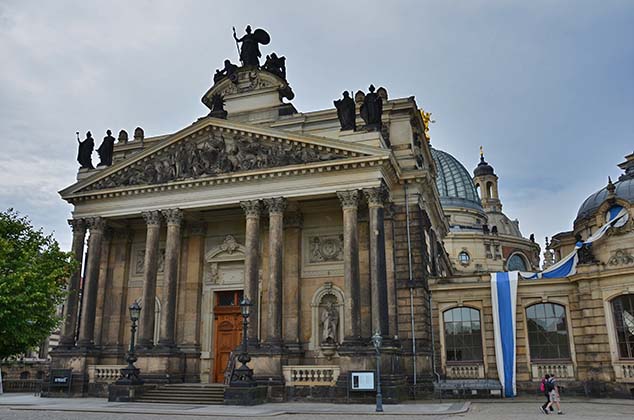 This is one of the three buildings of today's Dresden Academy of Fine Arts, the former Royal Academy of Arts, built in 1894. Since 1991, the building has been heavily renovated and the parts that were destroyed during World War II were reconstructed. 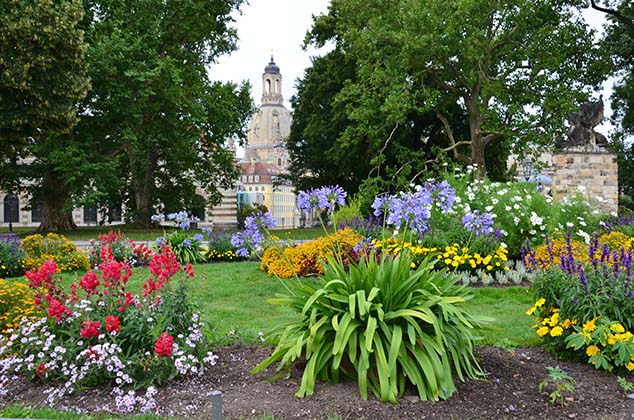 A lovely city park along the Elbe River in Dresden, Germany. 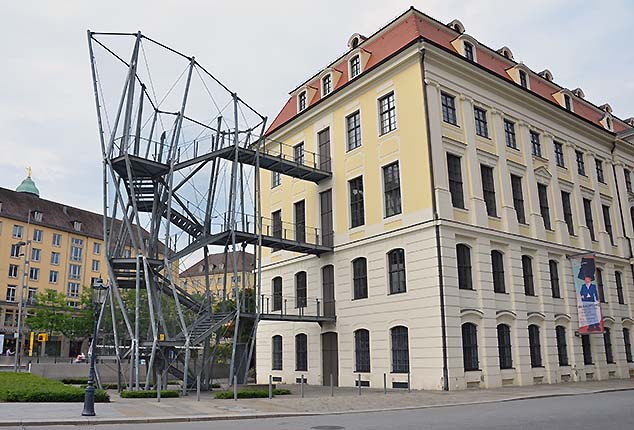 A rather unusual fire escape on a building in Dresden, Germany. This safety option (not used any longer) is built of a metal frame, with mesh covering all opens spaces so people using it would not fall through; quite innovative.