Dresden is the capital city of the Free State of Saxony in Germany. It is situated in a valley on the River Elbe, near the Czech border.

Dresden has a long history as the capital and royal residence for the Electors and Kings of Saxony, who for centuries furnished the city with cultural and artistic splendor. The city was known as the Jewel Box, because of its baroque and rococo city center.

A controversial Allied aerial bombing towards the end of World War II killed thousands of civilians and destroyed the entire city center. The impact of the bombing and 40 years of urban development during the East German communist era have considerably changed the face of the city.

Restoration work has helped to reconstruct parts of the historic inner city, and today Dresden is home to several important art collections, world-famous musical ensembles, and significant buildings from various architectural periods, many of which were rebuilt after the destruction of the Second World War.

The impressive tower of Dresden's Hofkirche. 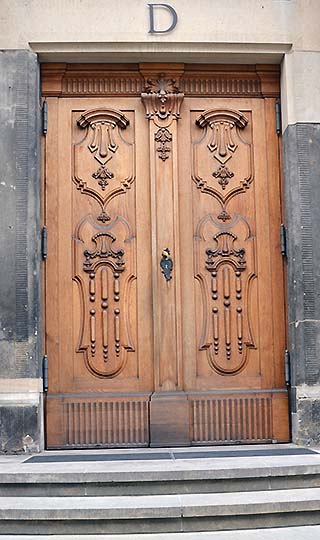 One of many classic wooden doors in Dresden, Germany. 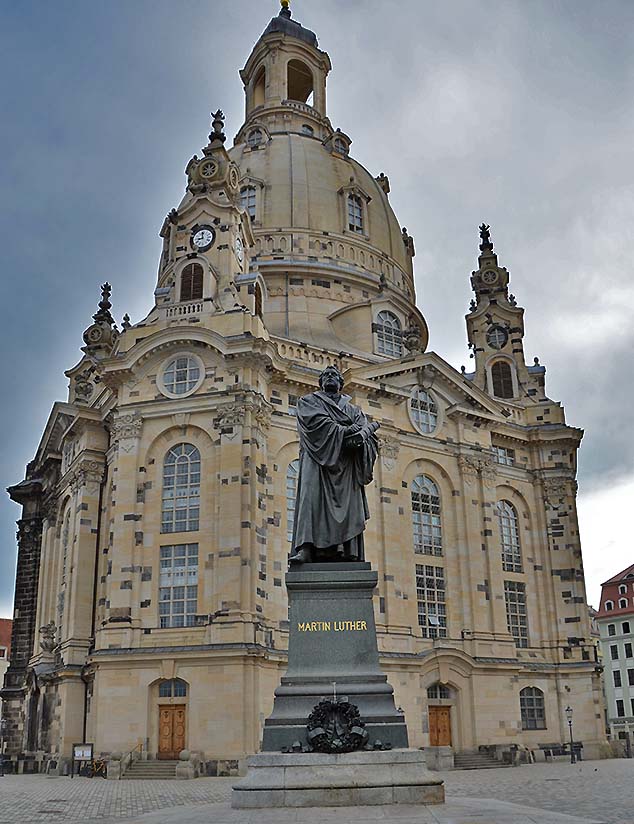 The Church of Our Lady is a Lutheran church in Dresden Germany. First built in the 18th century, the church was all but totally destroyed in the firebombing of Dresden during World War II. It was reconstructed as a landmark symbol of reconciliation between former warring enemies. The reconstruction of its exterior was completed in 2004, its interior in 2005 and, after 13 years of rebuilding, the church was reconsecrated on October 30, 2005. 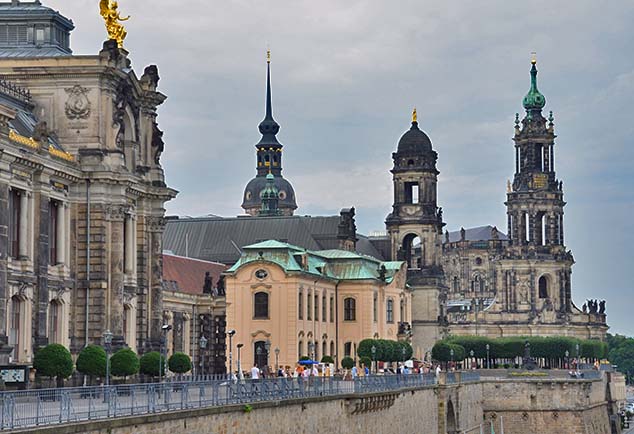 This view of Dresden on the edge of the Elbe River shows the Hofkirche (far right) a Roman Catholic Cathedral, and two remaining towers of the former Royal Palace, including the imposing Hausman tower (center left). 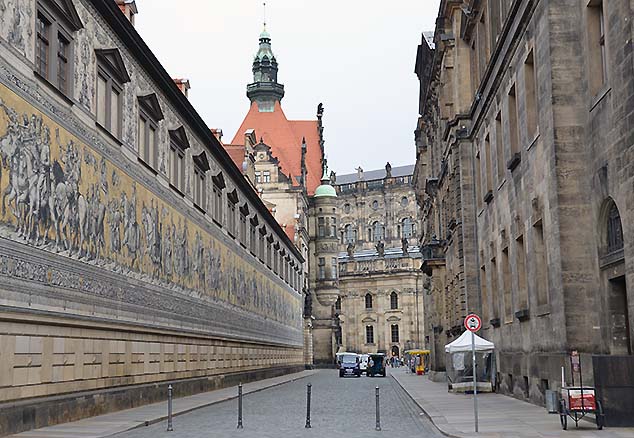 Approaching the Tower of George Gate in Old Town, Dresden, the wall to the left is covered with a monumental mosaic made of Meissen porcelain tiles showing a "Procession of the Dukes" of the House of Wettin. A closeup view of that mosaic wall is shown below. 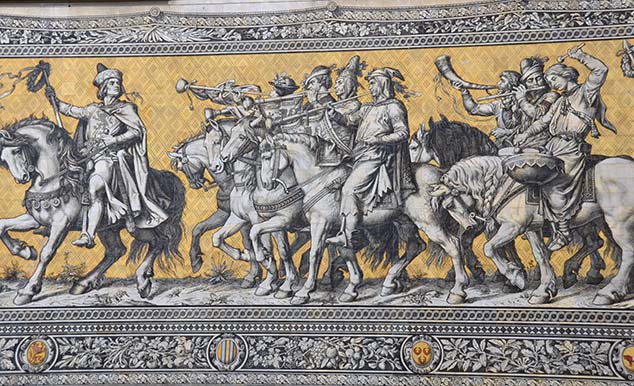 This is a small part of the 102 meter "Procession of the Dukes," covered in 1906 with 25,000 Meissen porcelain tiles. It somehow survived the bombing of Dresden during World War II 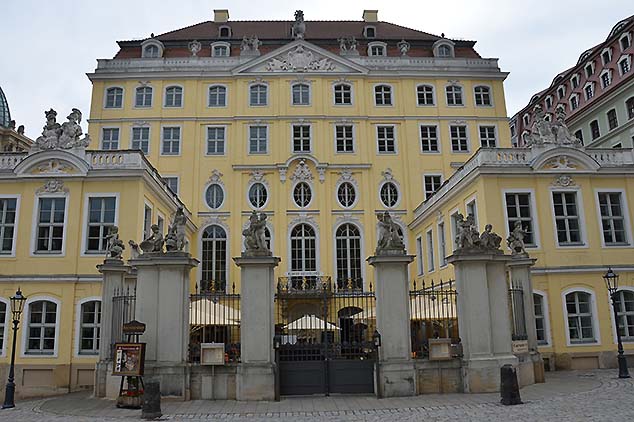 This lovely building in Dresden's Old Town is former Palace of the Countess Cosel. Count Cosel, son of Augustus the Strong, and his former mistress erected the five-story edifice in 1762. It is currently being restored to match its original designs.