Bamberg is a city in Bavaria, Germany, located in Upper Franconia on the river Regnitz very close to its confluence with the river Main. Its historic city center is a listed UNESCO world heritage site.

During its period of greatest prosperity, from the 12th century onwards, the architecture of Bamberg strongly influenced northern Germany and Hungary. In the late 18th century it was the center of the Enlightenment in southern Germany, with eminent philosophers and writers such as Hegel and Hoffmann living here

Bamberg extends over seven hills, each crowned by a beautiful church. This has led to Bamberg being called the "Franconian Rome," although a running joke among Bamberg's tour guides is to refer to Rome instead as the "Italian Bamberg" 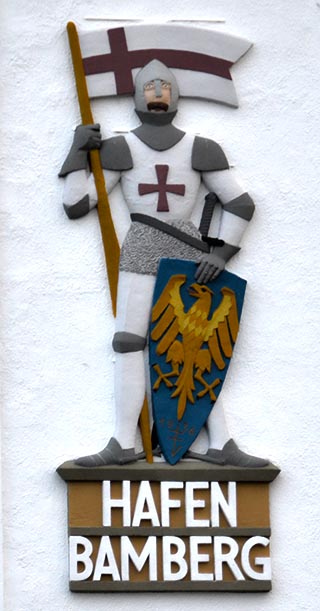 A very tall and very narrow building in Bamberg, Germany; and yes, it was leaning a bit to the left. 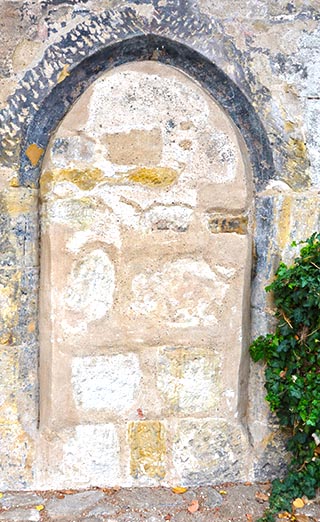 An sealed up door in the Bishop's Palace. 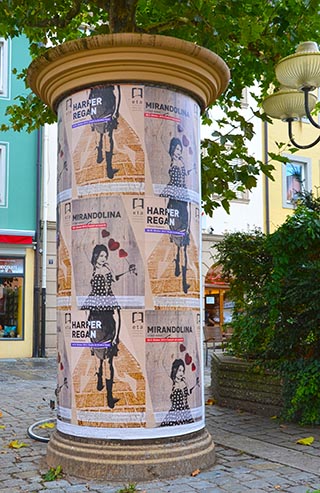 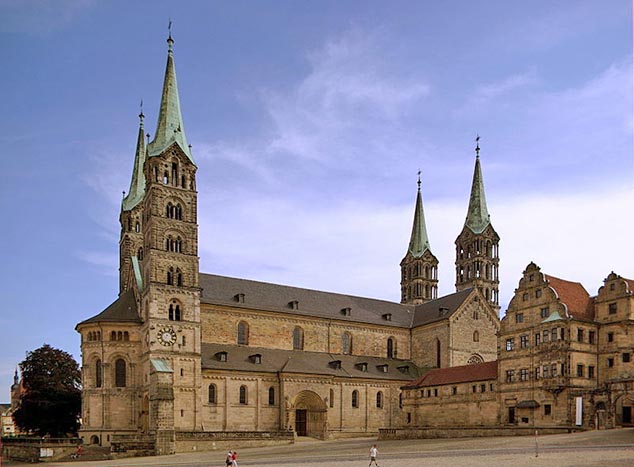 The Bamberg Cathedral is a late Romanesque building with four grand towers. It was founded in 1004 by the emperor Henry II, finished in 1012 and consecrated on May 6, 1012. It was partially destroyed by fire in 1081. The new cathedral, built by Saint Otto of Bamberg, was consecrated in 1111. 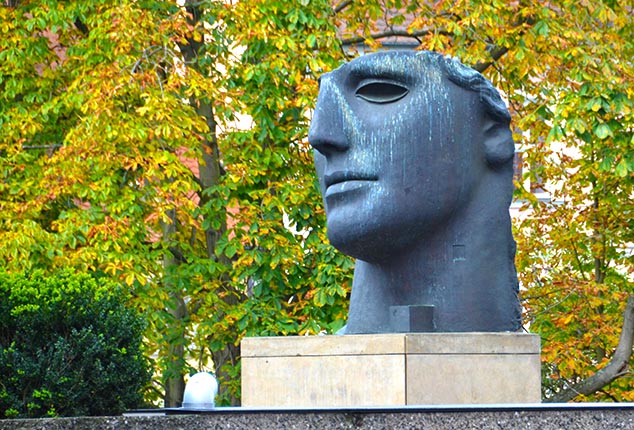 This sculptured face graced a small corner of Bamberg's Old Town; its source and meaning I could not fine. 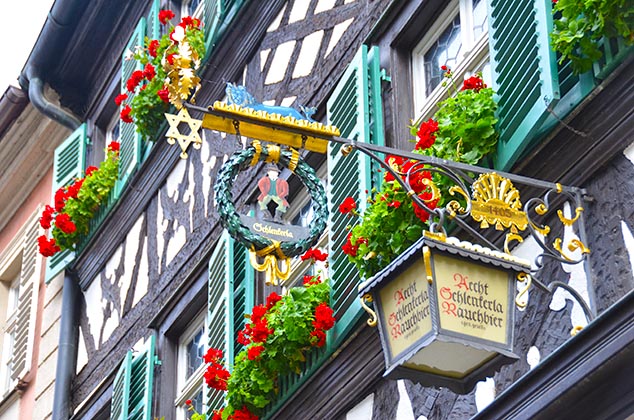 Bamberg has eight large breweries and a few smaller ones, and it likes to call itself, "Germany's Beer Capital." Across the city beer halls are easy to find and most will serve Rauchbier (smoked beer), a delicious black beer known for its distinctive smoky flavor. 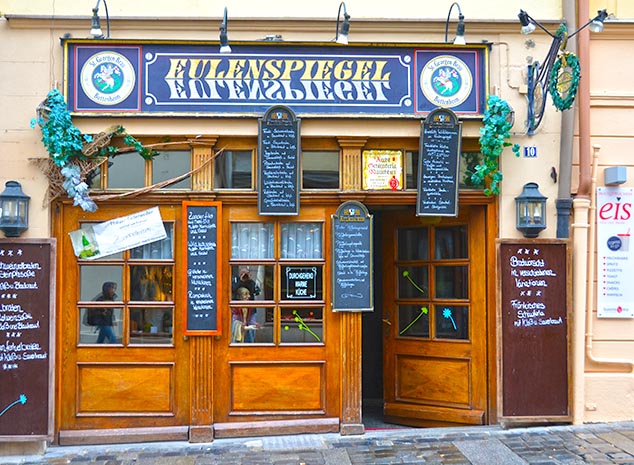 While strolling through the center of Bamberg cafes of all descriptions seemed everywhere. I especially like the little sweet shops, ones that served coffee and all the candy one could eat. 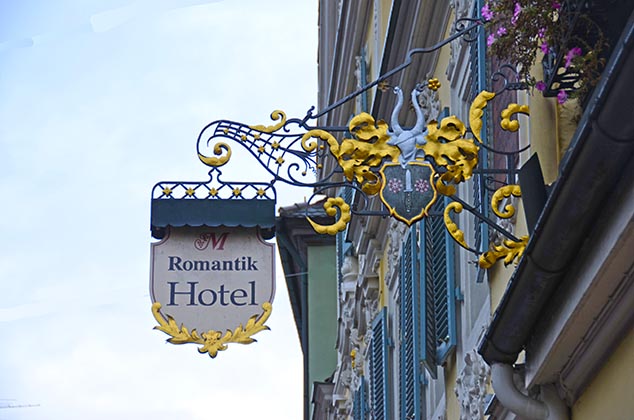 The Romantik Cafe is found within the very-famous Messerschmitt Hotel in Bamberg. 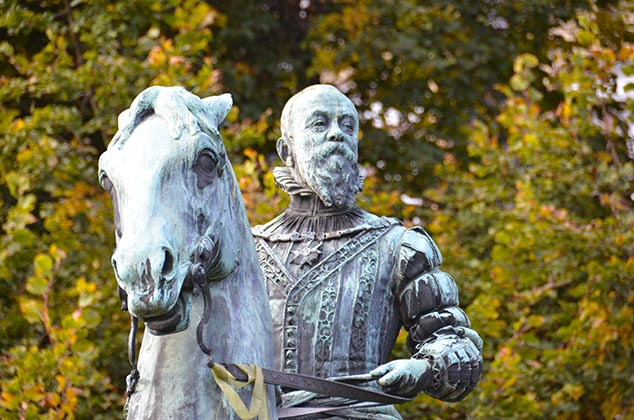 This is a statue of Leopold II in a public park in Bamberg. He was the Holy Roman Emperor and King of Hungary and Bohemia from 1790 to 1792, Archduke of Austria and Grand Duke of Tuscany from 1765 to 1790. He was a son of Emperor Francis I and his wife, Empress Maria Theresa.