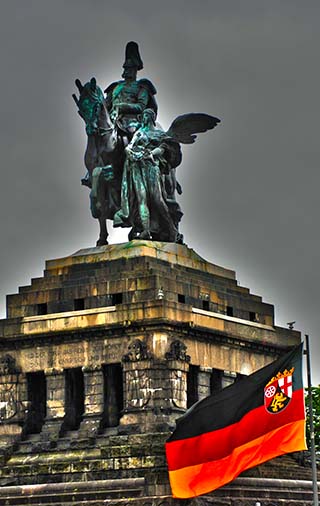 This impressive statue of Kaiser Wilhelm I stands where the Rhine and Mosel rivers meet in Koblenz, Germany. 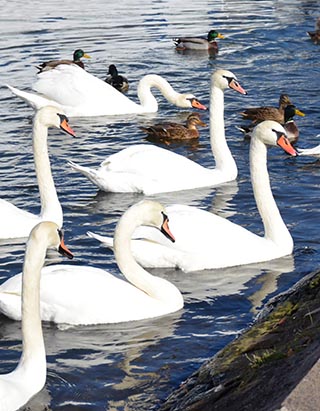 Swans on the Mozelle River, Germany. 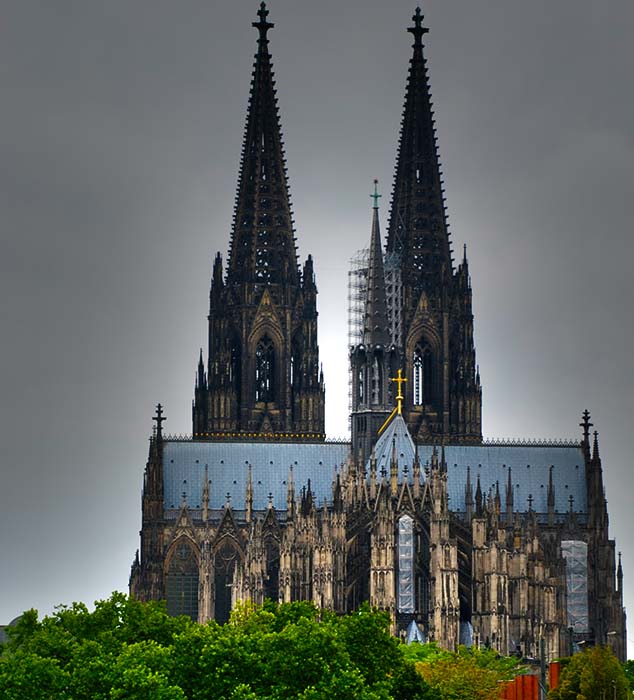 The massive Cologne Cathedral is a Roman Catholic church in Cologne, Germany. It is a stunning monument of German Catholicism and Gothic architecture and is a World Heritage Site. It is Germany's most visited landmark, attracting an average of 20,000 people a day. 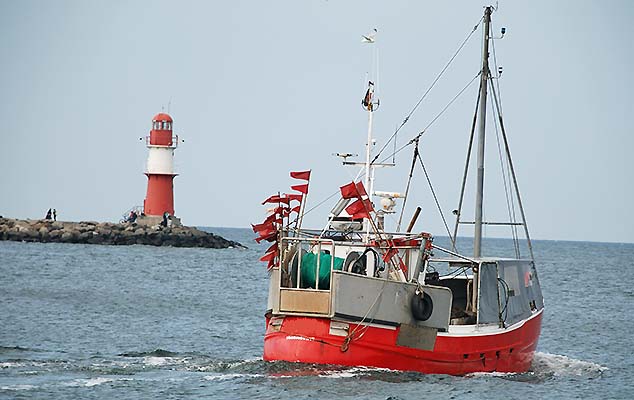 A small fishing boat in Warnemunde, Germany heads out into the Baltic Sea. 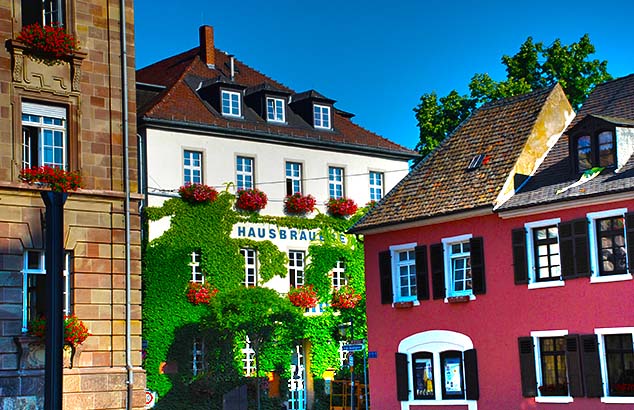 Colorful Speyer, Germany, located on the river Rhine, was founded by the Romans and is one of Germany's oldest cities. 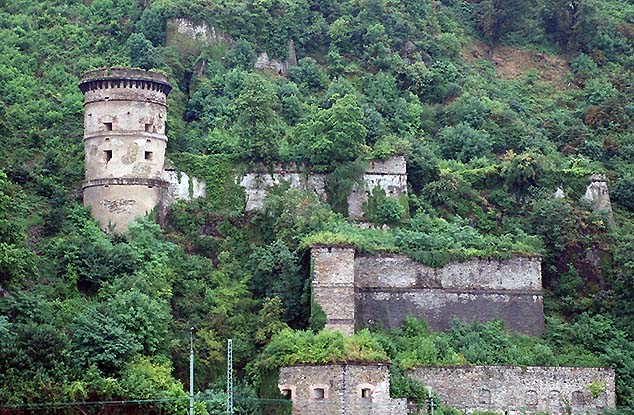 A small part of the Ehrenbreitstein Fortress as seen from Koblenz, Germany. It was built as the backbone of the regional fortification system, to guard the middle Rhine region. History reports the fortress was never attacked. 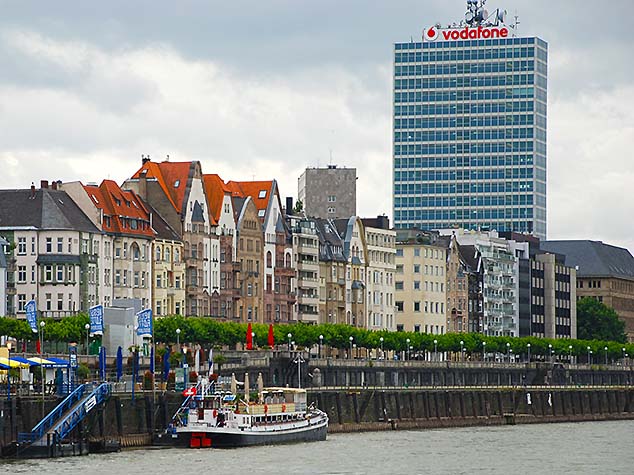 This is a small slice of Dusseldorf's waterfront, a city known as an international business and financial center, and renowned for its fashion and trade fairs. 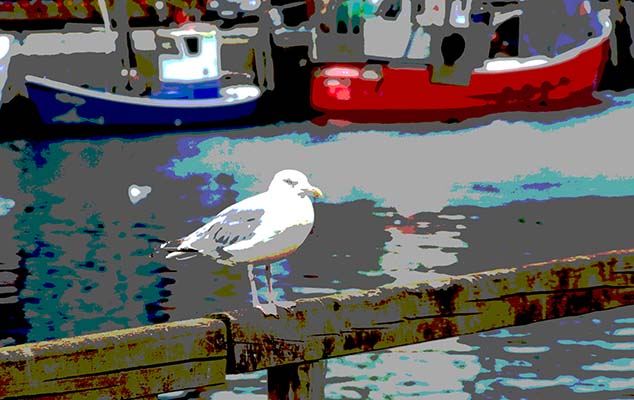 Seagull art along the Baltic Sea.