France
France is the #1 tourism destination in the world, and the most significant attraction in France, and for that matter Europe, is the unforgettable city of Paris. It exudes ambiance and style.

Additional points-of-interest in France include Saint Malo and the rugged coastline of Brittany, Corsica, Chateau De Versailles, Euro Disney Land, the stunning Loire Valley, the French Alps and Pyrenees, the Cote d'Azur and the Mediterranean cities of Cannes and Nice.

France is renowned for its architecture, art, cinema, cuisine, fashion, literature, music and wine, and for the hundreds of charming villages and towns that cover the countryside. 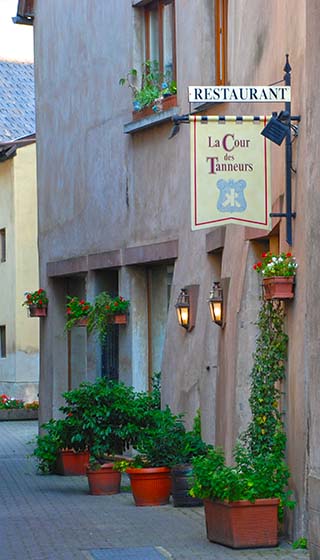 A small corner of the world in France. 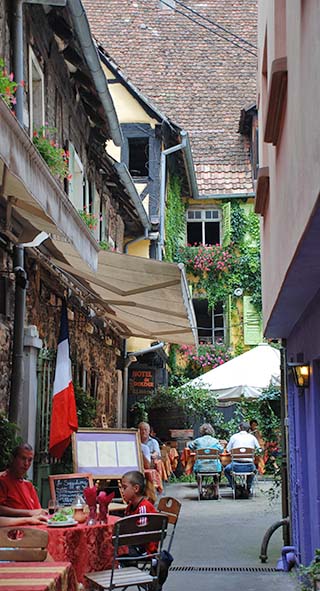 Dining outside in Strasbourg, France; priceless. 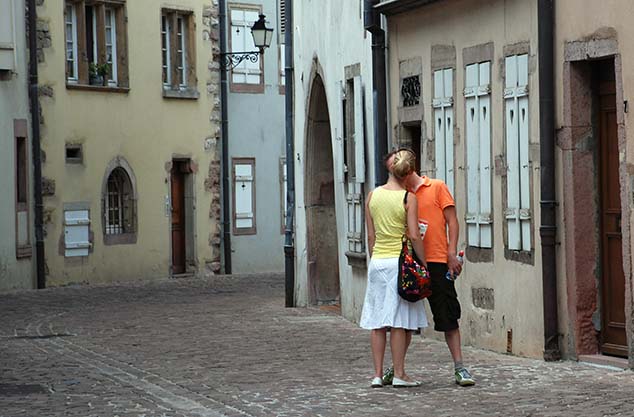 I saw this young couple having a private moment in a small little town in France and I couldn't resist the photo. 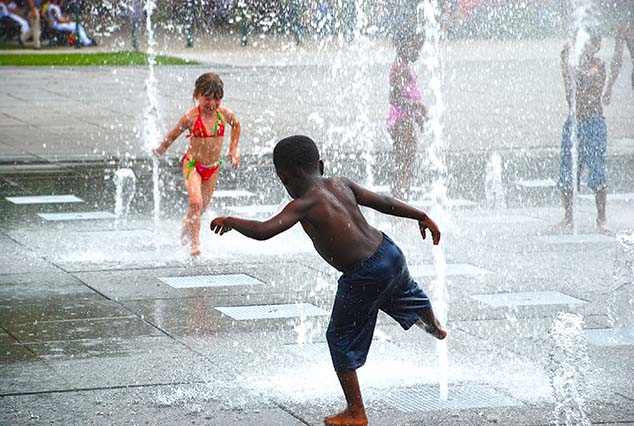 These children are playing in a pubic water park in Bordeaux, and what a carefree time they were having. 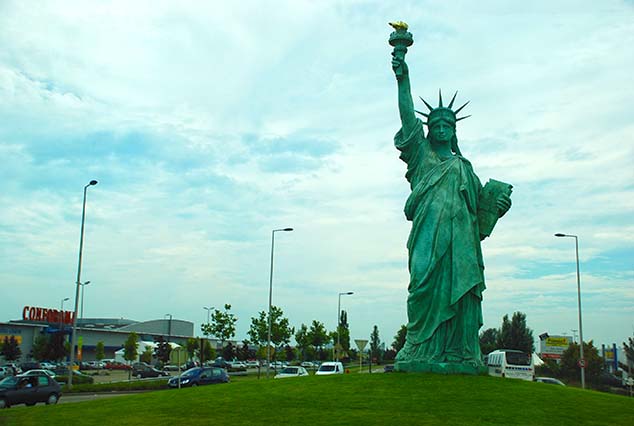 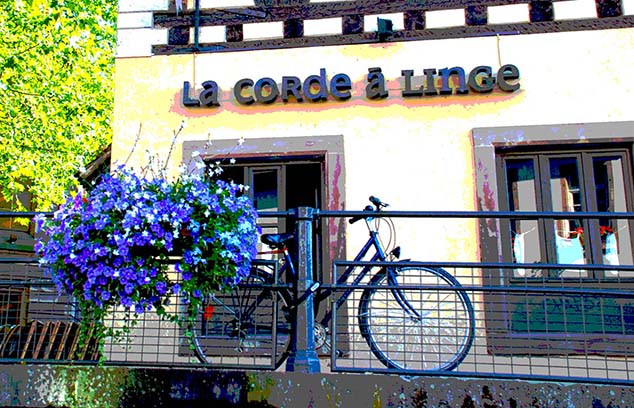 Bike usage is very common across France, and in many small towns (much like the Netherlands) they are a basic mode of transportation. 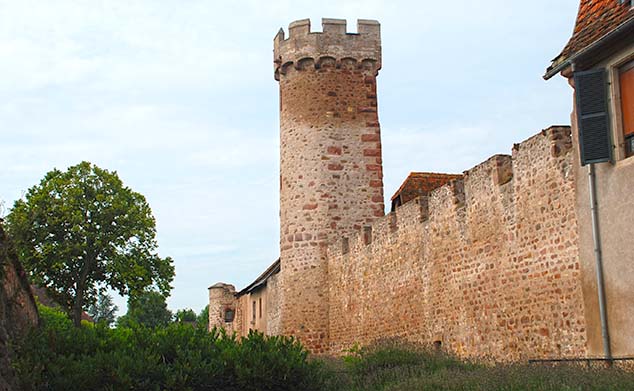 A part of the old city wall still standing in Obernai, France. 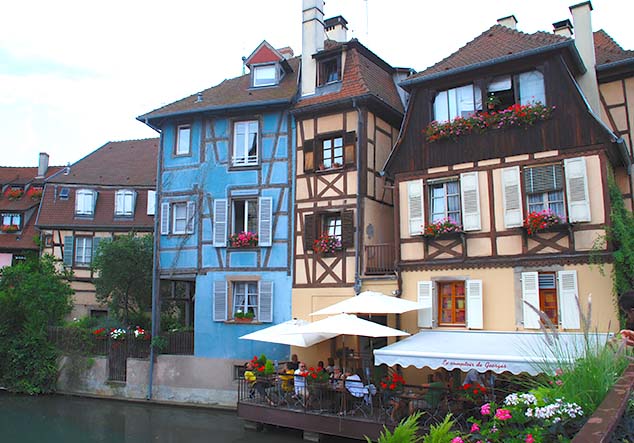 Some colorful buildings lining a canal in Riquewihr, France; for contrast the blue one is particularly striking 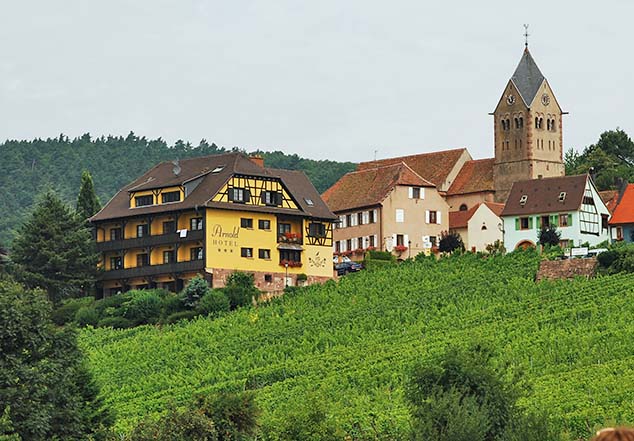