A small Viking farming community was established here centuries ago, but it didn't really start to grow until the early 1800s when Russian trade sparked the economy.

Central Tromso covers an island in the deep-water Tromsoy-sund, and today it's a thriving port that's home to the planet's northernmost university.

Bordered by mountains in all directions, the city if renowned for its Arctic Cathedral, and for the Polaria, a national center of Arctic research. 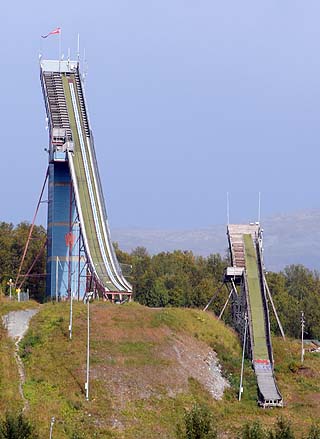 When entering Tromso's harbor it became evident that winter sports are big here as ski jumps lined the hills. 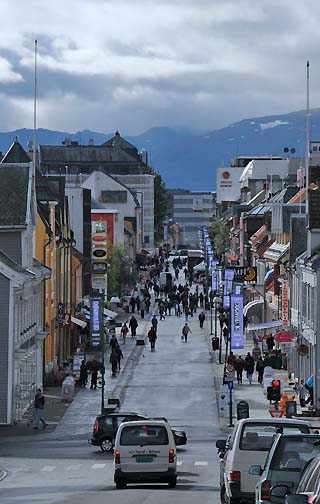 On a rather dreary and rainy day, this is a look down Storgata, Tromso's main street. 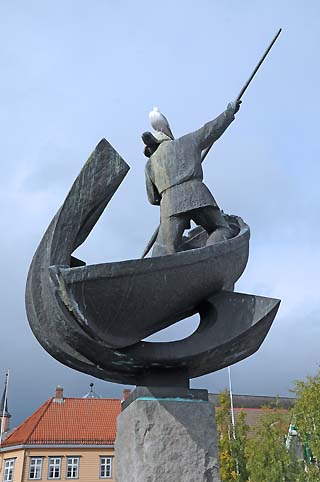 In this fishing community, statues that honor that industry are very common. 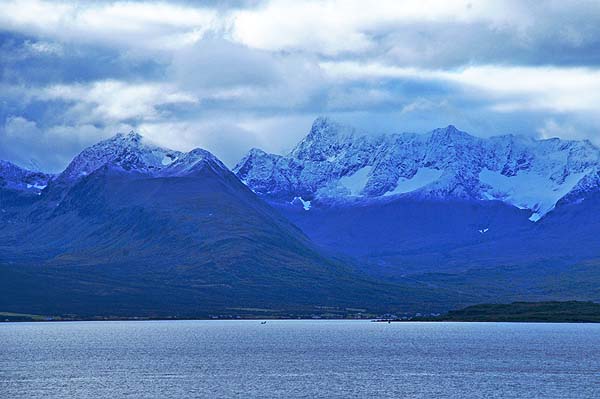 Along the coast of Norway mountains are always in sight, and this was the view as we approached Tromso. 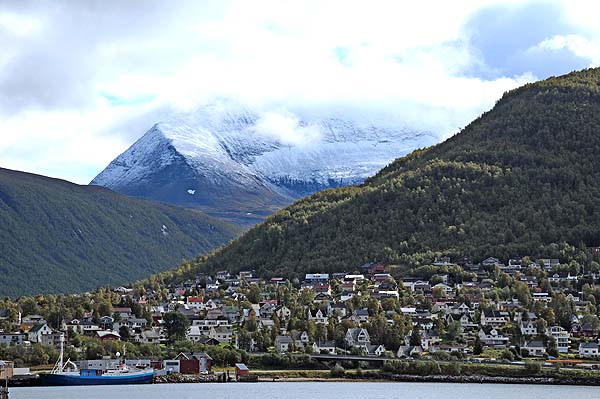 Using a 500mm lens, this is a view of the eastern side of Tromso, a neighborhood that sits at the foot of a mountain. 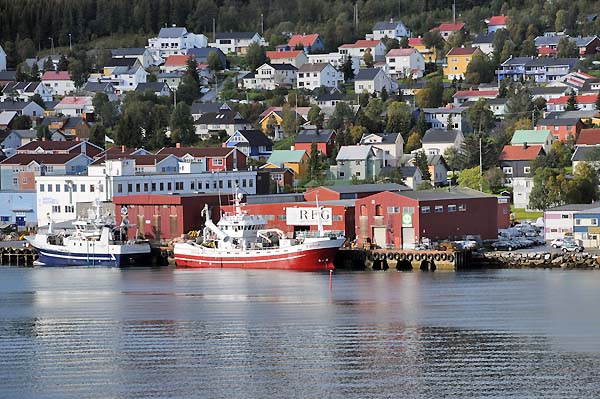 In typical Norwegian style, colorful houses in Tromso cover the hills that slope down to the sea. 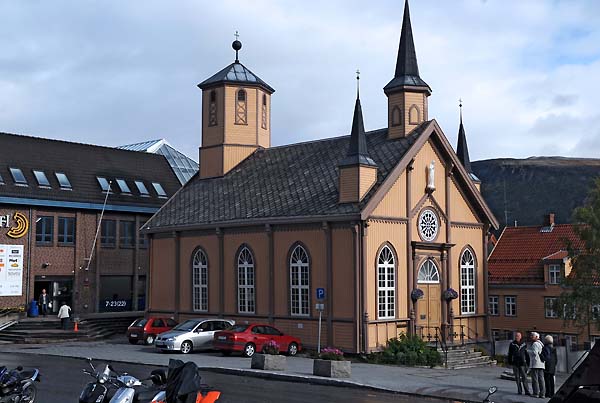 Churches in Norway (of all denominations) seem to have a unique style. This one in Tromso is no exception. 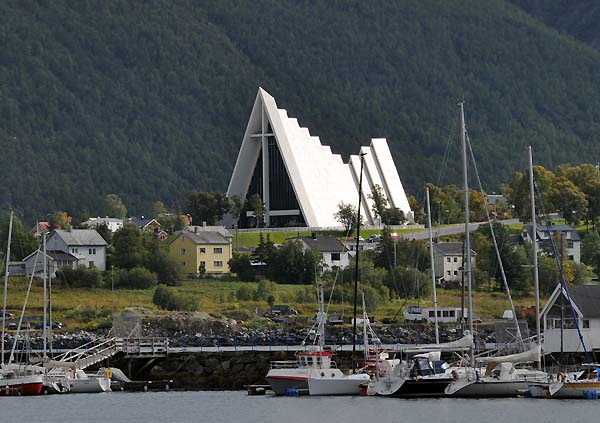 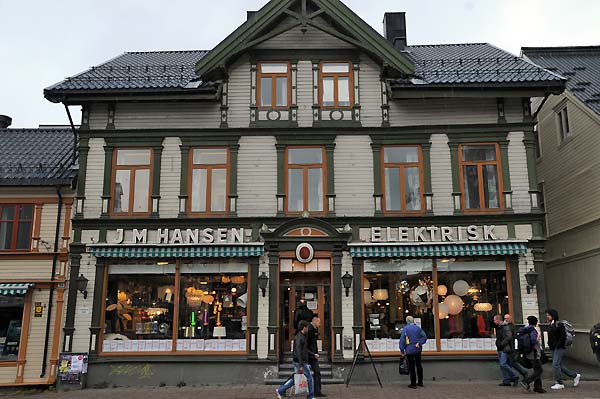 An attractive, and somewhat typical storefront along Tromso's main street.