Rotterdam, located about an hour south of Amsterdam by train, is often called the gateway to Europe. This port city is full of old-world charm, but most of all it's a wonder of modern architecture and design.

During World War II, Germany attacked the Netherlands and as part of their 'Blitzkrieg' strategy, the heart of Rotterdam was totally destroyed by an extensive bombardment. Clearing away most of the rubble took over a year, and since then, Rotterdam has gradually rebuilt itself into an impressive modern city.

The municipality is the second largest in the Netherlands, with a population of 603,425 as of March 2010. The metro population approaches 1.5 million inhabitants.

The massive port of Rotterdam is the largest in Europe, and from 1962 to 2004 it was the world's busiest port until surpassed by Shanghai, China.

Major points of interest for the traveler include the city's impressive skyline; the famous Cube Houses; dozens of exceptional museums; Blijdorp Zoo; the Euromast Tower, steamship Rotterdam (now a hotel) and the impressive Erasmus Bridge, the symbol of Rotterdam.

In addition, Rotterdam is humming with cultural activity all year round, including festivals, music concerts and sporting events. As for shopping, unlike some major cities in Europe, shops in the city center are open seven days a week.

In short, Rotterdam has it all. 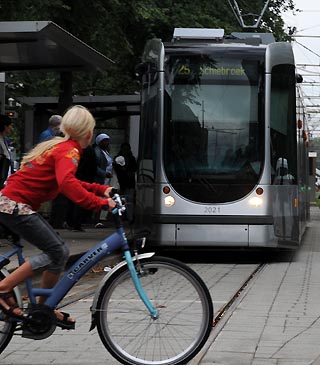 Bikes and Trams, Rotterdam (worldatlas.com photo)
Like Amsterdam, many of Rotterdam's residents depend on bike and tram transportation to get around the city. 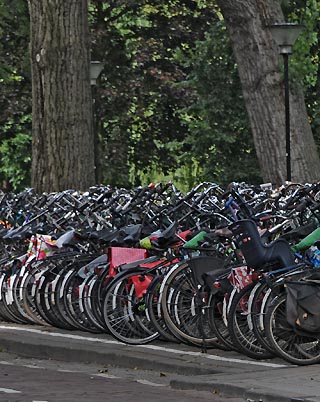 On the edge of Rotterdam Central (the city's main train station) thousands of bikes are parked for the day as their owner have taken the train to work. This is a very small section of that mass of bicycles.

Like all European cities, statues and monuments seem to dominate the landscape. I spotted this one outside of the city's modern art museum. Note the optical illusion at the top of this photo as it appears that the image slants to the right. In reality, the slanted wall behind the statue is the culprit. 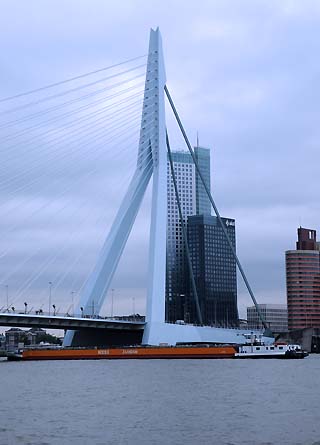 The Erasmus Bridge, the symbol of Rotterdam, is a cable stayed bridge across the New Meuse river, linking the northern and southern halves of the city. The bridge was crossed during the opening stage of the 2010 Tour de France. 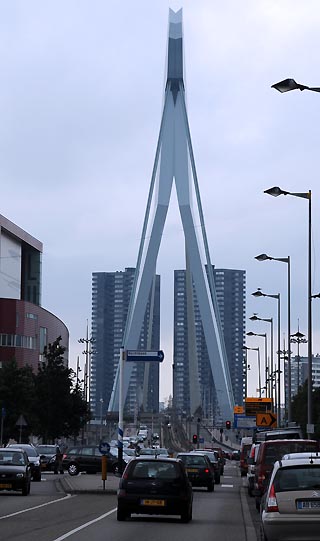 The 802 meter long Erasmus bridge has a 139 meter-high asymmetrical pylon, which earning the bridge its nickname of "The Swan." Here cars approach the bridge from the east. 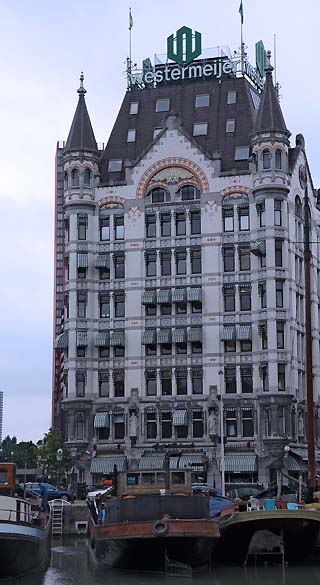 The Westermeijer Building was (according to our guide) the tallest building in all of Europe during World War I, and it provides a look at what the early architectural style of Rotterdam looked like. 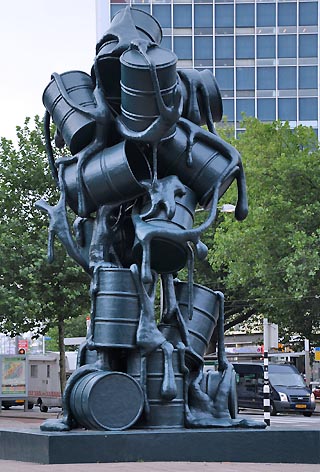 Created by Atelier Van Lieshout, this sculpture of eighteen stacked oil drums stands in the city center. It combines oil drums and human shapes, all melted together into a single shape. Somehow, it seems to fit the style of Rotterdam 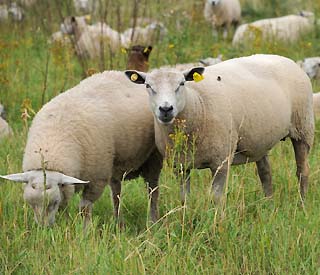 In The End (worldatlas.com photo)

Although Rotterdam is one of the most progressive and modern cities in all of Europe, this is still the Netherlands, and there's some sheep inside the city limits. And that, in the end, is what makes Rotterdam special! 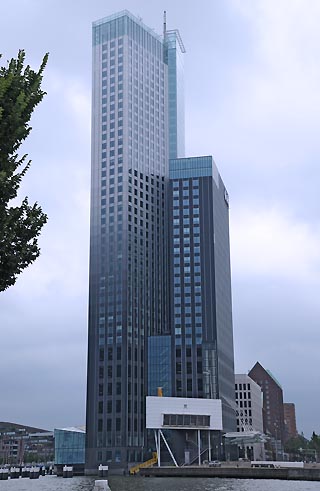 Everywhere you look in Rotterdam, modern architecture is on display. This waterfront building really got my attention. 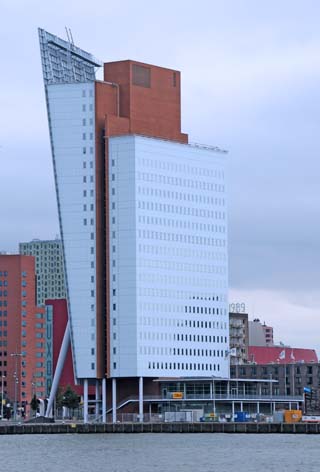 Picasso would have loved this office building, with its many cubes, twists and turns. 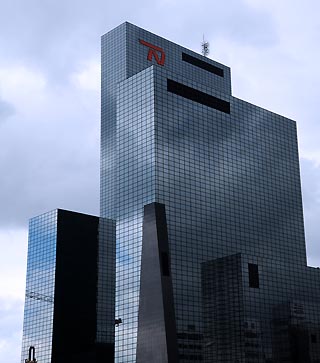 A typical group of office buildings in Rotterdam. 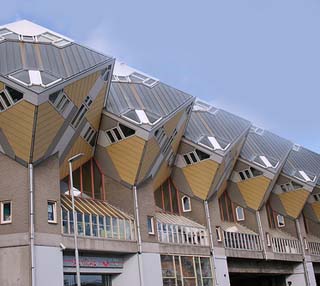 The Cube Houses are a group of innovative houses built in Rotterdam. Designed by architect Piet Blom in 1984, they stand beside the Blaak Subway Station in the city center. Blom tilted the cube of a conventional house 45 degrees, and rested it upon a hexagon-shaped pylon. There are 38 small cubes and two so called 'super-cubes', all attached to each other. 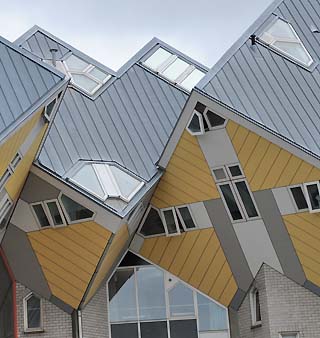 The residents were so frequently disturbed by curious passers-by, that one owner decided to open a "show cube", which is furnished as a normal house, and is making a living out of offering tours to visitors.

Each house contain three floors: ground floor entrance; first floor with living room and open kitchen; second floor with two bedrooms and bathroom and a top floor which is sometimes used as a small garden.

The walls and windows are angled at 54.7 degrees. The total area of the apartment is around 100 square meters, but around a quarter of the space is unusable because of the walls that are under the angled ceilings. 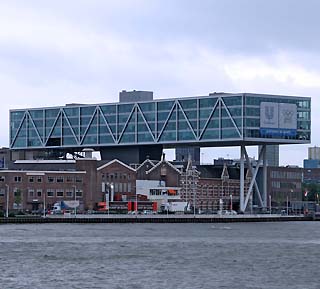 Note how this modern building was constructed above some older buildings in Rotterdam. Talk about innovation