Newcastle upon Tyne, often shortened to Newcastle, is an important city in northeast England.

Situated on the north bank of the River Tyne, the city developed in the area that was the location of the Roman settlement called Pons Aelius, although it owes its name to the castle built here in 1080, by Robert II, Duke of Normandy, thus the name, Newcastle.

Newcastle was once an important center for the wool trade and it later became a major coal mining area. It eventually became one of the world's largest shipbuilding and ship-repairing centers. Those industries have since declined, and the city today is largely a business and cultural center.

Its main icons include (delicious) Newcastle Brown Ale, the Angel of the North (Britain's largest monument), the Sage Gateshead music center, and a stunning series of bridges including the Gateshead Millennium Bridge. 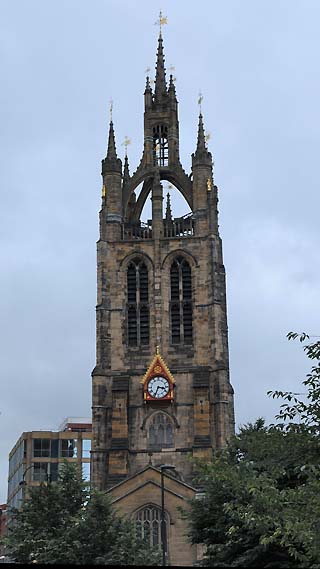 This is the St. Nicholas Cathedral in Newcastle Upon Tyne. 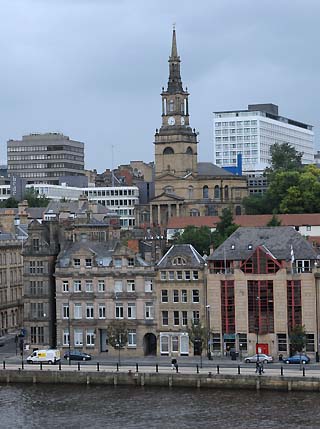 A small slice of waterfront buildings along the River Tyne. 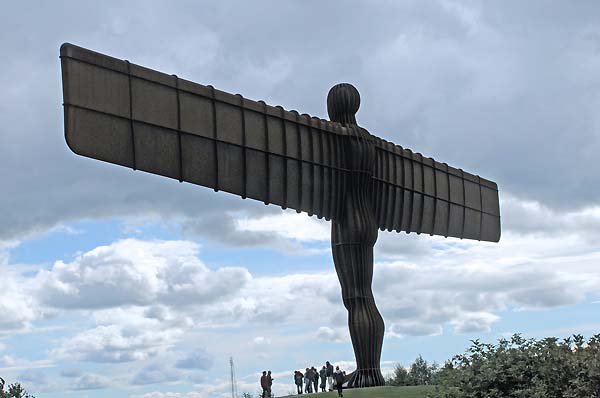 Standing on a hill on the edge of the A9 freeway in Newcastle, England, the "Angel of the North," nicknamed "Rusty Rita" by the locals is Britain's largest sculpture, and world's largest angel. It's one of the most viewed pieces of art in the world, reportedly seen by an estimated 1 person per second, 90,000 people each day, and that adds up to 33 million people each year. It's 65 feet (20 meters) tall, and has a wingspan of 175 feet (54 meters). 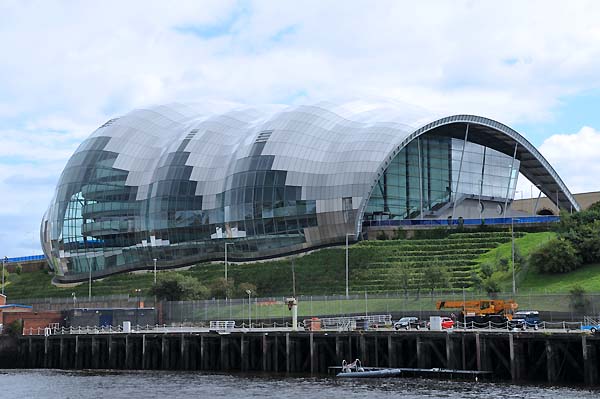 On the edge of the River Tyne in Newcastle's sister city, Gateshead, stands the Sage Gateshead, a relatively new performing arts center. The locals call it "The Slug." I call it beautiful. 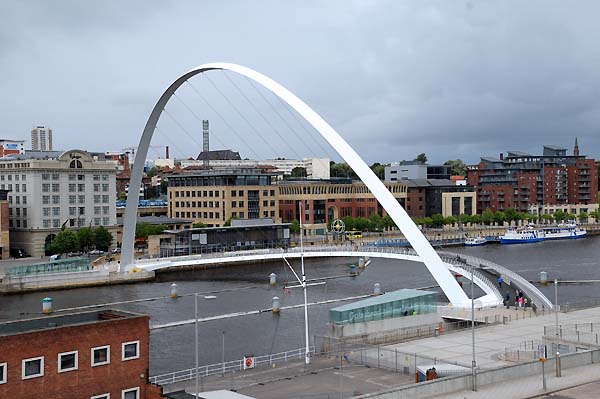 The stylish Gateshead Millennium Bridge helps move people across the River Tyne. It also swings open to allow ships of size to pass. 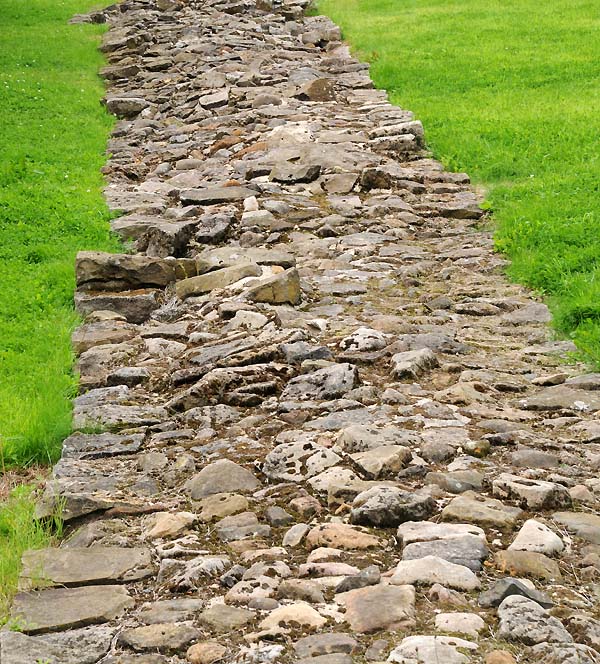 On the edge of Newcastle stand the remains of Hadrian's Wall. He was the eccentric Roman emperor determined to mark out his empire's boundaries, so in 122AD, he had a wall constructed across England. Its secondary purpose was to keep the aggressive Scottish out of his territory, and it was manned by sentries along its entire length. Even though it's nearly 2,000 years old, parts of it still remain.