It's the largest and most northerly island in the Inner Hebrides of Scotland. It's been occupied since the mesolithic period and has a colorful history including Norse rule, and a long period of domination by Clan MacLeod and Clan Donald.

The island's population is estimated at 9,200. The largest settlement is Portree, which is known for its picturesque harbor. The main industries are agriculture, fishing, tourism and whisky-distilling.

The island is renowned for its spectacular scenery, vibrant culture and heritage, and its abundant wildlife including the Atlantic Salmon, Golden Eagle and Red Deer. 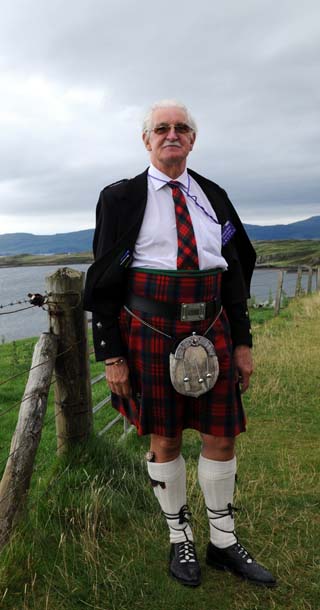 This is Mr. Alistair Dick. He was our guide around the island and his knowledge of the place was most valuable. His kilt, and accessories are pricey, and to have one custom made today would cost in excess of $2000. 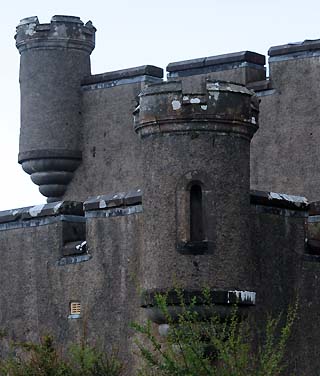 This is a small part of Dunvegan Castle. It sits in the northwestern corner of the island, and it's been the home of the MacLeod Clan Chief for nearly 800 years. This historic castle has hosted many notables, including Queen Elizabeth. The original furniture and interiors are eye-popping. 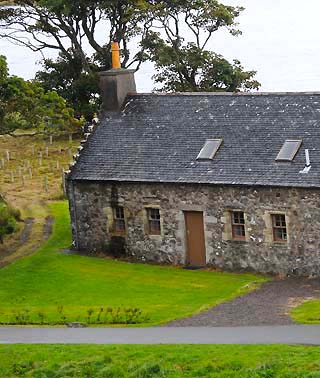 This is one of Dunvegan's cottages, or back houses. It's the typical style of buildings made of stone across the Isle of Skye. It no doubt had a thatched roof at one time. 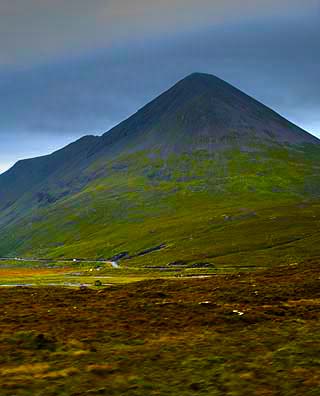 The Isle of Skye is the product of nature's fury and its mountains and rugged coastline attest to that fact. At its center are a series of relatively plain mountains, no doubt smoothed over time by the relentless wind. And speaking of winds, the day we visited it reached wind force 11, or hurricane strength. On the hill above Portree is was difficult to stand in one place. 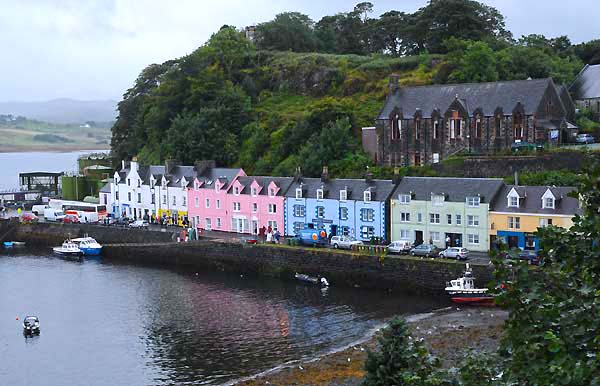 Portree is the Isle of Skye's largest town and the island's commercial center. Built on a steep slope, these building fronting the harbor are brightly colored (it is said) to counter the gray skies and rainy days. 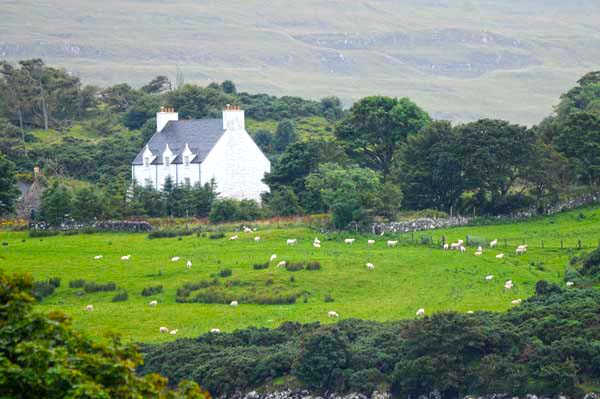 In the many green valleys on the Isle of Skye, solitary farm houses and sheep cover the land. Next to tourism, sheep wool is the major industry, and here, sheep outnumber the humans four to one. 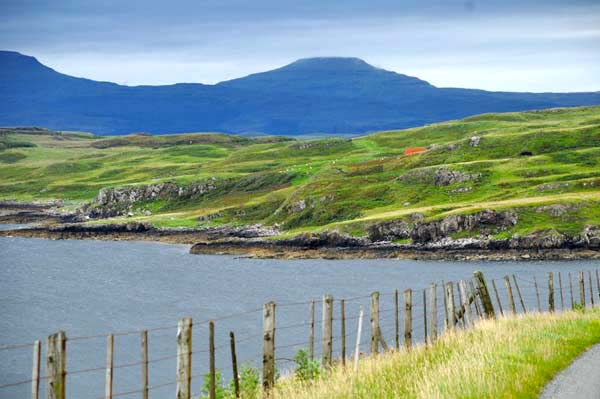 Violent geological eruptions over eons of time molded this beautiful island into what it is today, and taking a bad picture is all but impossible. 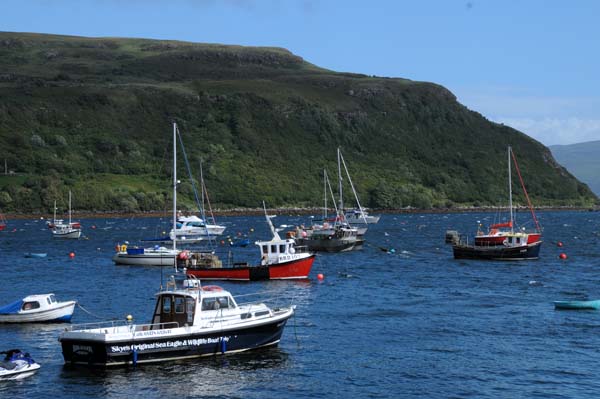 Sailboats and fishing boats cover Portree's somewhat protected harbor. It is way too shallow for large craft, and cruise ships must use tenders to bring passengers ashore. 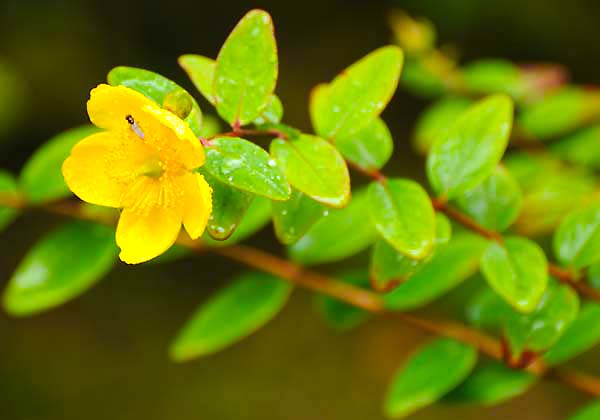 It rains here a wee bit, so flowers and plants of all description are very prolific. 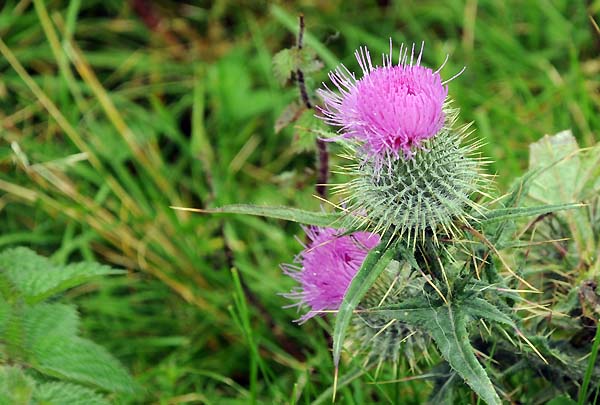 The thistle is the national flower of Scotland, and they're common across the Isle of Skye. 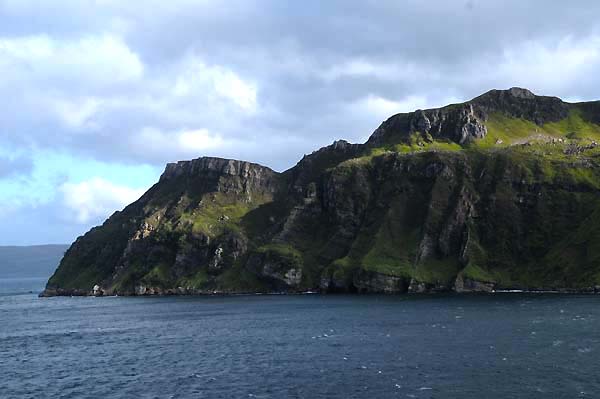 I know you can't see them from this perspective, but along the edges of this rugged cliff, sheep were busy doing what they do best. We were told that the ranchers (or farmers) just leave them alone until shearing time, so these hearty animals are very low maintenance.