Honningsvag, Norway positioned at just over 71º09 N, sits on Mageroya Island at the far-northern edge of mainland Norway.

To call it rugged would be an understatement, and yet nearly 5,000 hearty souls call this very close-knit community home.

Colorful houses line it's waterfront, and with fishing its primary industry (herring being the main catch) boats of all sizes anchor in the harbor.

The sun does not rise here from mid-November to the end of January, so when the 24 hours of sunshine season arrives (May 15 to July 30), the locals party like it's Mardi Gras. Children that grow up here just assume that the whole world is like Honningsvag, until they later discover that their hometown is rather unusual. 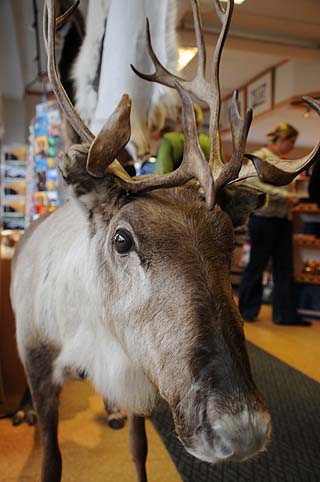 Herds of reindeer populate the island, and they seem to roam at random, even walking though town on occasion. This one was in the middle of a local shop and no one seemed to care. 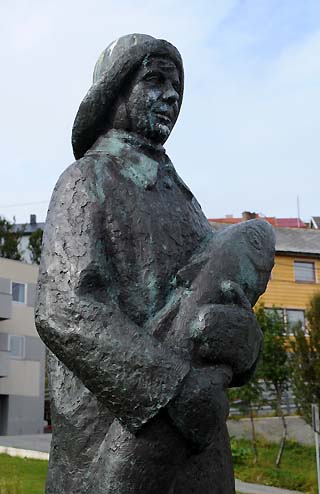 Statues honoring the fishing industry are common in Norway. 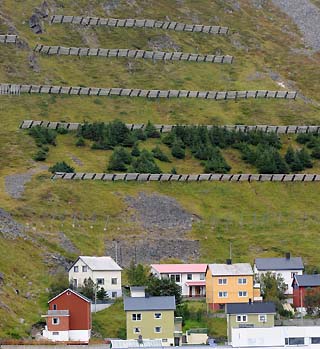 Look at this photo carefully. Note the fences above the houses on the mountain. In winter (with no daylight) residents can't see snow levels, and that snow does (on occasion) come roaring down the mountain, so these barriers provide the needed protection from potential devastation. 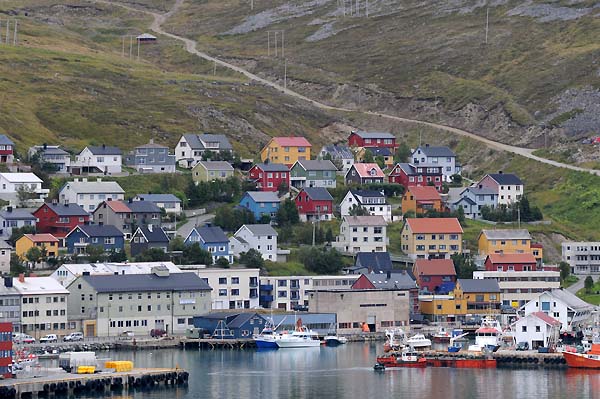 These are the typical houses that front the harbor in Honningsvag, Norway. Each and everyone of them have electric snow melting coils on their roofs as snow can be heavy here in the winter months. 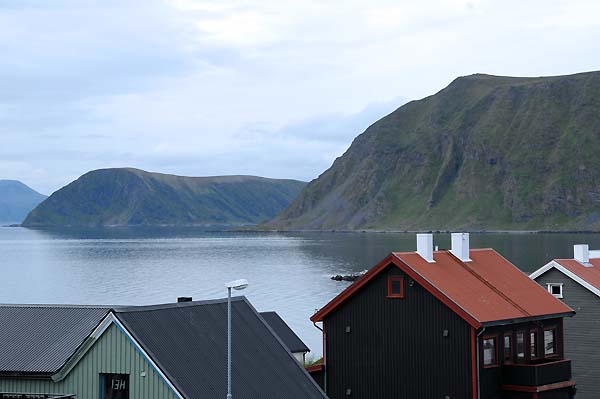 From those houses along the harbor, this is their view; Sarnesfjord is easily seen, and beyond that the cold waters of the Norwegian Sea lurk around the corner. 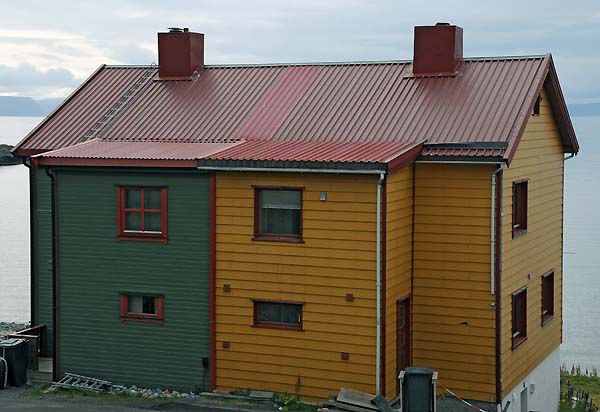 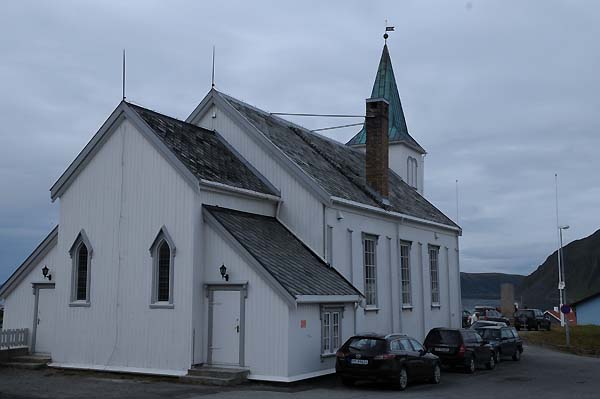 The Honningsvag Church is quite small, but inside it's inspiring with both dignity and grace. 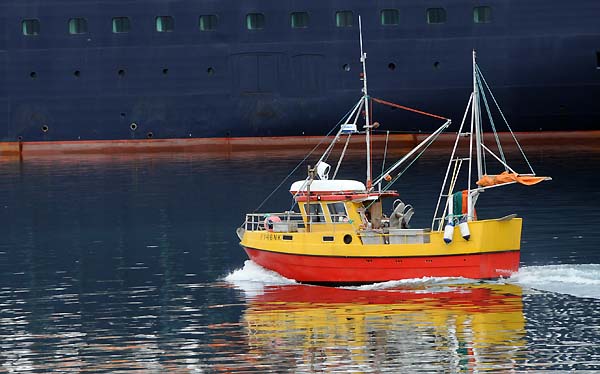 Fishing is king in Hanningsvag, and brisling (small herring) are the main catch. Oil from these three-inch-long fish is processed into spin off products such as cheese, cream and (beleive it, or not) perfume. This little boat (on its way out to sea) sails past our cruise ship, the massive MS Westerdam. 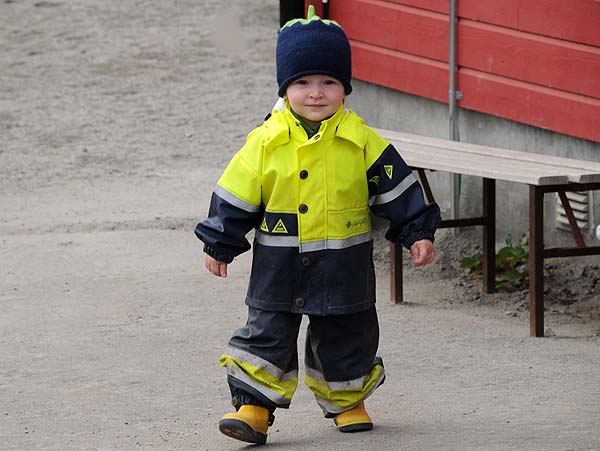 When you live in the land of ice, rain and snow, one must be prepared for rapidly changing weather. This little guy (could be a girl) was certainly ready for any weather condition. 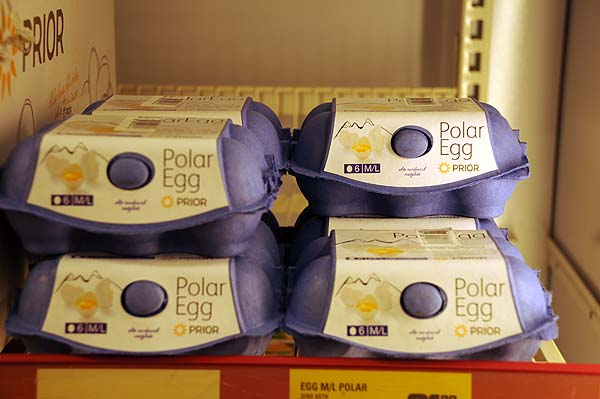 Let's talk eggs. In a local market a six-pak of eggs sold for $4.40, after converting the Norwegian krone to U.S. dollars. Think about paying over $9.00 for a dozen eggs. When they say that Norway is expensive, this example highlights that statement.