Positioned on the River Clyde in the west-central lowlands of Scotland, Glasgow is the country's largest city and third most populous in the United Kingdom.

Glasgow was known as the "Second City of the British Empire" for much of the late Victorian era and Edwardian period. Today it is one of Europe's top twenty financial centers and home to many of Scotland's leading businesses.

The city welcomes over 3 million tourists from all over the world each year, travelers drawn here by the city's fascinating history and wealth of cultural attractions.

Glaswegians are well known for their hospitality and generosity of spirit, and I can assure you that if you travel to Scotland, and Glasgow in particular, you will be received with open arms. 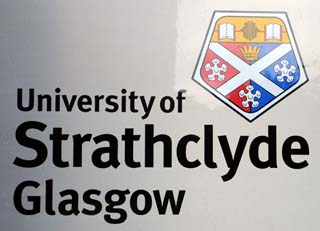 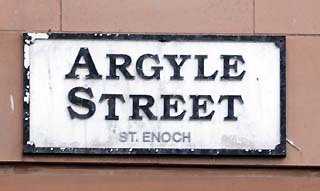 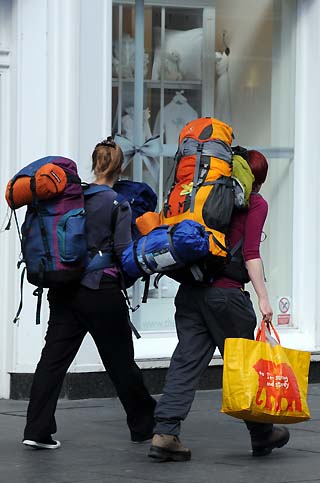 Backpackers intent on exploring the northern reaches of Scotland, often begin their journey in Glasgow.

The city is replete with churches, and this is but one. 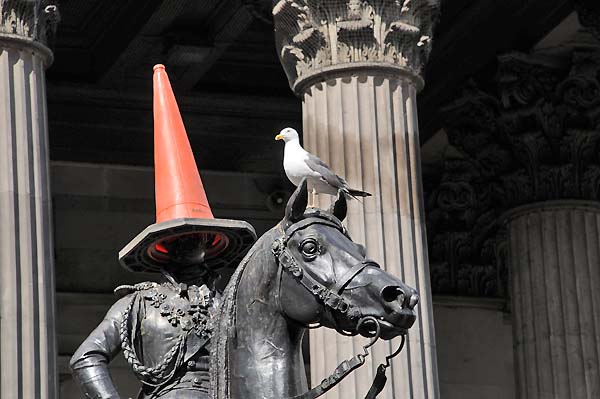 This is a statue of the British military hero and royal, the Duke of Wellington. It stands in front of Glasgow's Museum of Modern Art and for the last twenty five years (or so) an orange traffic cone has covered his head. For sure the Scottish have long-standing levels of disdain for the British and this act of public defiance is widely accepted across the city, even by local political figures. 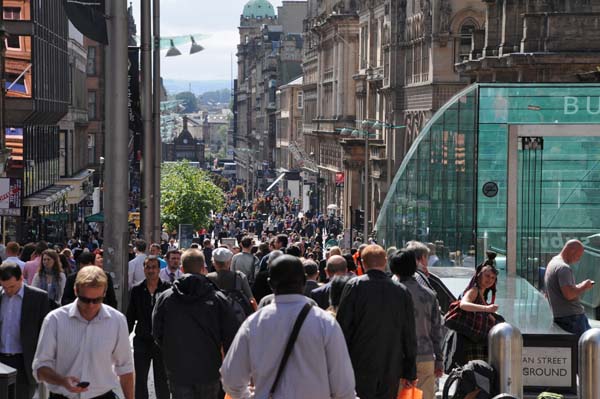 Buchanan Street is Glasgow's major shopping street. This photo taken at 1PM on a Thursday afternoon looks south along Buchanan from the Royal Concert Hall. Note how busy it is. 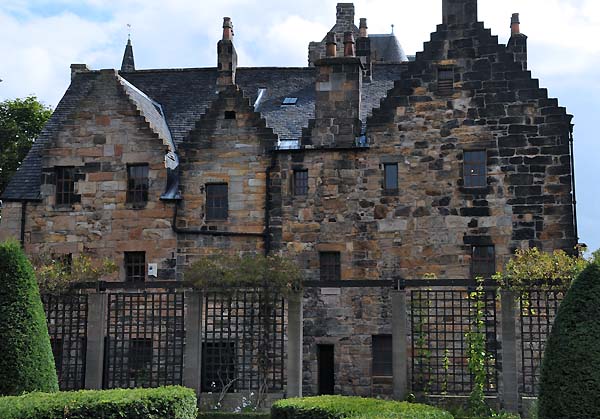 Built in 1471, Probands Lordship is Glasgow's oldest house and it's in very good condition. Even on the inside it's an impressive structure. 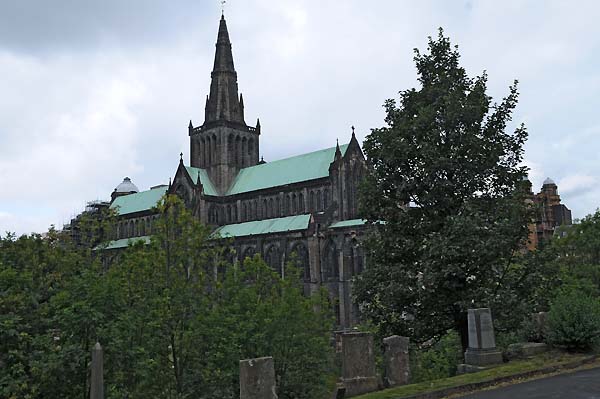 Glasgow's 15th-century Gothic Cathedral is actually the 4th church on the site, and it's as depressingly gray and lifeless on the inside as it is on the outside. St. Mungo, the patron saint of Glasgow is buried here. 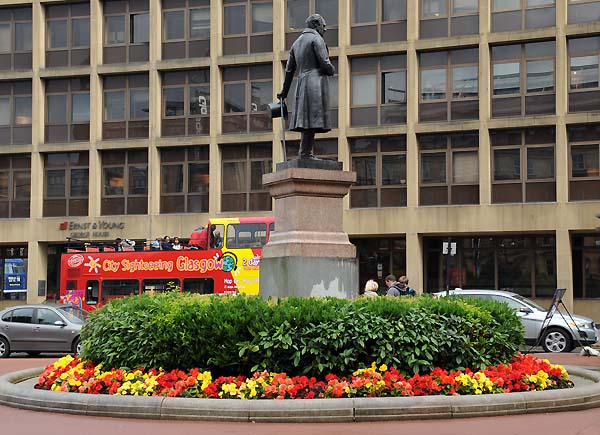 In George Square in the city center, statues abound and most are nicely landscaped with colorful flowers. This is one honoring James Oswald, a 19th century political figure. 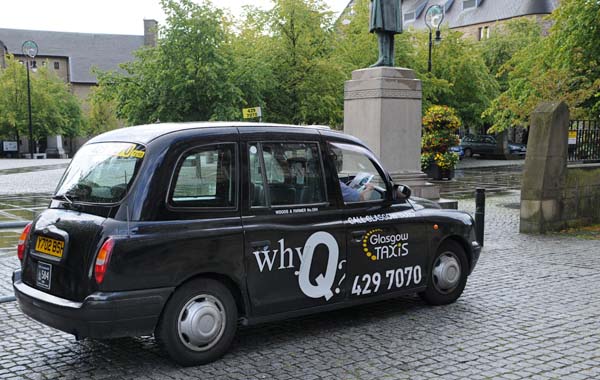 Like London, and other large cities in the UK, Glasgow taxis also have that classic European style. Most are black, but some owners go for bright red, and even yellow. I like these taxis as they're comfortable and roomy