Along the majestic Geiranger Fjord, some of Norway's most beautiful scenery comes into view. But to see those sights the weather is a determining factor, as here, heavy clouds and rain are very common.

The fjord's impressive waterfalls are the major attractions. Bridal Veil Falls and the Seven Sisters Falls are the landmarks not to be missed.

A few miles inland over steep and winding mountain roads, the Briksdal Glacier is reachable. Nearby is a glacier lake and the Fjord Adventure Cent 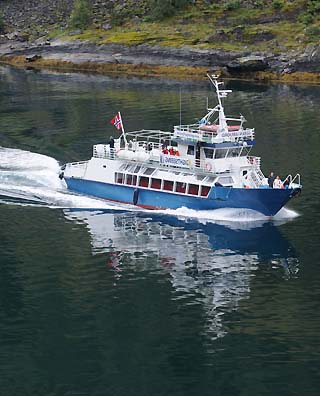 This is a sightseeing boat operated out of Geiranger. 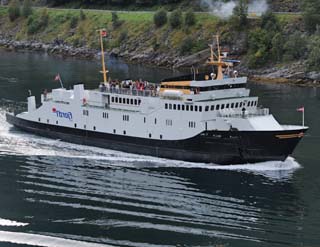 To get where they want to go in this dramatic landscape, many locals and visitors alike use the fjord ferries. 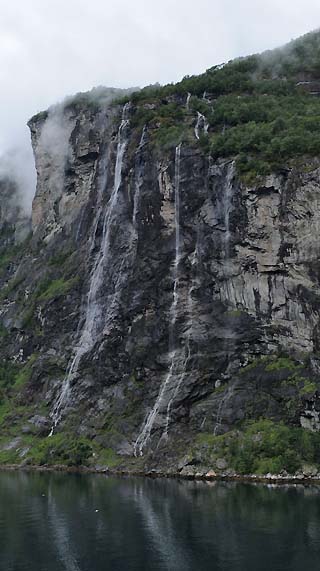 If you look closely at this cliff you will note that on its surface a handful of individual waterfalls cascade down to the fjord below. The sound of those waterfalls was wonderful. 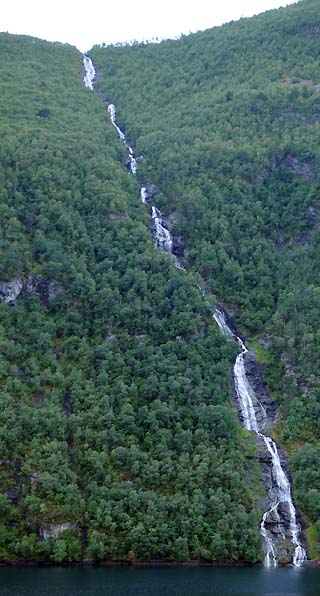 One of many meandering waterfall in the Geiranger Fjord. 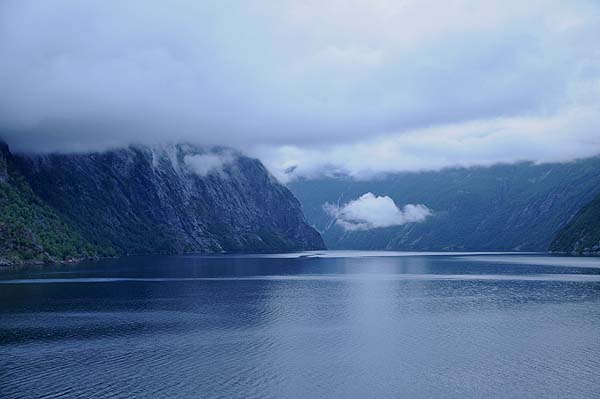 As we headed east down the fjord toward the tiny village of Geiranger, this is the view at 6:30 AM. Most of the rugged cliffs ahead are still covered by morning mist and clouds. 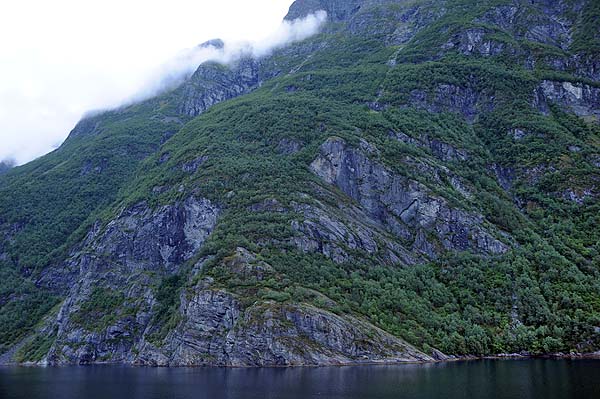 Further along our route the sky began to brighten and the beauty of this fjord became obvious. 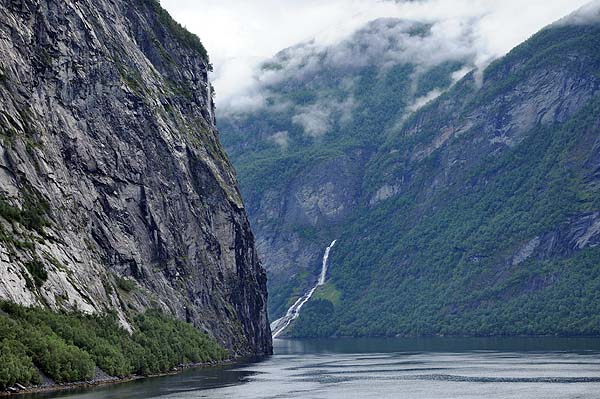 The bordering cliffs rose to heights of over 3,500 ft, and soon waterfalls of all sizes came into view. 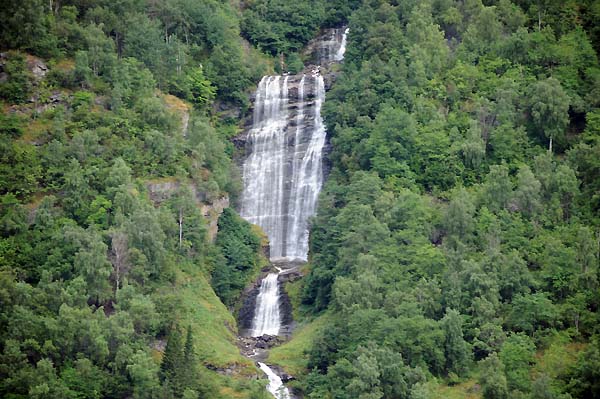 One of Norway's most majestic sights (and most photographed) was just around the bend but it turned out to be a bit disappointing. The waters of the Seven Sisters Waterfall (in normal times) literally pour down from above and the roar can be deafening. However, due to an early season snow melt, the guide said it was flowing at about 25%. The photo above is a small section of the falls that flowed down a cliff of about 2,500 feet to the fjord below. 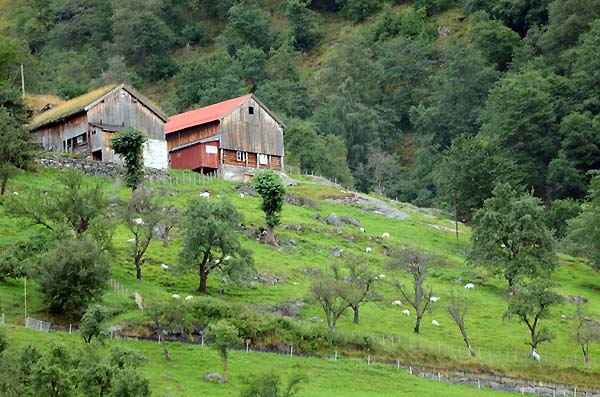 On both sides of the fjord there were isolated farms at very high elevations. Many are accessible only by boat, and this one as you can see had quite a herd of sheep. Note the thatched roof. 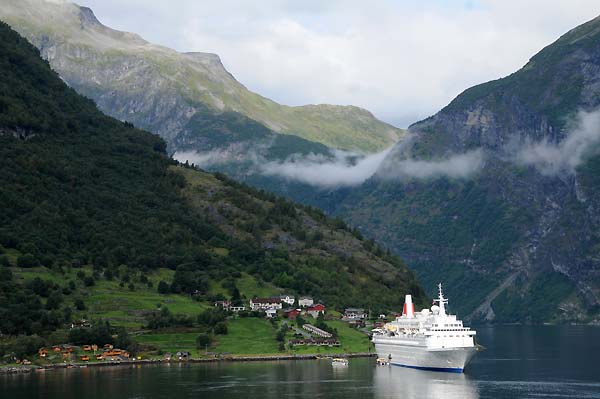 Within the fjord I took over 200 pictures, but this one I think captures its stunning beauty best. The Fred Olsen cruise ship, the Boudicca, sits in the fjord just offshore from a small Norwegian village, and the towering spectacle of this magical place forms the perfect background.