Edinburgh, Scotland's capital city, is the second largest city in Scotland after Glasgow and the seventh-most populous city in the United Kingdom.

Because to its spectacular, rugged setting and vast collection of Medieval and Georgian architecture, including numerous stone tenements, it is often considered one of the most picturesque cities in Europe.

Edinburgh is well-known for the annual Edinburgh Festival, a collection of official and independent festivals held annually over about four weeks, beginning in early August. 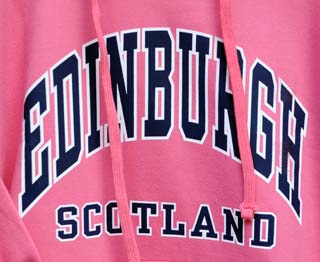 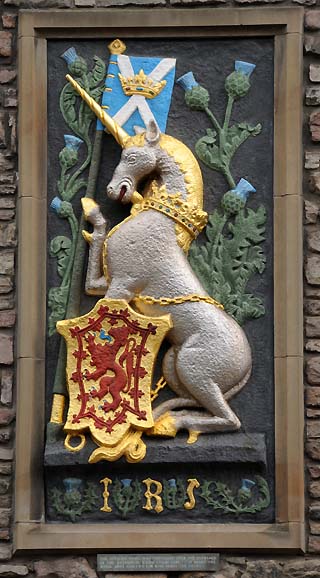 This is the ensignia of James I, an English King. He was reportedly one of the first royal residents of Holyrood House Castle. To me, it seems like it would be a great symbol for America's taxing authority, the IRS. 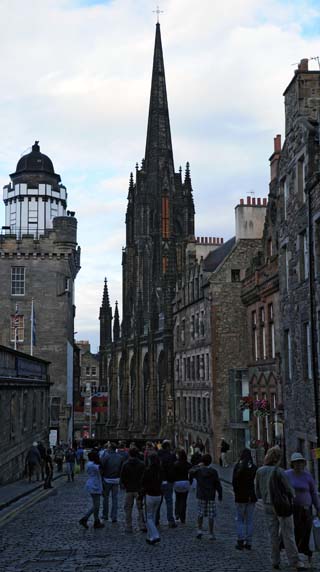 This is the massive spire of St. Giles Cathedral. It stands just east of Edinburgh Castle on the Royal Mile. 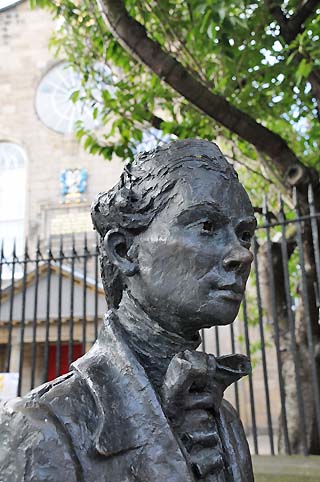 An impressive (unidentified) statue on the Royal Mile. 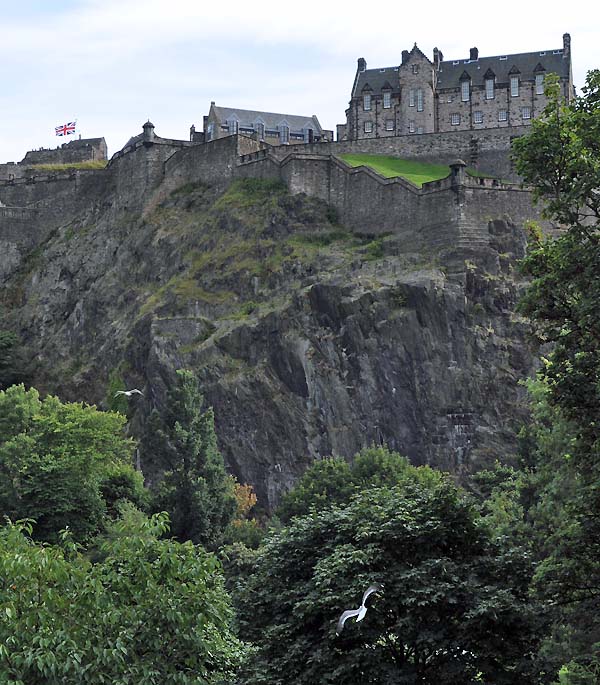 Edinburgh Castle is a castle fortress which dominates the skyline of the city of Edinburgh, Scotland, from its position atop the volcanic Castle Rock.

Human habitation of the site is dated back as far as the 9th century BC, although the nature of early settlement is unclear. There has been a royal castle here since at least the reign of David I in the 12th century, and the site continued to be a royal residence until the Union of the Crowns in 1603. 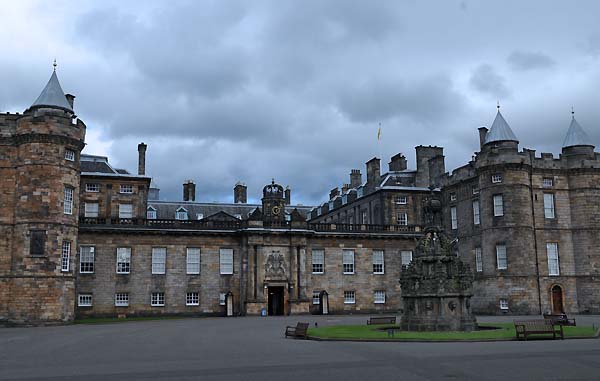 The Palace of Holyroodhouse, commonly referred to as Holyrood Palace, is the official residence of the monarch in Scotland. The palace stands at the bottom of the Royal Mile in Edinburgh, at the opposite end to Edinburgh Castle. Holyrood Palace is the setting for state ceremonies and official entertaining.

Holyrood Abbey was founded by David I, King of Scots in 1128, and Holyrood Palace has served as the principal residence of the Kings and Queens of Scots since the 15th century. Queen Elizabeth II spends one week in residence at Holyrood Palace at the beginning of each summer, where she carries out a range of official engagements and ceremonies. It's open to the public throughout the year, except when members of the Royal Family are in residence. 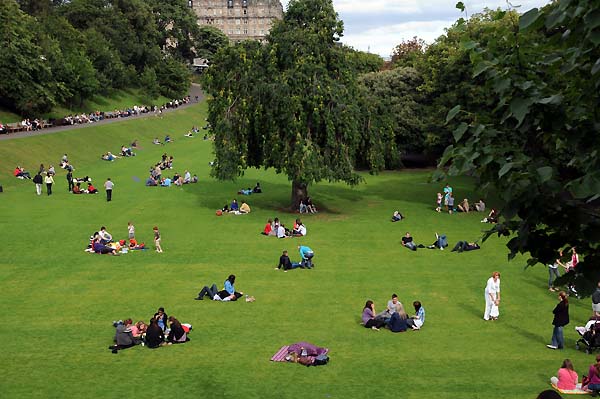 This is a small slice of Princess Street Garden on a pleasant Saturday afternoon in Edinburgh. In this city beautiful (and clean) gardens and parks are a way of life. 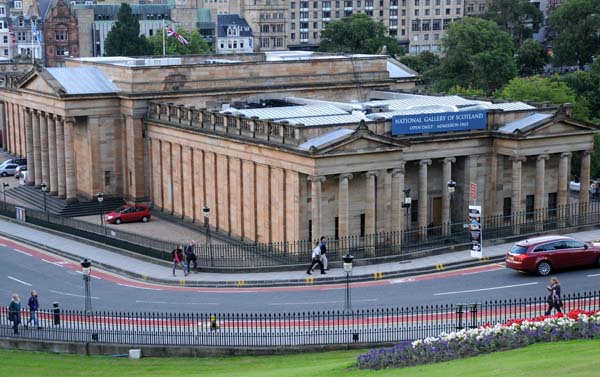 Scotland's National Gallery of Art contains one of Britain's finest collection of art, including numerous works by Degas, Rembrandt, Van Gogh and Velazquez. 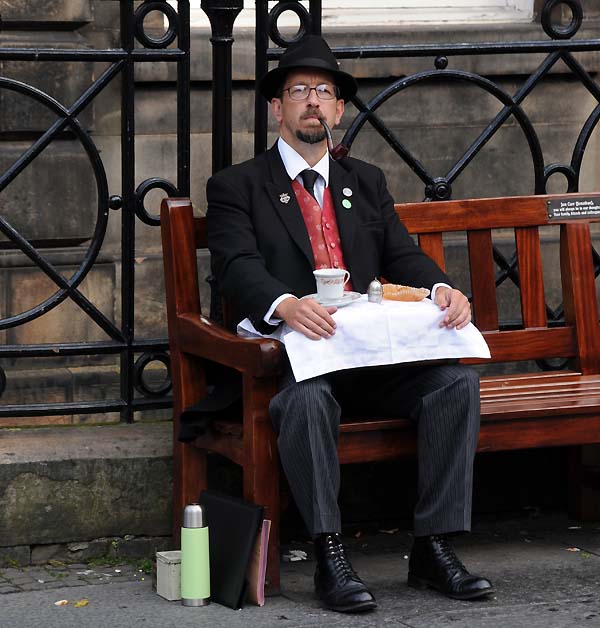 A well-appointed Scottish gentleman having a proper lunch on the Royal Mile, Edinburgh, Scotland. 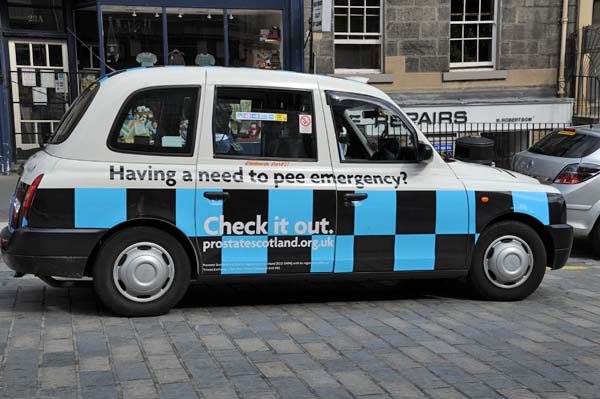 I couldn't resist adding this photo of an Edinburgh taxi, one with a most unusual public message.