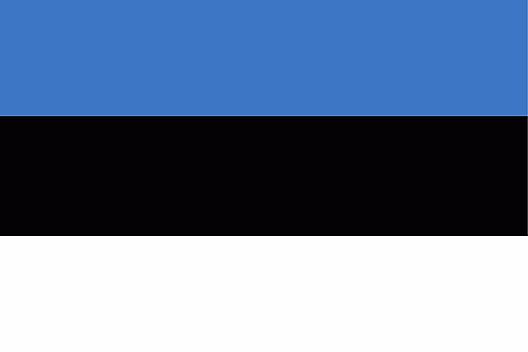 In June of 1940, the Soviet Union invaded with an overpowering force of nearly 100,000 troops. Making a quick, expedient decision in an effort to save lives, the Estonian government surrendered a few days later.

On June 22, 1941, the German's ill-fated plan to invade the Soviet Union began. Nearly 35,000 young Estonian men were forcibly drafted into the Soviet Red Army and less than 10,000 of them survived the war.

A month later, the German Army entered Estonia, and by August of 1941 their troops had overrun most of the country and captured the capital city of Tallinn. Shortly thereafter the Soviets were driven out and the Germans could now use Estonia's resources for their war effort across Europe.

In 1944, because of the efforts of the Americans, British and other allied forces, it became clear that Nazi Germany could not win their war in Europe - an effort that would soon be soundly defeated.

This was little solace in Estonia as deaths in World War II reached to over 25% of its population, and to make maters worse, Soviet forces reconquered the country in late 1944.

Knowing that a Russian occupation would again be a military and social disaster for the country, thousands of Estonians moved south, or north into Finland and Sweden.

During the first year of occupation the brutal Red Army forcibly deported tens of thousands of Estonians to labor camps, and at the end of World War II, that misery continued until Joseph Stalin's death in 1953.

War statistics show that more than half of the deported Estonians perished; anger and discontent were now boiling over and a small guerrilla war was waged against the Soviets into the early 1950s.

Estonia was a military coup for Russia as it permitted quick access to the Atlantic Ocean through the Baltic Sea. In that regard the Soviet Baltic Fleet's submarines and several large military bases were positioned along Estonia's coastline.

Immigration was another side-effect of the Soviet occupation of Estonia as literally hundreds of thousands of migrants were relocated here from Russia to assist in the strategic military occupation and the needed support industries. 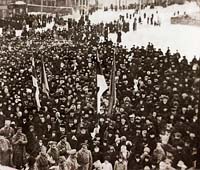 Estonia's return to independence became possible in the late 1980s as the Soviet Union was facing severe internal challenges, and when it totally collapsed in 1991, Estonia (once again) gained its long-awaited independence.

In very short order this somewhat new country of Estonia began forging modern relationships with the west. It was part of a group of ten countries that were incorporated into the European Union (EU) on May 1, 2004. On January 1, 2011, it adopted the euro and became the 17th eurozone member state.

The local economy still revolves around varied agricultural industries, but it also benefits from strong electronics and telecommunications sectors. Over the last decade tourism has increased as it's become a popular cruise ship destination because of the medieval architecture and fascinating history of the charming capital city of Tallinn.