Copenhagen is the capital of Denmark, its largest city, as well as its cultural, economic and governmental center, and one of my favorite European cities.

Since the completion of the transnational Oresund Bridge in 2000, Copenhagen has become increasingly integrated together with the Swedish city of Malmo, growing into a combined metropolitan area, known as the Oresund Region.

A number of bridges and tunnels connect the parts of the city together, and the cityscape is characterized by promenades and waterfronts. Among the major tourist attractions are Tivoli Gardens and The Little Mermaid. 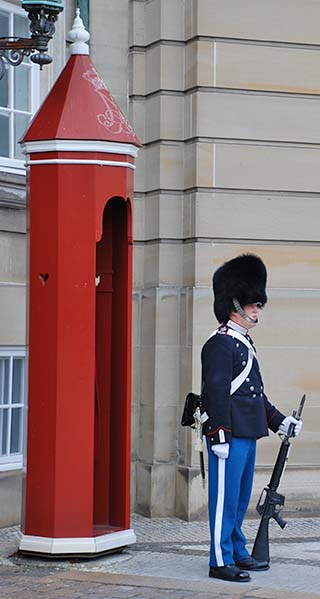 An on duty guard at Copenhagen's Amalienborg Palace. 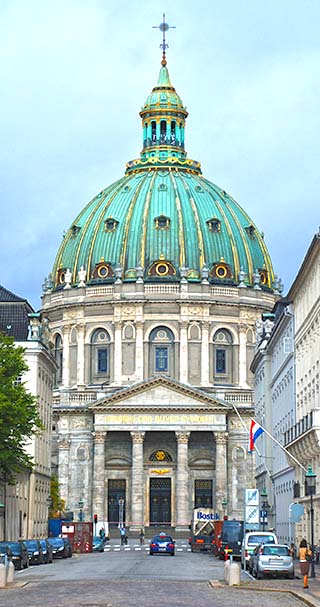 Copenhagen's "Marble Church" is an amazing structure, and a must visit if you come to Copenhagen. 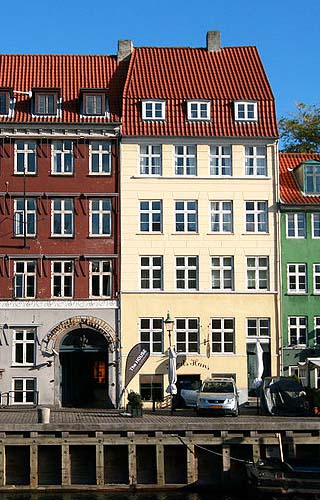 A small slice of buildings on the city's 17th century waterfront. 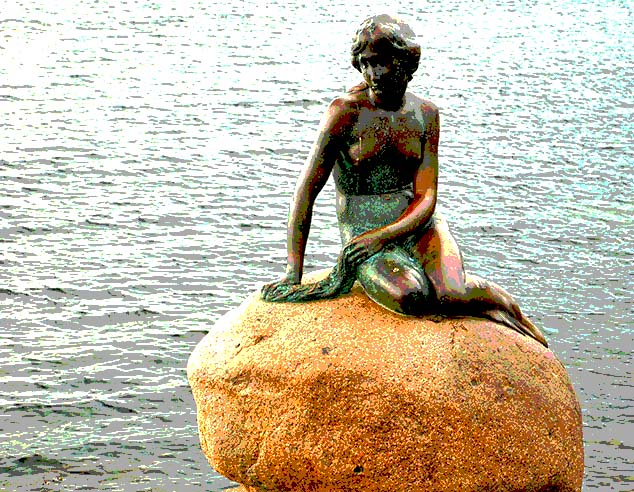 Like many cities in Europe, Copenhagen is also a city of landmarks, and arguably the most famous of these is the "Little Mermaid," a statue depicting a mermaid. Based on the fairy tale of the same name by Hans Christian Andersen, the small and unimposing statue is a Copenhagen icon and has been a major tourist attraction since 1913. It has become a popular target for defacement by vandals and political activists. The statue sits on a rock in the harbor off Langelinie promenade. 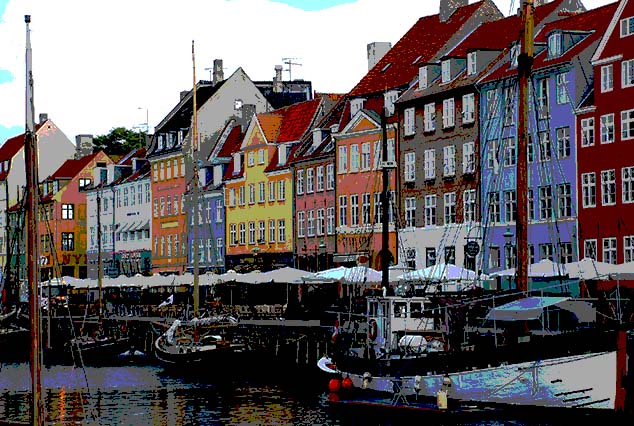 Nyhavn is a 17th century waterfront, canal and entertainment district in Copenhagen, Denmark. Stretching from Kongens Nytorv to the harbor front just south of the Royal Playhouse, it is lined by brightly coloured 17th and early 18th century townhouses and bars, cafes and restaurants. Serving as a "heritage harbour", the canal has many historical wooden ships. 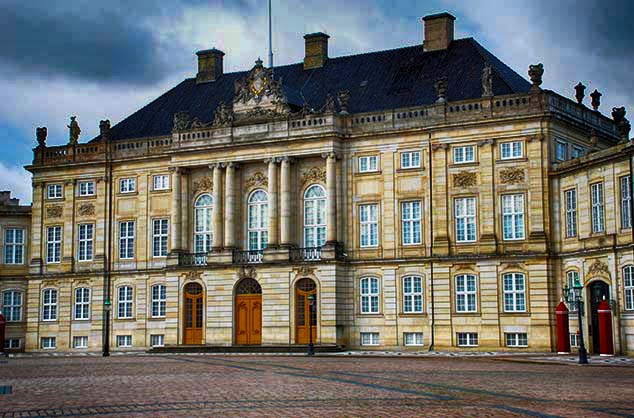 Amalienborg is the winter home of the Danish royal family in Copenhagen, Denmark. It consists of four almost identical palace facades with rococo interiors around an octagonal courtyard. This is one of the four palaces, Christian VII's Palace, also known as Moltke's Palace. It was originally built for Lord High Steward Adam Gottlob Moltke. Since 1885 it is used to accommodate and entertain prominent guests, for receptions, and for ceremonial purposes. 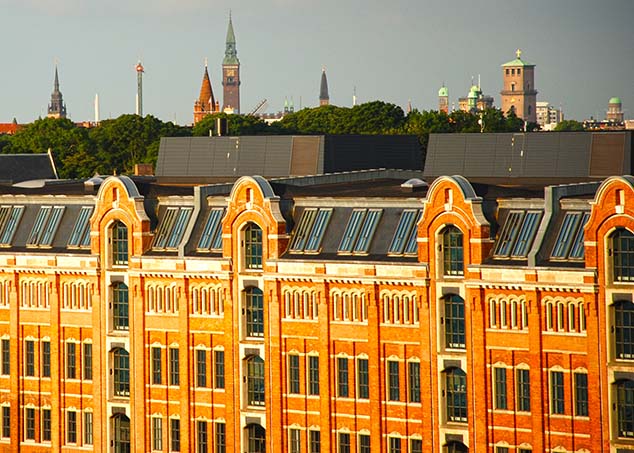 Much like Prague, the Copenhagen skyline is dominated by a series of Gothic towers, spires and other historic structures. 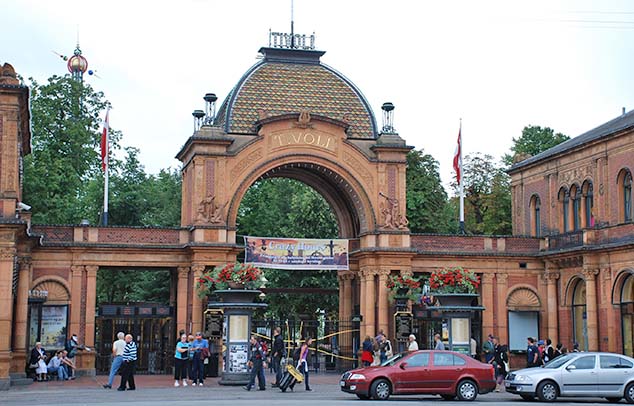 Tivoli Gardens (or simply Tivoli) is a famous amusement park and pleasure garden in Copenhagen, Denmark. The park opened on August 15, 1843 and is the second oldest amusement park in the world. With over 4 million visitors in 2012, Tivoli is the second most popular seasonal theme park in the world, the most visited theme park in Scandinavia and the fourth most visited in Europe, only behind Disneyland Paris, Europa-Park Rust and the Efteling. 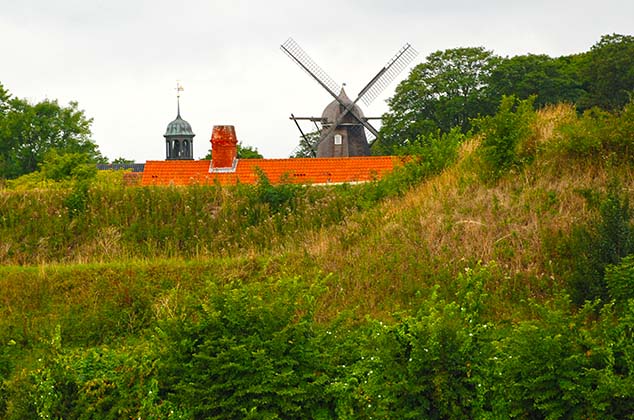 Copenhagen's Kastellet is one of the best preserved star fortresses in Northern Europe. Within the grounds there's a church as well as a windmill. The area houses various military activities and serves as a public park and a historic site. 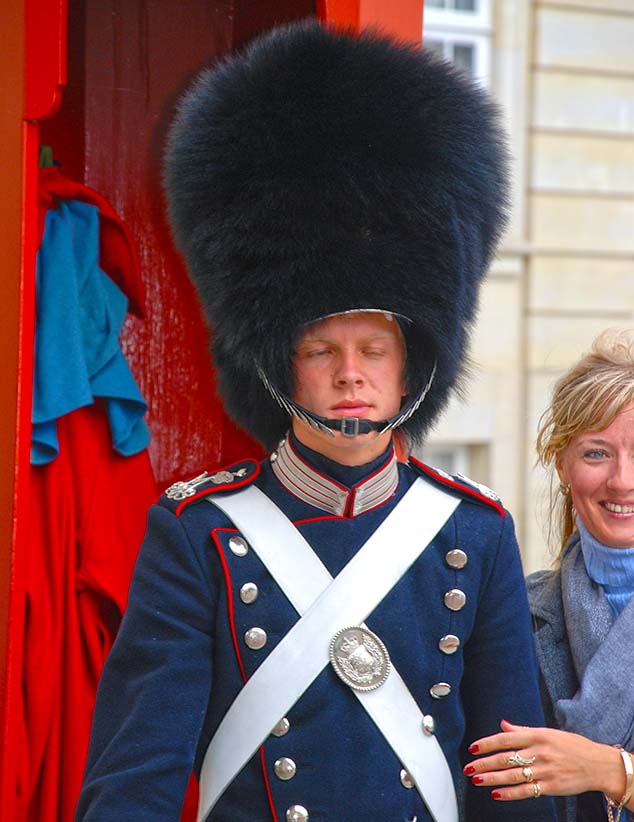 This is one of the guards at Copenhagen's Amalienborg Palace. I've included him here as the look on the guard's face is priceless, after a female tourist had forced herself on him for a photo, and he was none too pleased.