Prague is the capital and largest city of the Czech Republic and fourteenth-largest city in the European Union. The city has been a political, cultural, and economic center of central Europe during its 1,100-year existence.

Prague is home to a number of famous cultural attractions, many of which survived the violence and destruction of twentieth century Europe. Main attractions include the Prague Castle and St. Vitus Cathedral, the Charles Bridge, Old Town Square and the Jewish Quarter.

Since 1992, the extensive historic center of Prague has been included in the UNESCO list of World Heritage Sites. 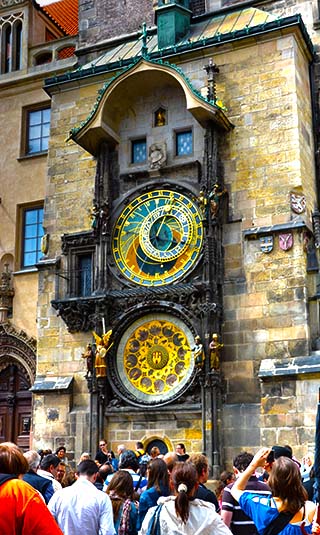 The Prague Astronomical Clock is a medieval astronomical clock that was first installed in 1410, making it the third-oldest astronomical clock in the world and the oldest one still working. It chimes on the hour, and tourists crowd the area in front of it to watch the show. 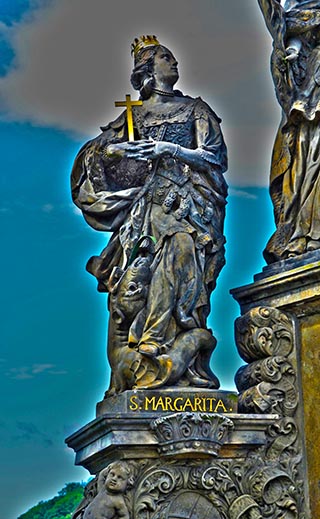 There are 30 statues mounted to Charles Bridge in Prague, and this is but one. 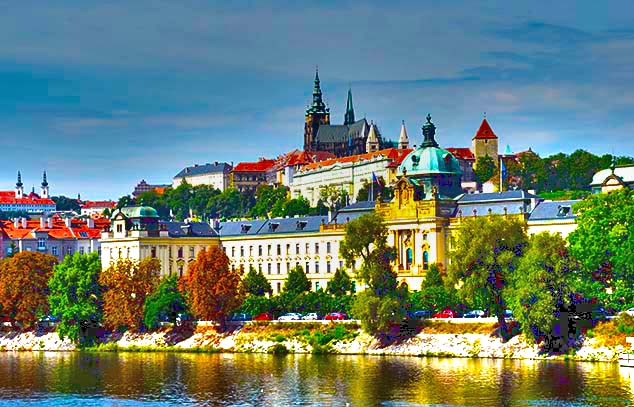 Prague Castle is where the Kings of Bohemia, Holy Roman Emperors and presidents of Czechoslovakia and the Czech Republic have had their offices. The Czech Crown Jewels are kept here. Prague Castle is the biggest castle in the world according to Guinness Book of Records the biggest ancient castle. The Prague Castle includes Gothic St Vitus Cathedral (center top), Romanesque Basilica of St. George, a monastery and several palaces, gardens and defense towers. Most of the castle areas are open to tourists. 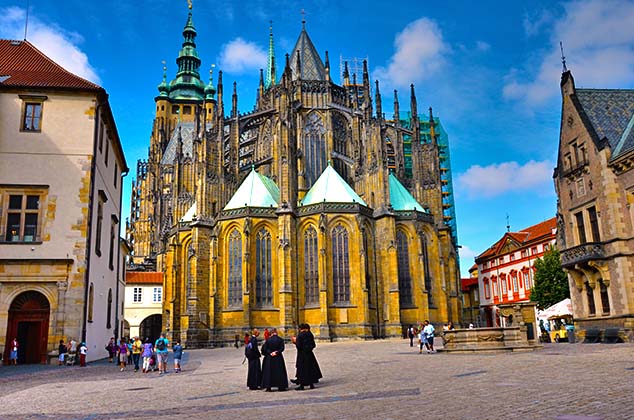 This is one view of the massive St. Vitus Cathedral, the seat of the Archbishop of Prague. Located within Prague Castle, it contains the tombs of many Bohemian kings and Holy Roman Emperors. The cathedral is an excellent example of Gothic architecture and is the biggest and most important church in the country. The cathedral is under the ownership of the Czech government as part of the Prague Castle complex. 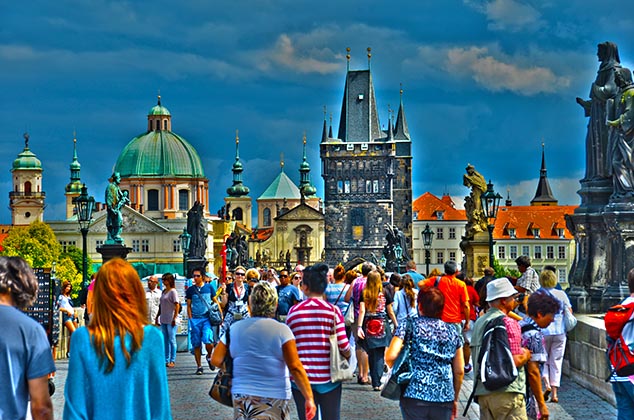 The historic Charles Bridge crosses the Vltava river in Prague. Its construction started in 1357 under the auspices of King Charles IV, and was finished in the beginning of the 15th century. The bridge is decorated by a continuous alley of 30 statues and statuaries, most of them baroque-style, originally erected around 1700 but now all replaced by replicas. At night Charles Bridge is a quiet place, but during the day it changes its face into a very busy venue with painters, owners of kiosks, and vendors alongside literally countless tourists crossing the bridge. 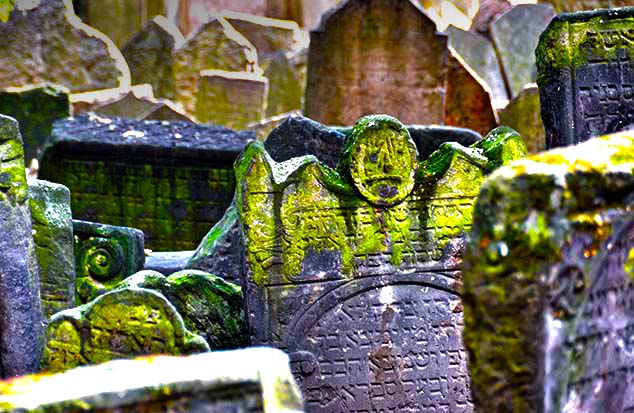 The Old Jewish Cemetery lies in the Josefov, the Jewish Quarter of Prague. It was in use from the early 15th century (the oldest preserved tombstone, the one of Avigdor Kara, dates back to 1439) until 1787.The numbers of grave stones and numbers of people buried there are uncertain, because there are layers of tombs. However, it has been estimated that there are approximately 12,000 tombstones presently visible, and there may be as many as 100,000 burials. 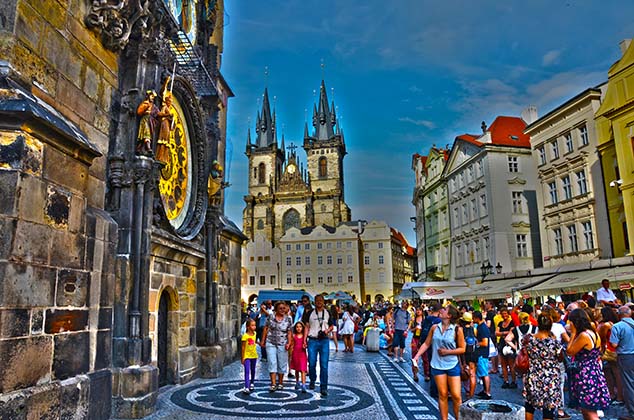 Old Town Square is an historic square in the Old Town quarter of Prague. Located between Wenceslas Square and the Charles Bridge, it is often bursting at the seams with tourists in the summer. It includes various attractions including the gothic Týn Church (center) and the Astronomical Clock (left). The square's center is home to a statue of religious reformer Jan Hus, who for his beliefs was burned at the stake.