The Jewish Quarter is the home of the remains of Prague's former Jewish Ghetto. The buildings in the Quarter contain the best preserved Jewish historical monuments in Europe. There are six synagogues, the Jewish Town Hall and the Old Jewish Cemetery.

The Old Jewish Cemetery is Europe's oldest surviving Jewish cemetery. It was founded in 1478. Due to lack of space, the deceased were buried on top of each other. It is estimated there are at least 100,000 people interred here. There are over 12,000 gravestones, and the last burial was in 1787.

The most prominent person buried in the Old Jewish Cemetery is without a doubt the great religious scholar and teacher Judah Loew ben Bezalel, known as Rabbi Loew (d. 1609), who is associated with the legend of the Golem. 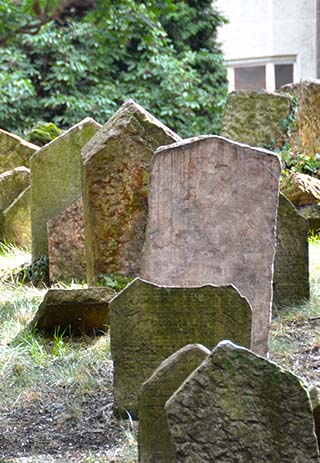 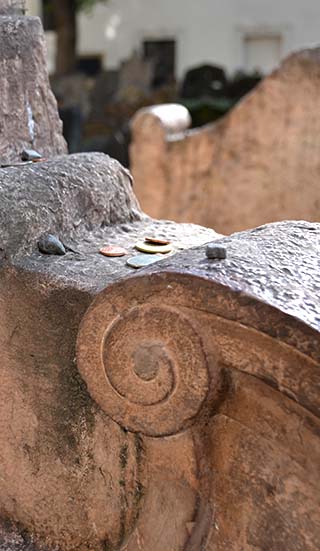 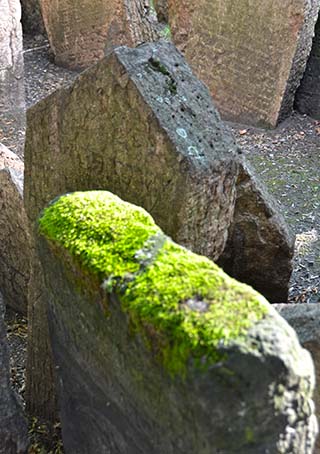 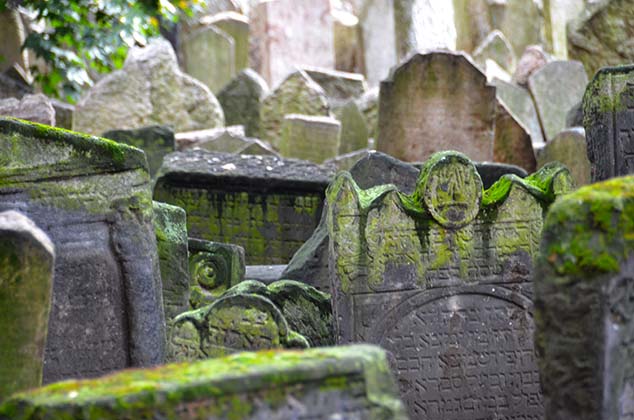 According to halakhah, Jews must not destroy Jewish graves and in particular it is not allowed to remove the tombstone. This meant that when the cemetery ran out of space and purchasing extra land was impossible, more layers of soil were placed on the existing graves, the old tombstones taken out and placed upon the new layer of soil. This explains why the tombstones in the cemetery are placed so closely to each other. This resulted in the cemetery having 12 layers of graves. 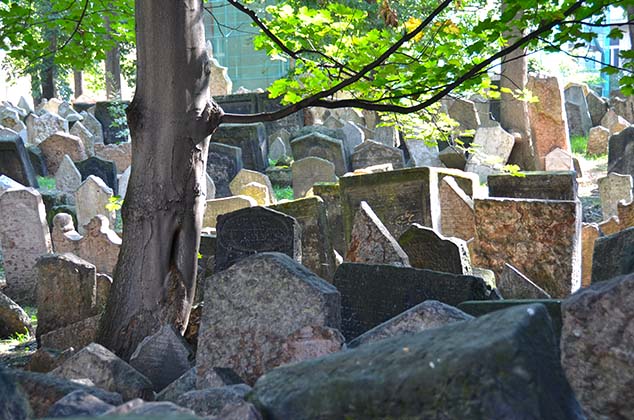 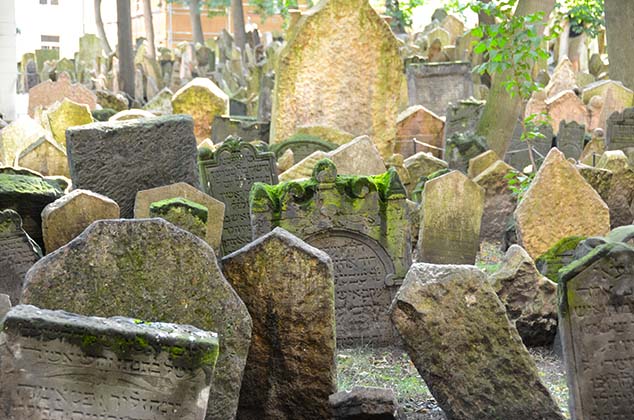 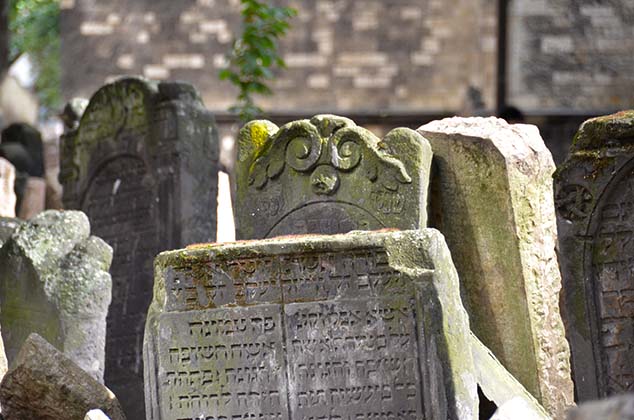 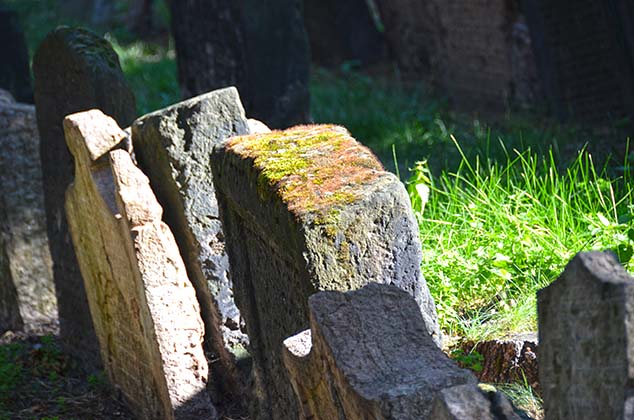 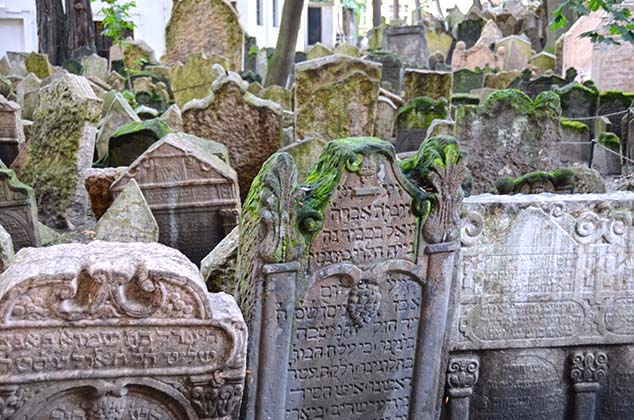 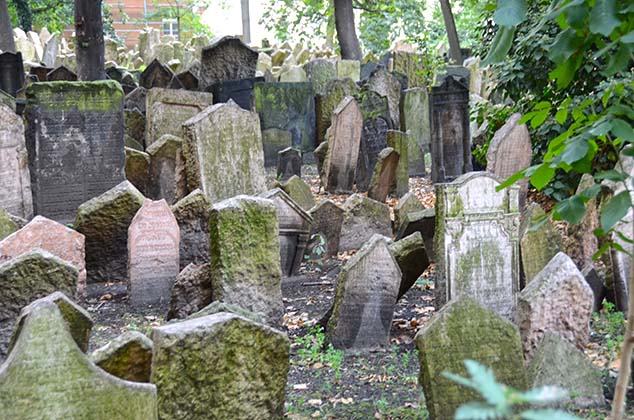 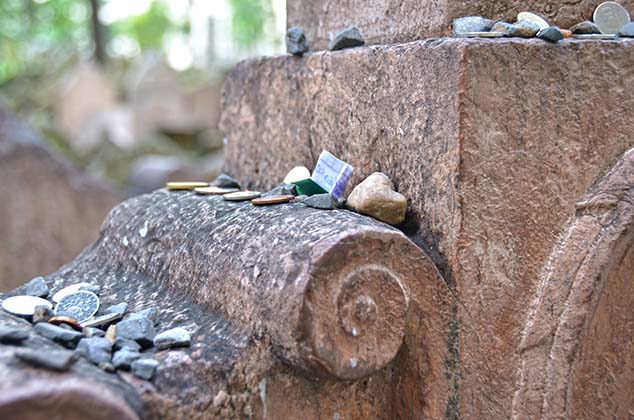