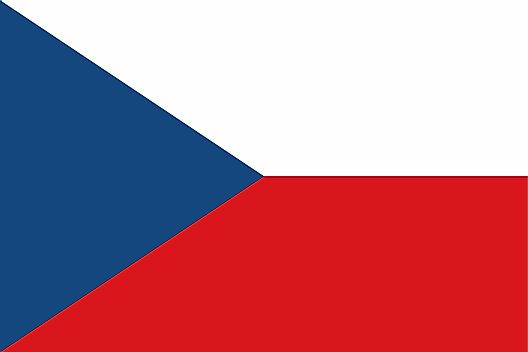 Revolts by the Catholics against the Habsburgs in 1618 marked the start of the Thirty Years' War, which quickly spread throughout Central Europe. In Prague, Protestant leaders were executed on the Old Town Square and all religions except Catholicism were banned.

In 1620, the rebellion in Bohemia was crushed, but the war had devastating effects as the Czech language was suppressed for the next 150 years and Prague lost most of its importance. This period in Czech history is referred to as the 'Dark Age.'

The situation improved some with the reigns of Marie Therese of Austria and her son Joseph II, Holy Roman Emperor. Together they ruled from 1740 to 1790, reducing the power of the Catholic Church, and granting political and religious rights to religious minorities.

Near the end of the 18th century national pride emerged as a popular (and successful) movement surfaced to finally bring the Czech language, culture and national identity back to life.

That pride stretched into the Industrial Revolution of the 19th century as factories were constructed, new railways opened and a level of stability returned. 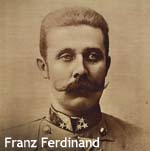 And then in 1914, Franz Ferdinand, the Archduke of Austria was assassinated in Sarajevo. His assassination caused Austria-Hungary's declaration of war against Serbia. This brought Germany and other countries into the conflict, and World War I began.

By war's end, millions were dead including an estimated 150,000 Czech soldiers. Some large European powers (including Germany and Russia) lost vast tracts of land, and were militarily and politically defeated by the allies.

With the collapse of the Austro-Hungarian Empire after World War I, the Czech lands and Slovakia jointly proclaimed the establishment of independent Czechoslovakia on October 28, 1918, and Prague became the capital.

In the mid-1930s, more than 3 million ethnic German inhabitants of the northern, southwest and western regions of Czechoslovakia (called the Sudetenland) began calling for, and demanding autonomy. Across the border in Germany, Adolph Hitler was listening.

In September of 1938, seeing a chance to appease Hitler and avoid a war in Europe, Britain, France, Italy and Germany signed the Munich Pact, giving Hitler the right to invade and claim Czechoslovakia's border areas, thus liberating the unhappy German inhabitants.

On March 15, 1939, Czechoslovakia was invaded by Hitler's army. The border territories were seized by Germany and the rest of the country was occupied by Nazi Germany until the end of World War II in 1945.

Approximately 350,000 Czechoslovakian citizens, including 275,000 Jews, were killed or executed while hundreds of thousands of others were sent to prisons and concentration camps, or used as forced labor.