A bridge and causeway connect Singapore to the Malaysia mainland, and speaking of land, because of the aggressive current patterns of the Strait of Singapore, there are much-needed and on-going land reclamation projects

A well-dressed doorman at the Raffles Hotel 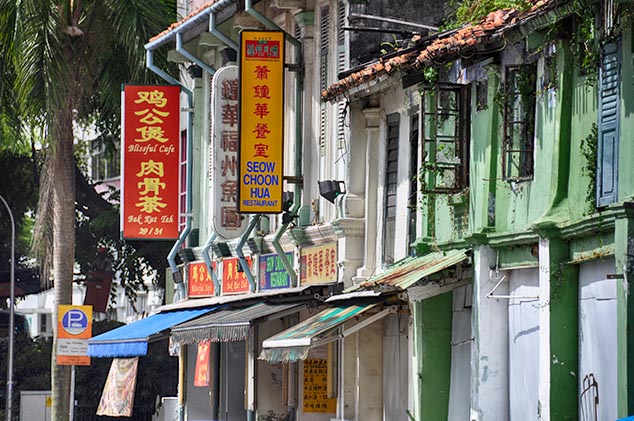 Classic and colorful Colonial buildings in Singapore's 'Old Town,' most now used as shops or restaurants. 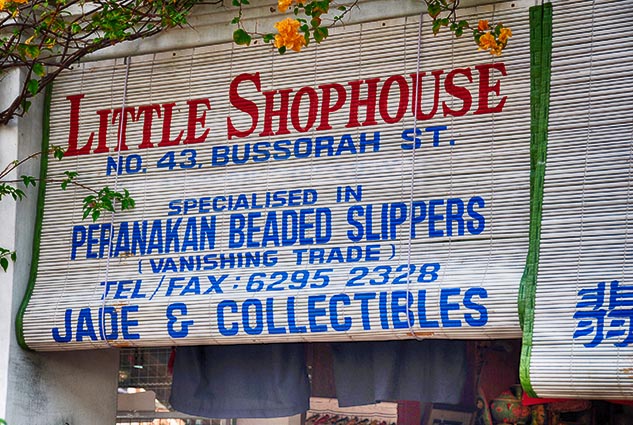 As you may, or may not know, when I travel to new places around the world one of my favorite subjects to photograph are signs, and I liked this one in Singapore a lot, especially the (vanishing trade 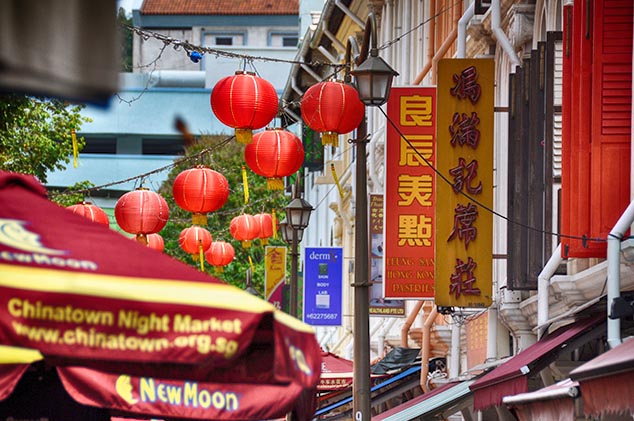 Singapore's Chinatown is an ethnic neighborhood that retains significant historical and cultural significance. Large sections of it have been declared national heritage sites officially designated for conservation by the Urban Redevelopment Authority. It's a fun place to shop. 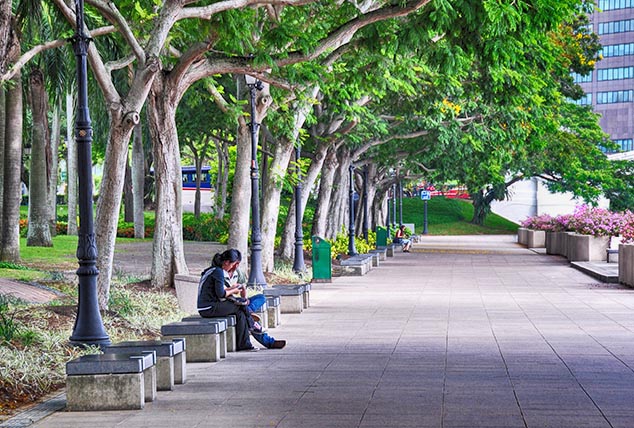 Singapore is the cleanest city of size I've ever visited. Another nice feature of the city is the well-designed public parks. 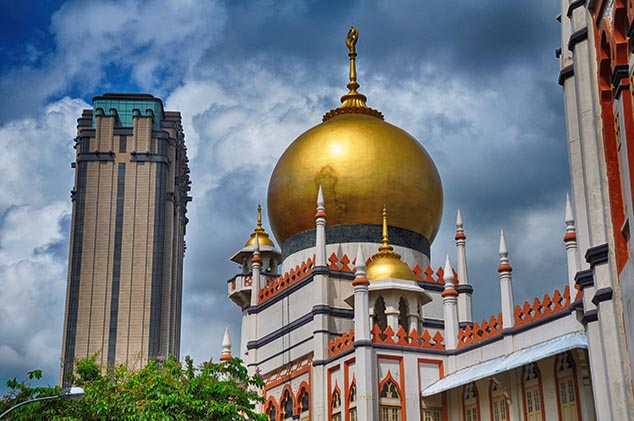 The Sultan Mosque is considered one of the most important mosques in Singapore. It has remained essentially unchanged since it was built in 1824. Today this aesthetically pleasing structure is a national monument. 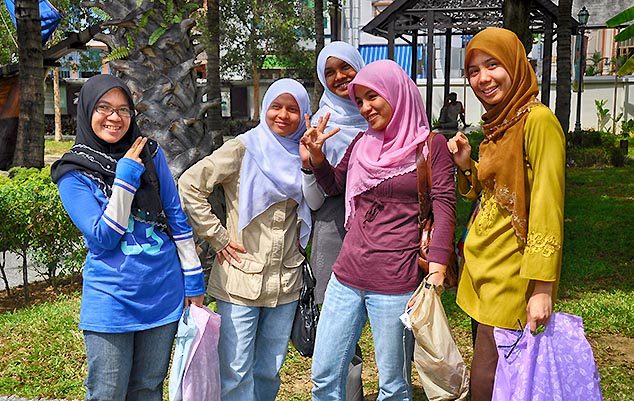 My wife and I met these 5 smiling faces in 'Old Town.' They gave us lots of advice on what to see and what to do, and because of them we visited Singapore's National Orchid Garden. See the results of that experience on Page 3. 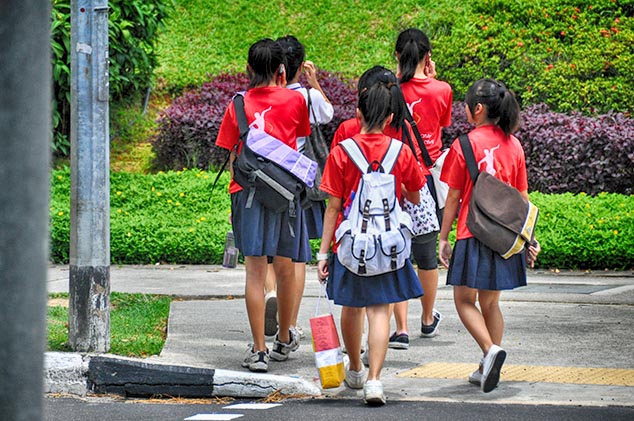 And speaking of girls, I spotted this group of uniformed school girls walking in the city, and like young women most everywhere, they were all on their cell phones. 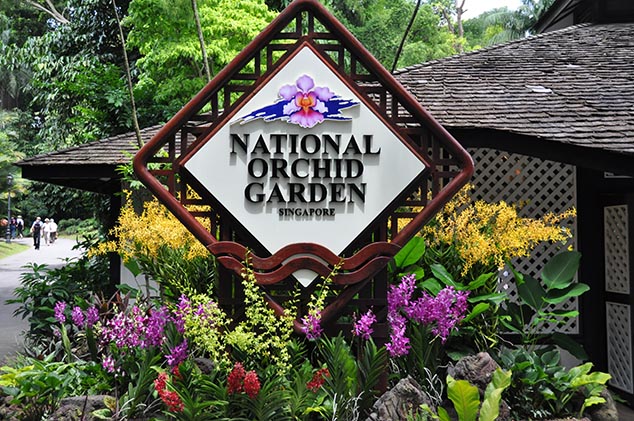 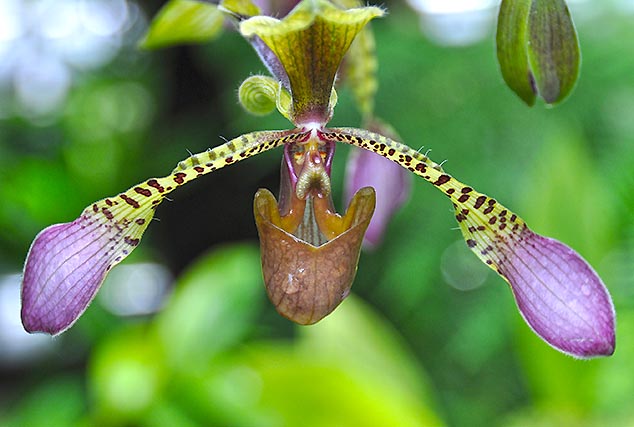 Nicknamed the "Alien Orchid," it is one of the many exotic plants on display. Have you noticed the eyes, nose and mouth? 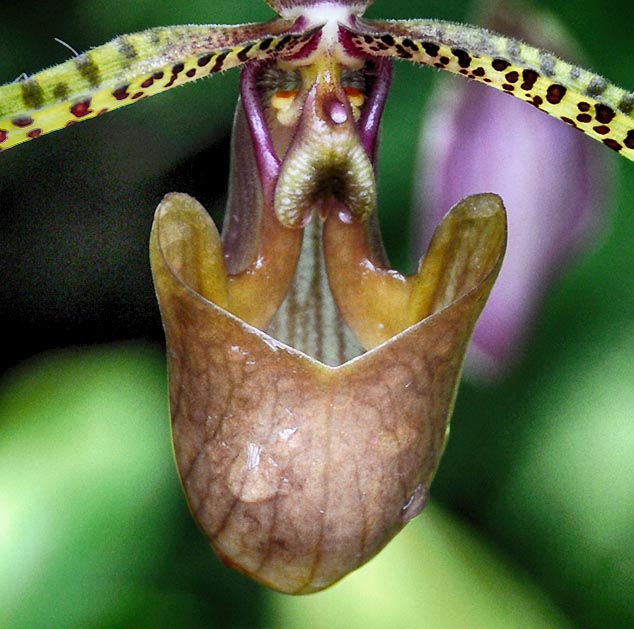 Closeup of the "Alien Orchid." 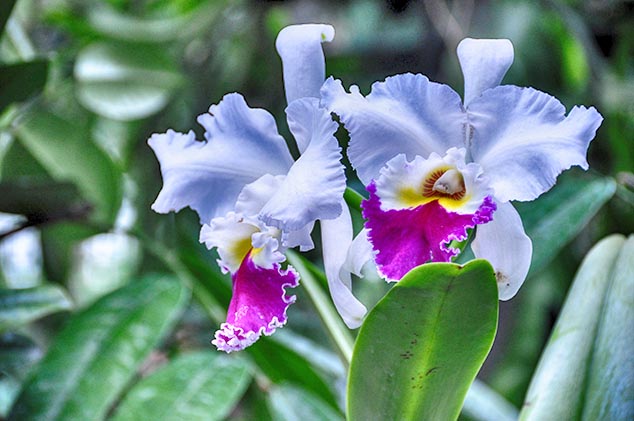 Beautiful flowers within the Orchid Garden. 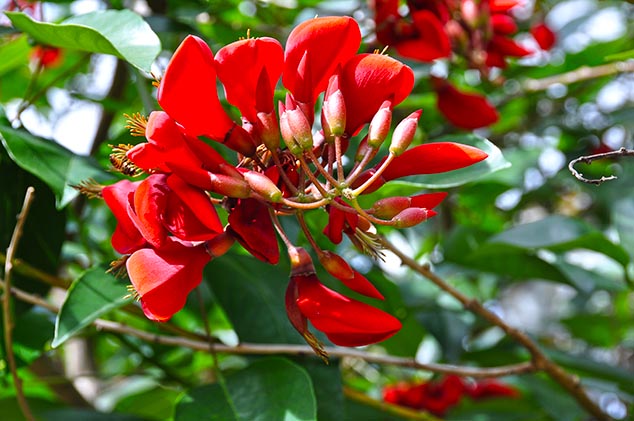 Unidentified flowers within the garden, and all of the flowers looked so healthy. 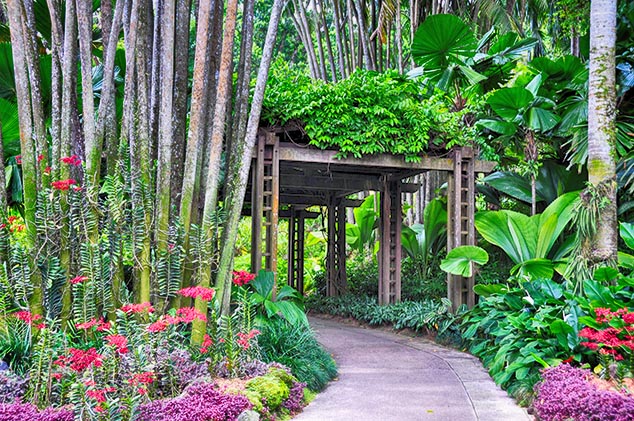 A fairly typical trail through the Orchid Garden, note the thick plant growth on both sides. 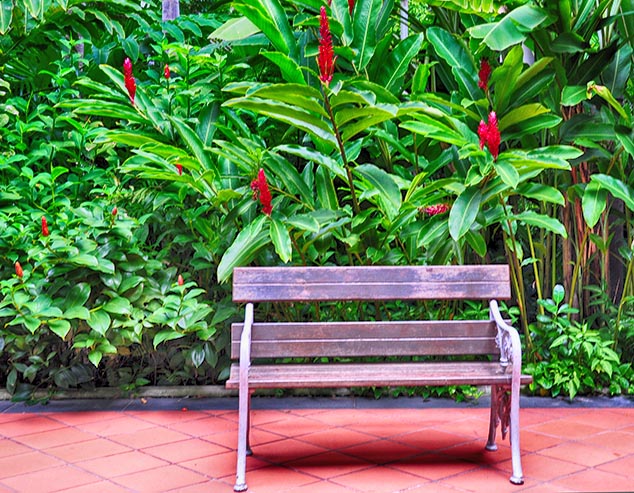 Every traveler needs a break, and as you can see this bench has been well-used for same. I was no exception. 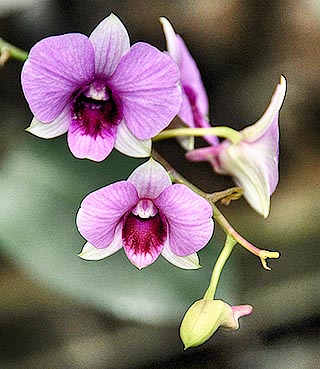 A lovely palnt in the Orchid Garden. 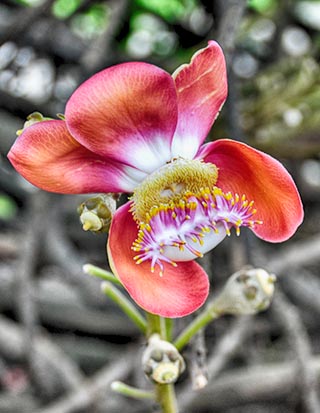 The flower of the Cannonball Tree. 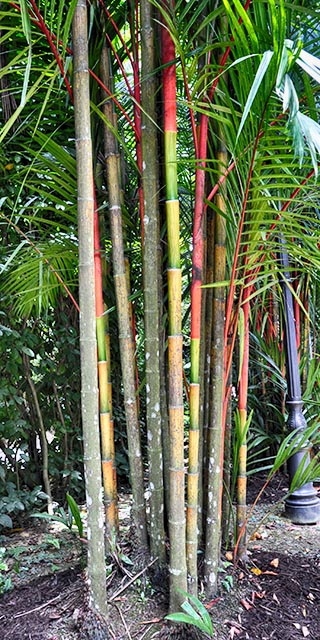