A bridge and causeway connect Singapore to the Malaysia mainland, and speaking of land, because of the aggressive current patterns of the Strait of Singapore, there are much-needed and on-going land reclamation projects. 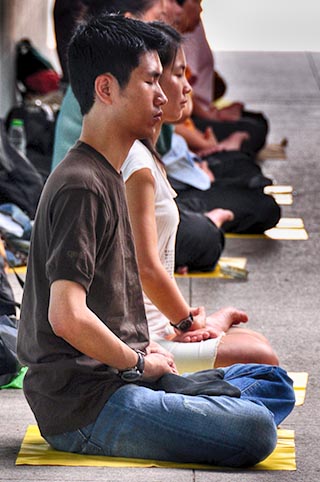 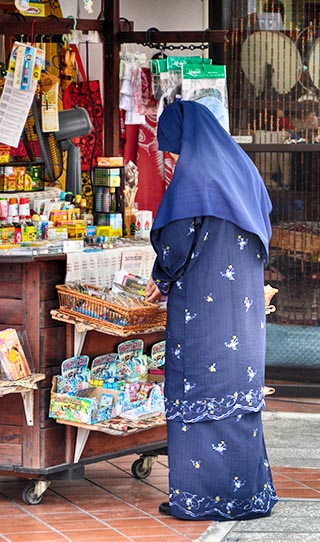 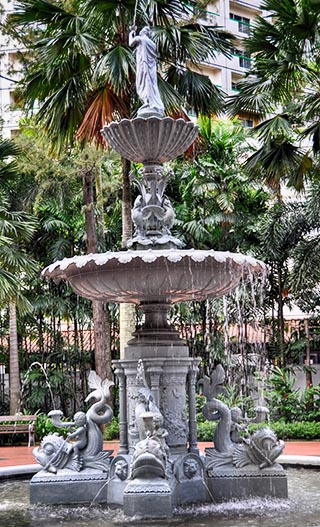 A stylish fountain in Singapore. 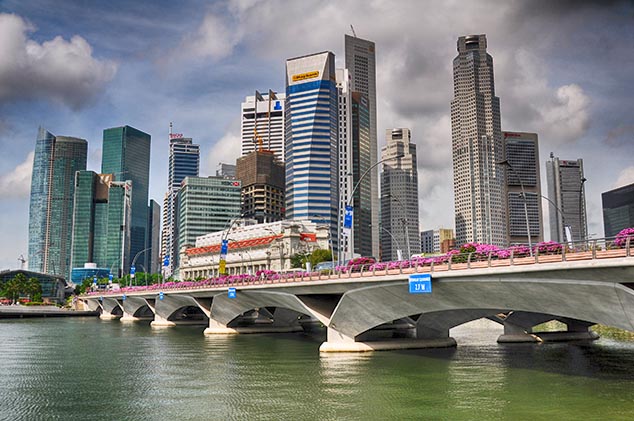 This is Singapore's financial district, a small slice of the city's impressive skyline. Much like Hong Kong, modern, stylish structures reach for the sky and the city has 59 skyscrapers that rise higher than 140 m (459 ft). Since 2000, there has been a sharp increase in the number of skyscrapers under construction and Singapore now has over 4,300 completed high-rises. 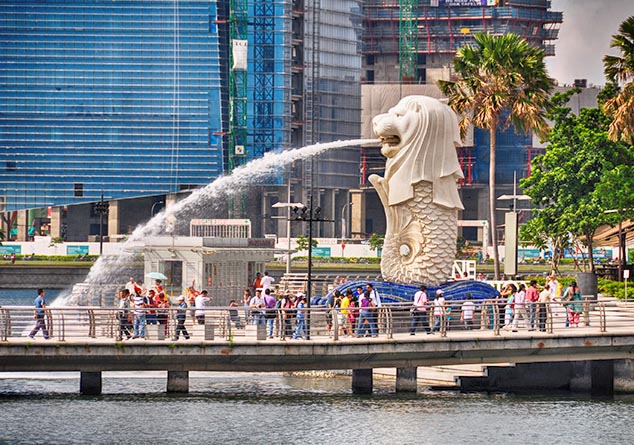 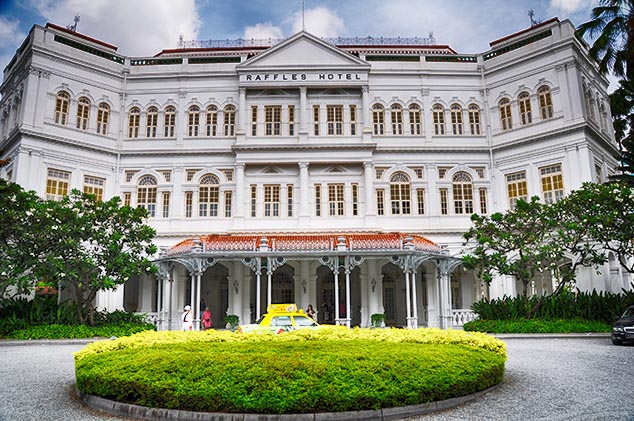 Perhaps the best known icon in Singapore is Raffles, a beautiful and pricey colonial-style hotel established in 1887 and named after Stamford Raffles, the founder of modern Singapore. Did You Know? The Raffles Hotel is where the Singapore Sling was invented by bartender Ngiam Tong Boon. 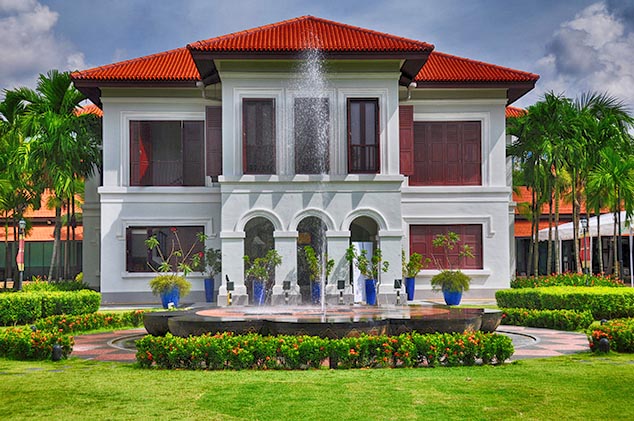 All but destroyed by civil war (more than once), this is the former Istana Kampong Glam, home to the royal family of Singapore until the late 1990s. This beautiful building, and its grounds, are now a Malay Heritage Center. 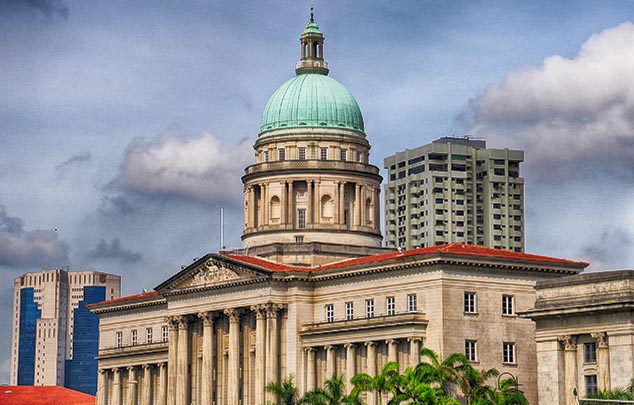 In a city of modern architecture and towering skyscrapers stands Singapore's Old Supreme Court Building, the last structure in the style of classical architecture to be built in the former British colony. It is currently being refurbished into an arts and cultural center. 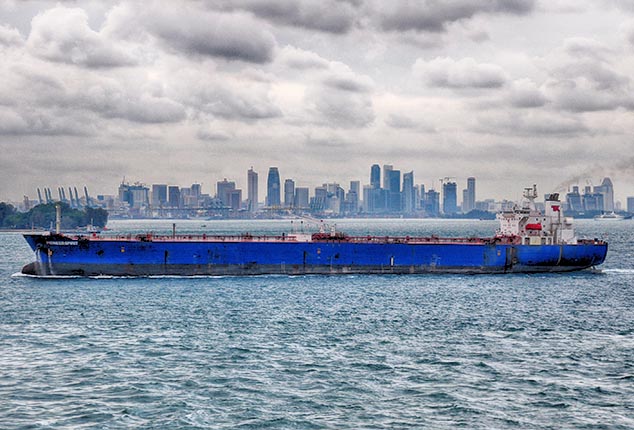 Did You Know? The Port of Singapore is currently the world's second-busiest port in terms of total shipping tonnage, it also tranships a fifth of the world's shipping containers, half of the world's annual supply of crude oil, and is the world's busiest transshipment port. In 2013 the port handled 32.6 million TEUs (20 foot containers) and early in 2014 plans for a new mega port were announced. Wow! 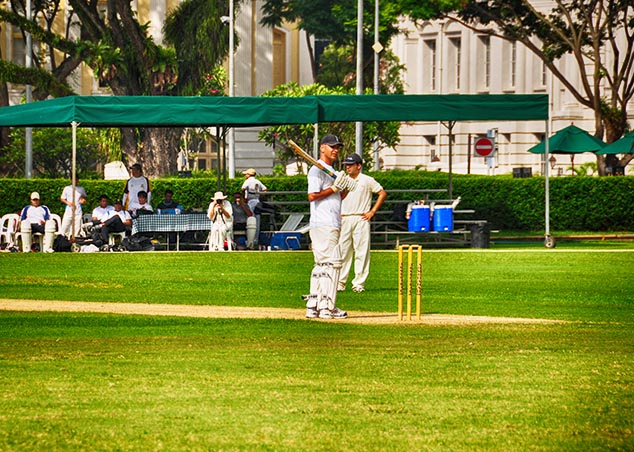 Cricket was first played in southern England in the 16th century. By the end of the 18th century, it had developed into the national sport of England. The expansion of the British Empire led to cricket being played overseas, and in Singapore, like in many Southeast Asia countries, cricket is now a religion.