Semarang is the fifth largest city in the country of Indonesia, and a very significant port. Its harbor is at the heart of central Java, so this Asian city is a regional center of commerce.

Not really a major tourism destination, but Semarang does have its own charm with some stylish Dutch colonial architecture, an active Chinatown, plenty of shopping venues and green spaces at every turn.

Residents of Semarang pride themselves on being naturally friendly hosts, and they certainly are. 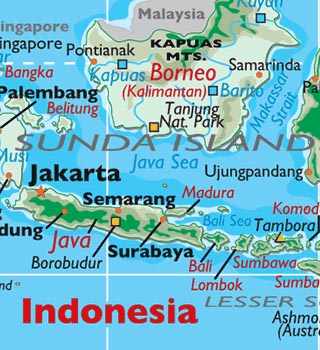 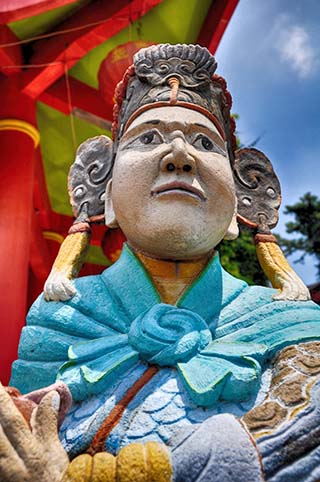 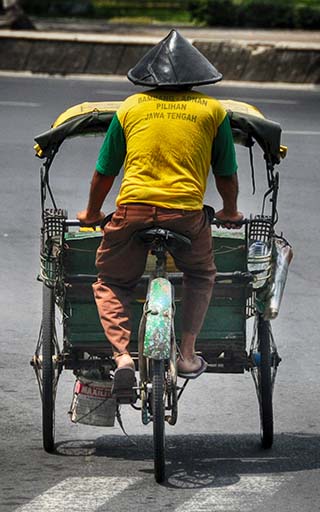 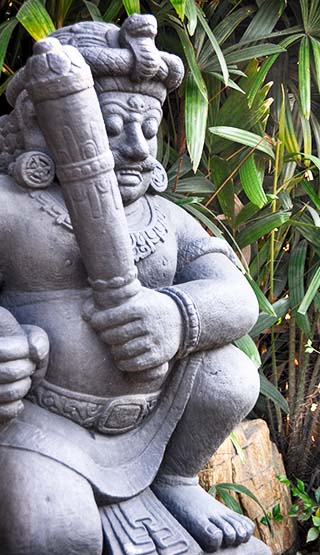 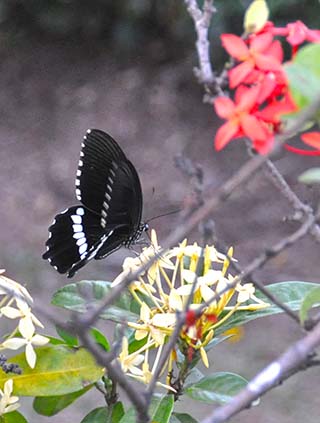 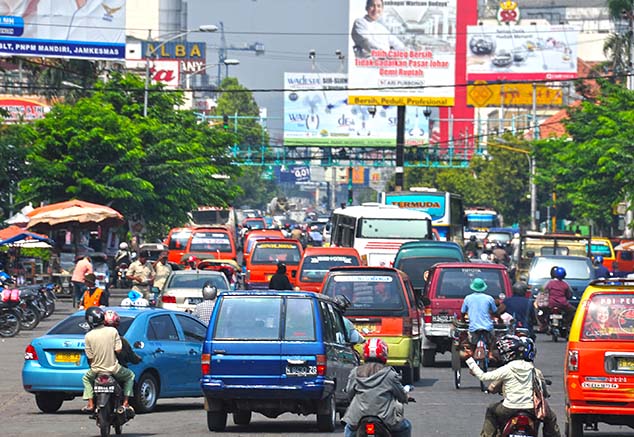 Semarang has an estimated 2 million people that call it home, and city streets are often chaotic, as a wide mix of buses, scooters, taxis and trucks all fight for their individual space - not to mention hundreds of billboards. 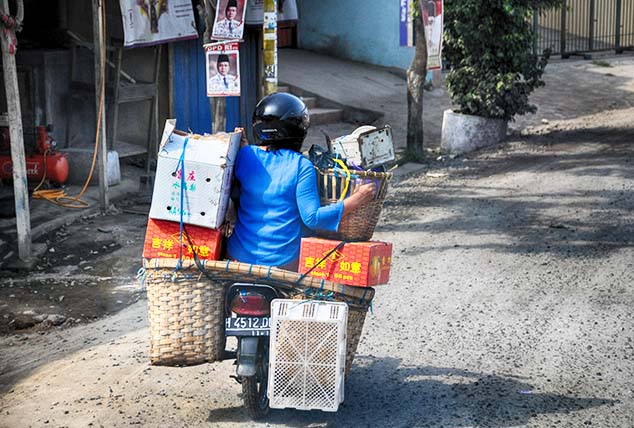 Across Indonesia, and for that matter southeast Asia, scooters are the major mode of transportation for millions. They're used for a variety of purposes, and many are frequently overloaded. This looks a bit dangerous to me. 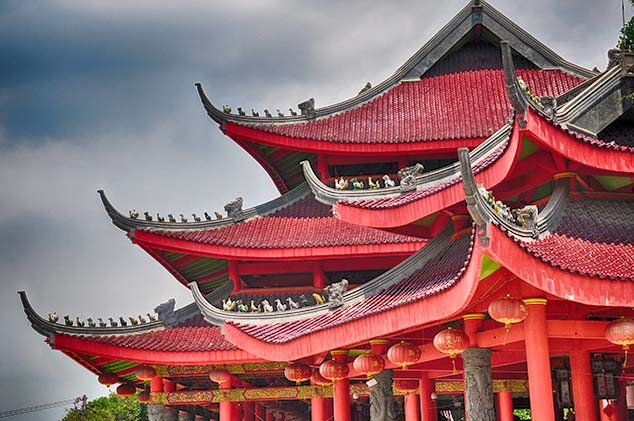 One of the temple buildings in the impressive Sam Po Kong temple complex in Semarang. It was extensively renovated in 2006 to celebrate the 600th anniversary of Cheng Ho's voyage to Semarang. Cheng Ho was a mariner, explorer, diplomat, and fleet admiral during China's early Ming Dynasty. 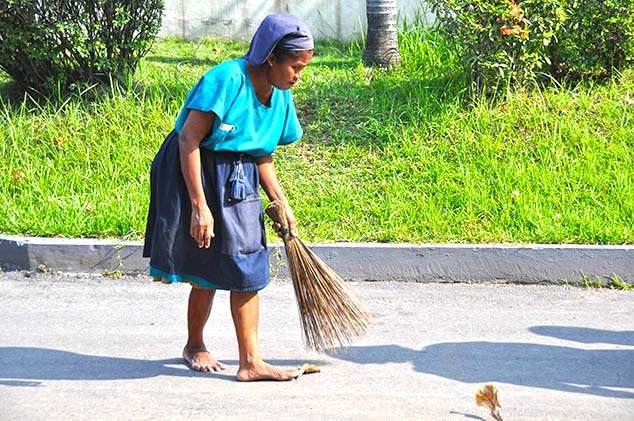 I watched this barefoot street sweeper in Semarang for some time as she tried her best to capture a wayward tree leaf. She was very determined, but had little success on a very windy day. 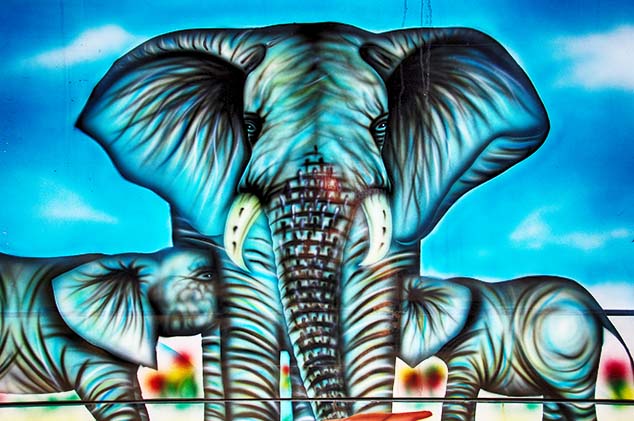 This amazing piece of elephant street art covered most of the wall of a local shop. The colors were just mesmerizing. 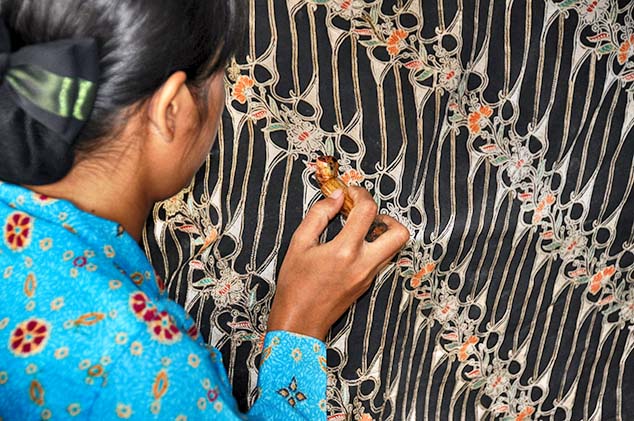 I discovered this woman on a side street in Semarang, and she was busily painting intricate details onto a hand dyed fabric. It's called Batik art, and some women in Java use their skills at same to generate income for their families. 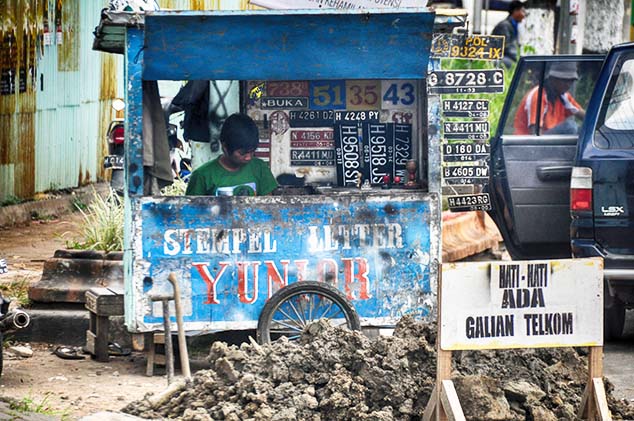 It appeared to me that this street vendor in Semarang was selling old scooter and passenger vehicle license plates. I looked on eBay, and sure enough, they're offered for sale at fairly substantial prices. He probably was also selling existing vehicle plates and registration stamps but it was hard to tell exactly. I did note the rubber stamps on his shop counter. 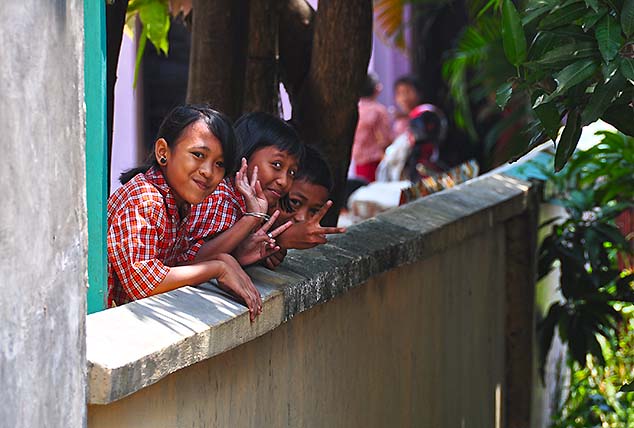 I think these three smiling faces best represent the welcoming people of Indonesia. It's a friendly, happy place.