Hong Kong
Hong Kong, one of the world's most popular tourist destinations, and a true economic powerhouse, was once just a small fishing village on the edge of the South China Sea.

Notable attractions within the city include Victoria Harbour and Victoria Peak, which offers expansive views of the city and its harbors.

A policewoman on duty at Stanley Market.

A young protester in the city center. I have no idea what he was for, or against, but he looked pretty serious to me. 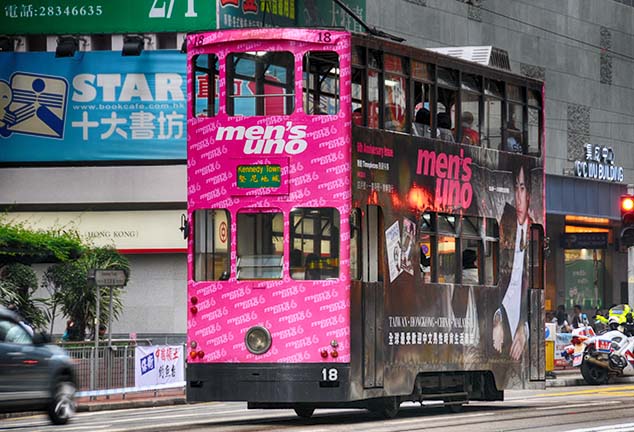 Public transportation is well organized in Hong Kong, and much like Lima, Peru, buses and trams are everywhere. 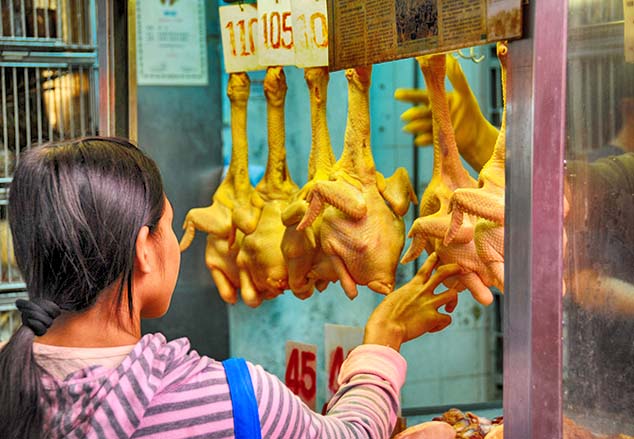 This young woman is selecting a chicken for dinner in one of the city's market. And yes, there still are some shops in Hong Kong where a live bird can be selected, and right in front of your eyes, well, you don't want to know the rest. 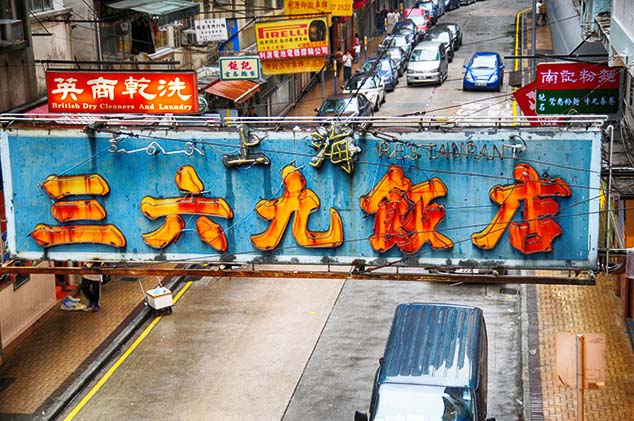 This is my favorite sign from my many trips to Hong Kong, China; to me it has a perfect color combination. What it says I have no idea, but i photographed it anyway. 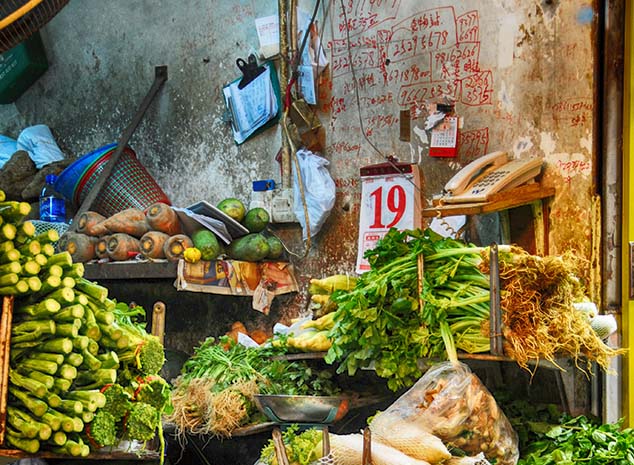 On a very crowded neighborhood street in the city, this was a rather typical outside vegetable market. 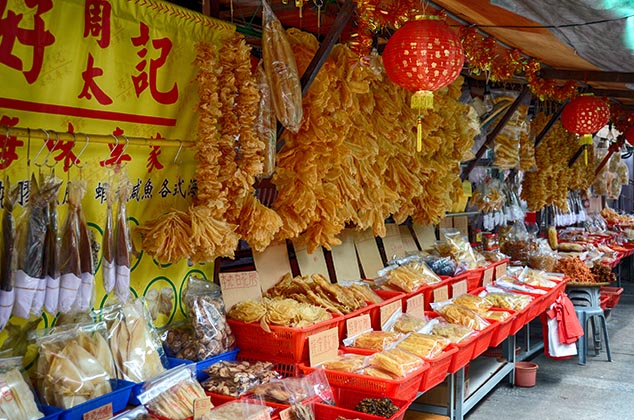 Wander through Hong Kong and you will see street markets selling a variety of products; some quite mysterious. 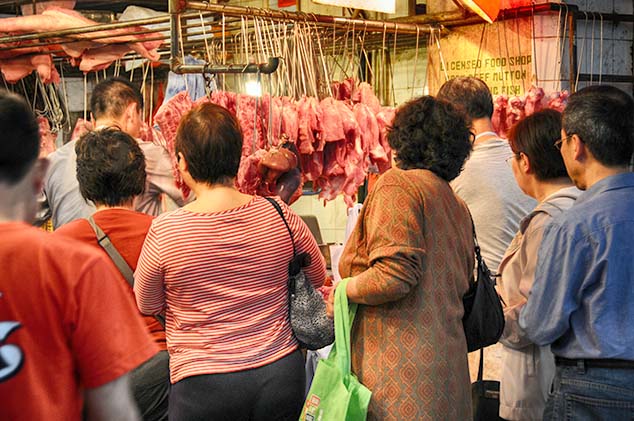 For locals going home at the end of the workday, buying meat on the street for dinner is commonplace. While looking at the local shops I found most of them to be quite clean, and often a license was on display. 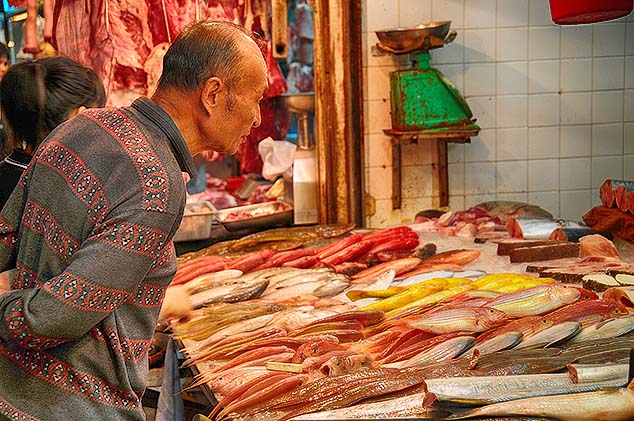 Is he smelling the fish, or just looking? I couldn't wait long enough to find out.